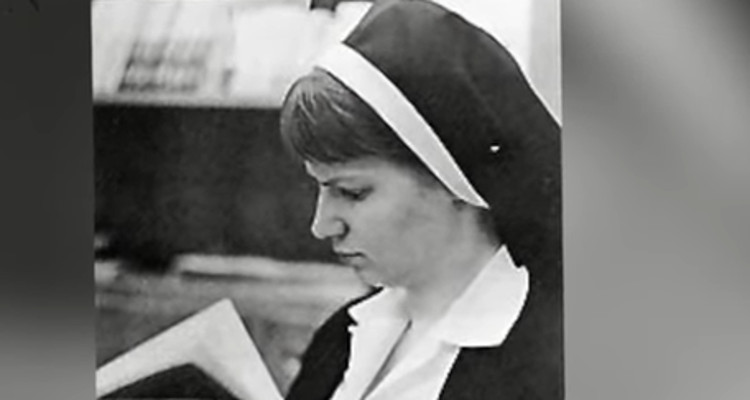 Netflix’s new series, The Keepers is bringing attention to the decades-long murder case of Sister Cathy Cesnik of Baltimore. Cesnik was found murdered in 1969 and her killers have never been caught. People are hoping that the new documentary will shed fresh light on and help bring closure to this case.

The controversial murder of Sister Cathy Cesnik, whose body was found in November 1969 in a garbage dump on the outskirts of Baltimore, will soon be revisited. Cesnik was murdered in 1969, and her killer was never found. At the time, some women who were close to Cesnik believed that she was killed to cover up an alleged underage prostitution and molestation ring at the school Cesnik taught at. Though this case was never solved, it is again under the spotlight as the subject of The Keepers, Netflix’s new seven-part docuseries. Keep reading for some details from Sister Cathy Cesnik’s wiki.

Netflix tasted huge success with the Making a Murderer and Amanda Knox series. Now, they’re getting to the heart of a nearly 50-year-old unsolved murder case, that continues to baffle police and fascinate the public. In November 1969, Sister Cathy Cesnik, who taught English and drama at Archbishop Keough High School in Baltimore, vanished while on a Friday night shopping trip. Students, parents, and local media were shocked at the disappearance of the 26-year-old nun. People from all over Baltimore helped the police search local parks and wooded areas for any sign of Cesnik. However, her body was not found until two months later when police announced that hunters who were passing through a dump outside Baltimore had inadvertently found her body.

Upon examination, it was found that Cesnik had strangulation marks on her neck and a round hole in the back of her head. The autopsy confirmed that Cesnik was killed by a blow from a blunt object, likely a brick or hammer. Though police investigated the case, no information came to light, and the case was never solved. There was renewed interest in the case in 1994, after a group of women came forward with claims of being sexually abused while at Archbishop Keough High School by its then-chaplain, Father Joseph Maskell.

The Wolf in Priest’s Clothing

Father Joseph Maskell was a burly, charismatic priest, who won the confidence of students’ parents by being a model priest whom they could trust. He was the chief spiritual and psychological counselor of the school, who baptized their babies and often gave female students rides home or took them to their doctor’s appointments during the school day. The truth, according to these women, is that Maskell was a predatory sexual abuser who preyed on young, scared, and helpless girls. They alleged that he would threaten to have them expelled for drug possession, sent to a juvenile detention center, or even turn a gun on them, should they report him. Maskell died in 2001.

Netflix will now release a seven-part docuseries about Sister Cathy Cesnik called The Keepers on May 19, 2017, and try to give a new perspective to this decades-old mystery. Director Ryan White says, “We never set out in making this to solve a murder, but what has happened through making it is it has drawn people out in a way that wouldn’t have happened if there wasn’t going to be such a scrutiny or risk of exposure.”

Sister Cathy Cesnik was described as being warm, exuberant, and strikingly beautiful by those who knew her. She played the guitar and wrote musicals for her female students to perform on stage. She invented creative games so that the girls could improve their vocabulary and learn new, obscure, words. Students loved Cesnik and would often go to her apartment to talk, play music, and sing. It has been said that some students told her about Father Joseph Maskell’s abuse, with Cesnik saying she would look into the matter. Not too long after that, she was murdered and the issue was swept under the rug. With the release of The Keepers, people are hoping that this case will be finally solved and the girls will have closure.

All seven episodes of The Keepers will be available to steam on Netflix on May 19, 2017.