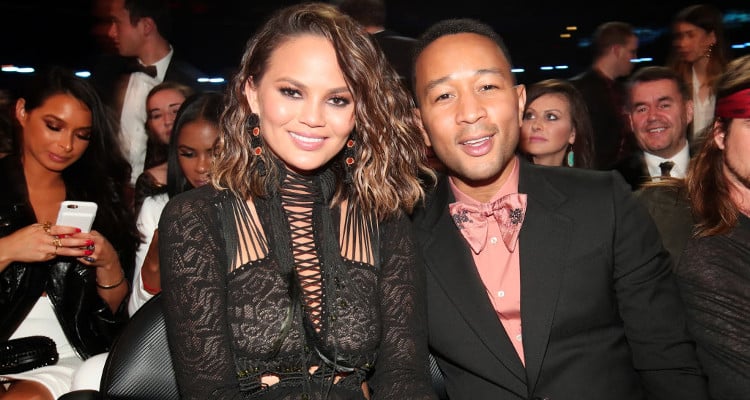 John Legend and Chrissy Teigen gives us all some serious relationship goals! The “Love Me Now” singer posted a photo on Instagram with his wife at the 59th Grammy Awards. See it here!

John Legend just made our day by posting a stunning picture of himself and his wife, Chrissy Teigen at Sunday’s Grammy Awards on Instagram. The couple are truly stunning in the picture. John wore a peach shirt with a fitted blazer, and Chrissy looked stunning in a black cut out dress. 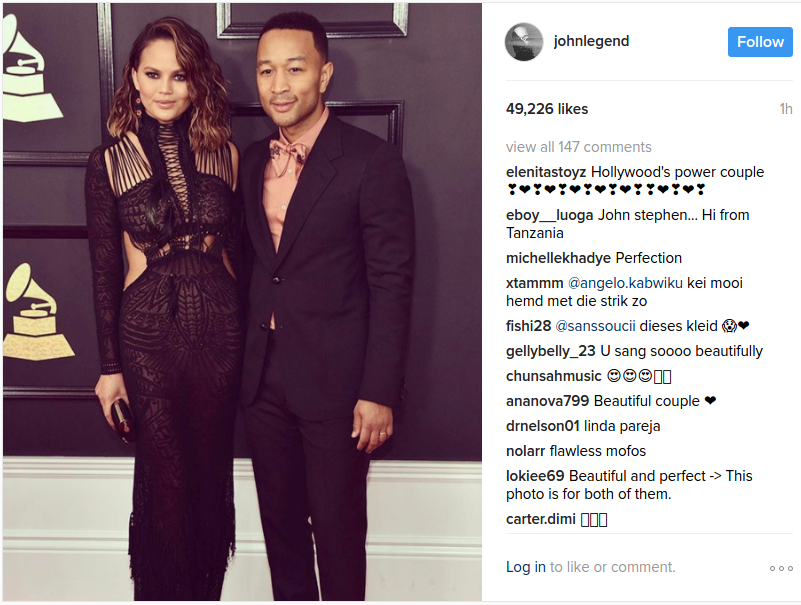 Chrissy Teigen and John Legend are more than just a picture-perfect couple. They are constantly complimenting each other online and always look so in love. John and Chrissy dated for four years before getting engaged in December 2011, and then married on September 14, 2013 in Como, Italy. In 2016, Chrissy and John welcomed their daughter, Luna Simone Stephens to the world. Just like her parents, Luna is a little fashionsta and has traveled a lot.

John and Chrissy looked great at the Grammy Awards last night (February 12). During the 2017 Grammy Awards, John Legend and Cynthia Erivo performed the song, “God Only Knows” by The Beach Boys to remember musicians and those within the music industry, who passed away last year. John Legend has been nominated for 28 Grammy Awards, and has won 10 to date. His most recent win was Best Song Written for Visual Media for the song “Glory” with Common. 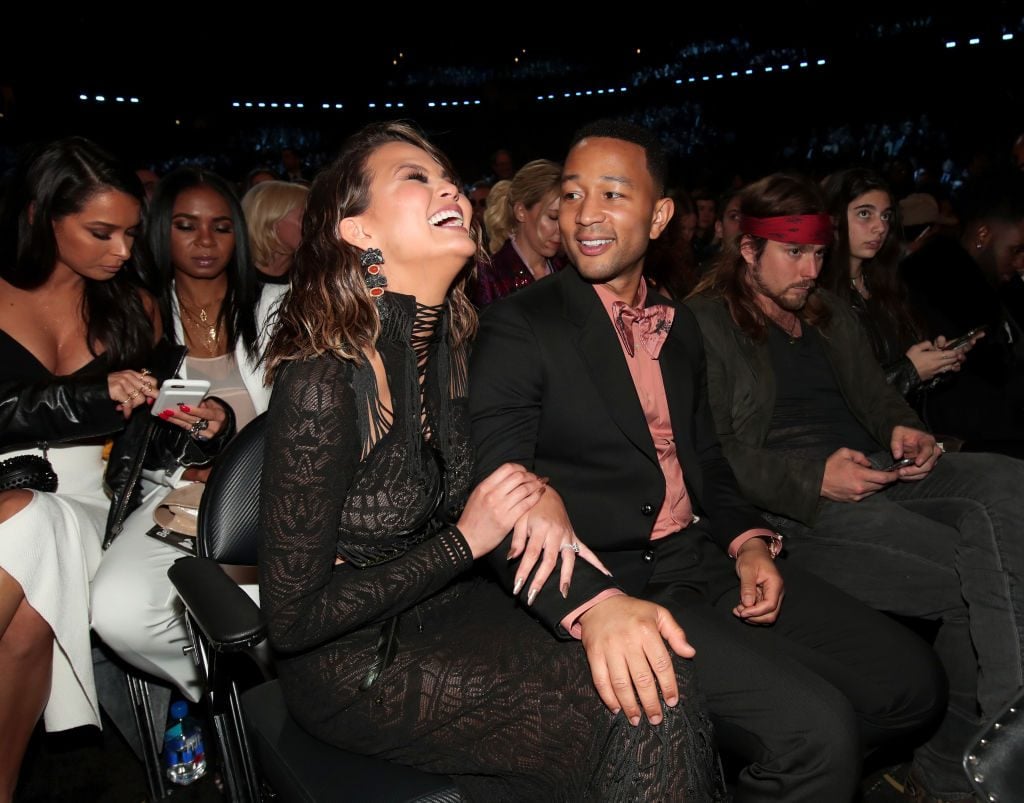