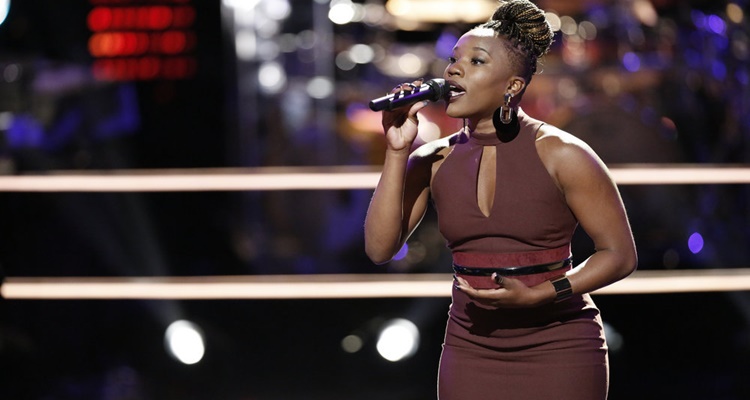 Simone Gundy has captivated millions of hearts all across America with her soulful voice. Here is everything you need to know about The Voice season 11 contestant, including her wiki, age, songs, job, boyfriend, and parents.

Simone Gundy has quickly become a household name thanks to her powerful singing skills as showcased on season 11 of the hit reality show The Voice. Recently, the 26-year-old single mother was chosen by Maroon 5 front man and The Voice judge Adam Levine, over David Moisan, to advance to the live round of the show. Her heartfelt rendition of the classic “Midnight Train to Georgia,” has floored her fans, and has them dying to know everything about Simone Gundy’s wiki including her songs, job, boyfriend, parents, siblings, and place of birth. Here are four facts to know about the talented singer, Simone Gundy.

The gifted crooner is one of the strongest contenders in this season of The Voice. Gundy has always felt a deep passion for music, and her parents had let her follow her dreams, by singing in several choirs including her church choir, All City Choir, and the Texas Girls’ Choir. She said, “I was never not in a choir until I was about 14.” After graduating from high school, Gundy landed her first job, which was singing on a cruise ship, the Royal Caribbean Cruise line. She gained some valuable experience during her stint as a singer, while performing cover songs four nights a week. Before joining season 11 of The Voice, Gundy was working as a processing analyst for a solar panel company, while taking college courses online. She juggles working a full-time job, taking care of her son, and performing musical theater in her home town of Houston, Texas.

#2 She Was Pregnant in the Ninth Grade

Despite being a powerhouse of musical talent, Gundy had to abruptly put a hold to her extracurricular activities in high school, because she was pregnant. She gave birth to her son, Isiah, when she was just a sophomore in high school. Gundy left school briefly, but was able to graduate with her classmates on time. She said this about becoming a mother, “My whole world changed. Everything musically went on the back burner. When my boyfriend came into my life, he helped me focus on music again.” Simone Gundy’s boyfriend, Jamaal, has described her voice as “strong and passionate,” adding that “she makes me cry all the time.”

#3 She Mesmerized Viewers with Her Amazing Voice

Gundy impressed the judges of The Voice almost effortlessly with her power-packed performance of “I Who Has Nothing,” in the blind auditions. Almost immediately after she began singing, Adam Levine and Miley Cyrus turned their chairs around, to get Gundy on their respective teams. Her fantastic performance of “Midnight Train to Georgia,” by Gladys Knight & the Pips stunned both the judges and audiences alike, and she explained her classic song choice saying, “This song is definitely representative of me because it’s a song about love.” 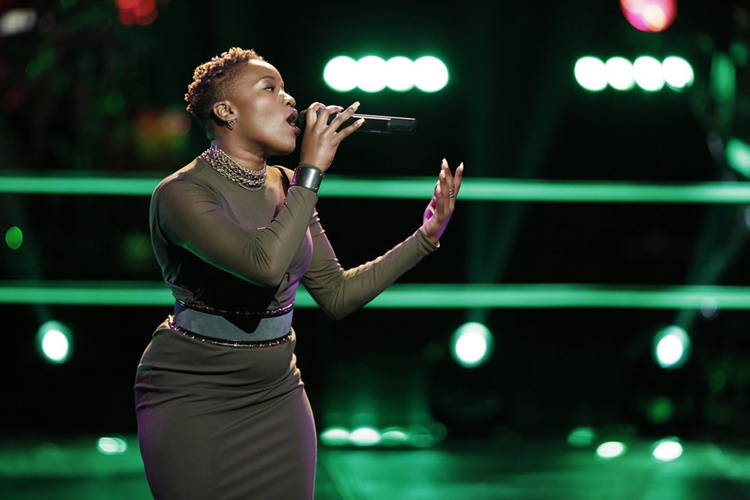 #4 The Voice Judges Were Blown Away by Her Performance

The Fort Worth, Texas native blew Levine away with her performance during her rehearsal. He was full of praises for her as he remarked, “Simone’s voice is very vibrant and then on top of that, she’s just like very comfortable with having fun, smiling, and emoting. She’s got it all. She’s an entertainer.” After Gundy’s most recent performance, judge Alicia Keys told her, “Simone, I really thought your performance was beautiful. You were obviously swept up into it,” while Miley Cyrus commented, “The fighter that you’ve been your whole life shines through.”