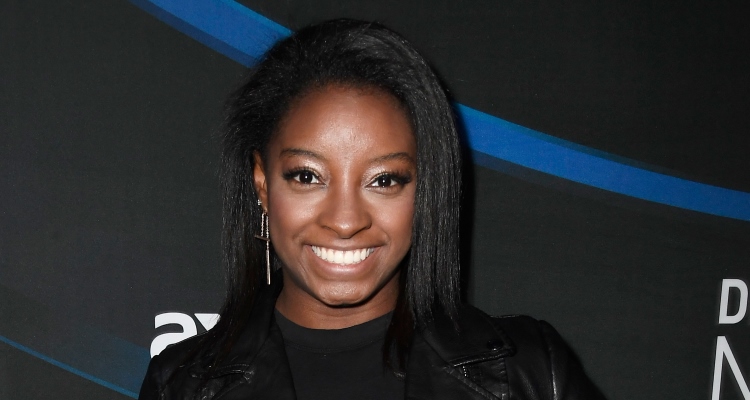 There are still a few days until the newest season of Dancing with the Stars airs, and there a couple facts we need to share. The Dancing with the Stars cast is always an interesting combination of athletes or actors, paired with some of the best dancers in the business. One of the most (if not the most) anticipated dance partnerships is Simone Biles and Sasha Farber.

We never thought we would see Simone Biles on Dancing with the Stars, but we can’t say we’re surprised after her historic winning streak during the 2015 Rio Olympics. A few things about the show’s premiere have been kept under wraps, but we have a couple secrets we can share about the dynamic dance duo!

Biles, 20, and the Russian-born Australian dancer Farber, 33, will be doing the tango as their first dance for the premiere, according to People magazine. The song they will first be dancing to is “Untouchable” by Tritonal and Cash Cash. It’s not entirely impossible to see Biles dancing like a professional because she’s so graceful and light on her feet! Add that to being partnered with a dance professional like Farber, and you have the best combination for a winning team. Biles and Farber are without a doubt, going to be the dynamic duo that everyone is going to be looking out for this season!

They’ve Been Practicing Their Moves

Biles and Farber are no strangers to practice and are disciplined when it comes to their respective sports. Whether you’re on a balance beam or on a dance floor, practice is a must and we expect nothing less than perfection and dedication from these two. Biles has used her personal Instagram account to show her followers her routines and rehearsals. She’s definitely taking her Dancing with the Stars debut seriously, and her competitive side will no doubt make an appearance!

Biles Has a Good Luck Charm

What do you get for the girl who has everything? A pair of used shoes, of course! The five-time gold medalist received lucky silver sequin tennis shoes from her teammate, 16-year-old Laurie Hernandez, who was a fan favorite and winner of the show last season! It looks like we know what team Hernandez is on! Whether the shoes really are lucky or not, Biles and Farber will no doubt have their routines performed flawlessly.

They Have a Team Name

Every team needs a name, right? Well, Biles and Sasha have decided to call themselves “Team Golden Giggles,” in reference to Biles’ adorable laugh. The pair took to Instagram to post a video of their new team name, last week.

The post read: “One thing I learned is that @simonebiles has a loud giggle and I hear that giggle at least 100 times a day ???? so I think it’s safe to say our team name has to be#TeamGoldenGiggles @dancingabc.”

We wish “Team Golden Giggles” the best of luck and don’t forget to watch their Dancing with the Stars debut on Monday, March 20 at 8:00 p.m. on ABC!