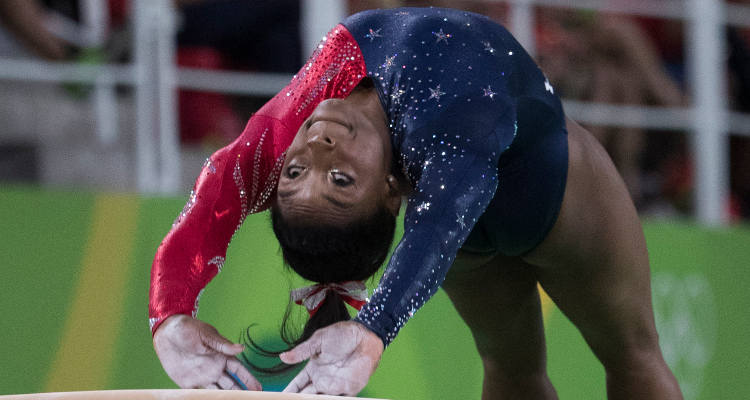 Simone Biles, arguably the best gymnast in the world, has captured the hearts of people in her home country of the U.S.A., and in other countries, as well. So, it’s no surprise that curiosity about Simone Biles’ family is peaking, too. Her struggle to become a world champion in gymnastics is an incredible journey of passion, hard work and sheer determination, and Simone Biles’ parents are probably the proudest parents in the world. Their little girl has pulled off one of the biggest triumphs in sports. People already know a little bit about Simone Biles’ mother but now they want to know about Simone Biles’ father and her siblings, as well.

Simone Biles’ mother, Shanon was an alcoholic and drug addict who was struggling to raise her four children, Simone, her sisters Ashley and Adria and her brother Tevon. Very little is known about Simone’s biological father, Kelvin Clemons, as he too battled with addictions. When Simone was 6, she and her sister Adria were adopted by her Grandparents, Ronald and Nellie Biles, and that is who she calls mom and dad today. Previous to the adoption, she and Adria were tossed around between her mothers house and foster homes. Ronald, a retired air traffic controller, and Nellie, a retired nurse, supported Simone through her dreams of becoming a gymnast and have been the pillars of strength throughout her tough times.

Once Ronald took in Simone and Adria, he issued an ultimatum to Simone’s mother, Shanon, to stay away from her daughters. He told Shanon, “No communication, don’t call and don’t visit.” Shanon admits that she did not take her father’s decision well and was angry for a long time. It was six years before she was able to meet Simone, her daughter, again. Looking back now, Shanon feels that it was the best decision that her father ever made. Shanon is incredibly proud and happy at her daughter’s achievements. Whenever Simone is on TV performing, her mother is there clapping and cheering. Shanon says that one day she will tell Simone about her ‘dark days’ and why she gave her up for adoption but the time hasn’t come yet.

However, it’s Nellie that Simone calls ‘Mom’ because Nellie is the one who raised her. Nellie saw Simone’s passion for gymnastics and encouraged her to pursue it. Both Nellie and Ronald provided Simone with the most important thing in the world – a loving and stable family. Today, Simone has only love and gratitude for her mom and dad who are actually her maternal grandparents.

Simon’s older sister Ashley and older brother Tevon were adopted by Ronald’s sister. They too were in foster homes before they were taken in by Ronald’s sister. Adria, Simone’s younger sister, is also a competitive gymnast and has taken part in several big tournaments. Adria is very popular on Instagram and has more than 10,000 followers. She is one of Simone’s biggest supporters and she knows that her older sister is a class act. She looks up to her as her role model.

All is Well that Ends Well

Shanon is sober now and hopes that one day she and Simone will become close. She says she has the highest respect for Nellie knowing what a great job she did raising Simone and Adria. As Simone has already begun her gold medal gathering spree at the 2016 Rio Olympics, her entire family is sitting back and enjoying this fantastic run by Simone. Some fairy tales do end happily!

To know more about Simone Biles’ mother & family, check the links below:

Who Is Simone Biles’ Biological Mother?

Simone Biles’ Family: Things to Know About Her Parents, Brother and Sister