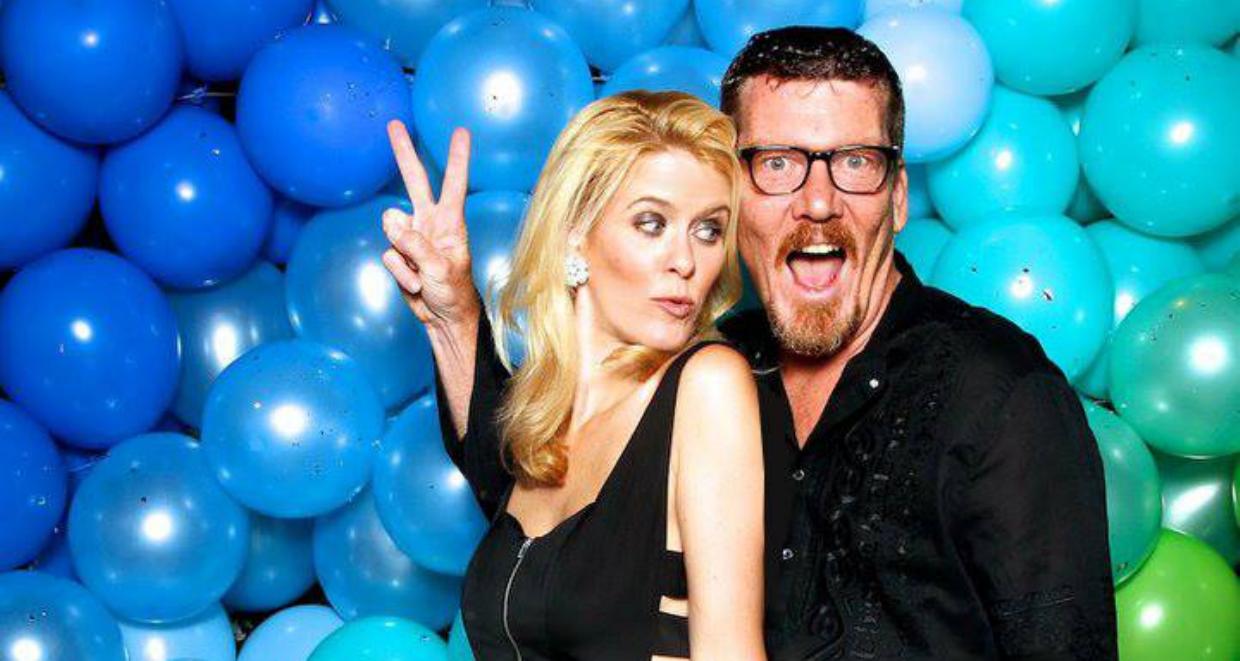 Alex McCord was one of the original cast members when The Real Housewives of New York premiered in 2008. McCord and her husband, Simon van Kempen, were memorable even after they left the show in season 4. Before RHONY season 10 wraps up, let’s refresh our memories of Alex McCord’s husband. Our Simon Van Kempen wiki gives the lowdown on what this couple has been up to since leaving RHONY.

Every so often, the significant others of Real Housewives stars would steal the spotlight from the ladies. Simon van Kempen was that guy when Alex McCord starred on the show until 2011.

Simon van Kempen, age 54, was born on March 14, 1964. He hails from Brisbane, Australia and has been married to Alex McCord since May 28, 2000. But he’s better known on TV for his eccentric personality and quirky fashion—like his red leather pants we can do without seeing again.

He was also not shy to interject himself in the ladies’ catty drama. Even if doing so would make him head troublemaker Ramona Singer’s enemy.

If you’ve watched RHONY from the day one, then you’d remember that infamous girls’ night in season 1.

Alex loves spending time with her husband and going out with him. But when she brought him along to the dinner, tempers flared.

Ramona didn’t like Simon tagging along in what was supposed to be a ladies only party. After an outburst, she storms off, declaring she’s going to have a real girls’ night out.

In Alex and Simon’s later scenes, we discover that Simon was initially invited to the dinner. But at some point, the invitation became a girls’ night.

When Alex made a guest appearance on Watch What Happens Live with Andy Cohen in 2017, Ramona admitted she regrets lashing out at Simon.

“I regret that I said to him when it was all girls, and he showed up, I said, ‘You know what, maybe you should go down to the strip bar because it’s a girls’ party and you’re changing the dynamics,’” Ramona said. “I should have just embraced him and gone with it.” 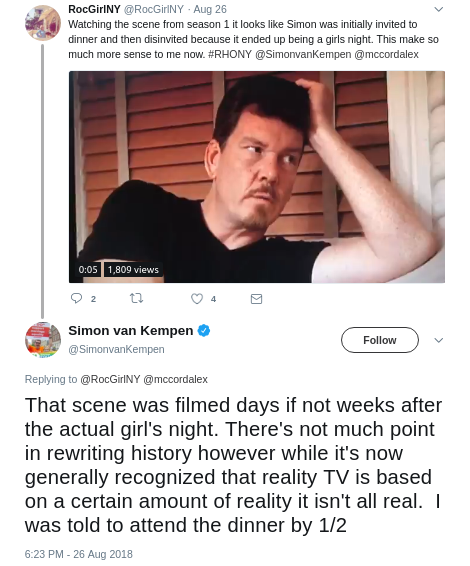 But the real stinger comes from Simon himself. In a series of tweets, he explained the entire drama was manufactured by producers to make him look like a controlling spouse.

So much for reality TV! 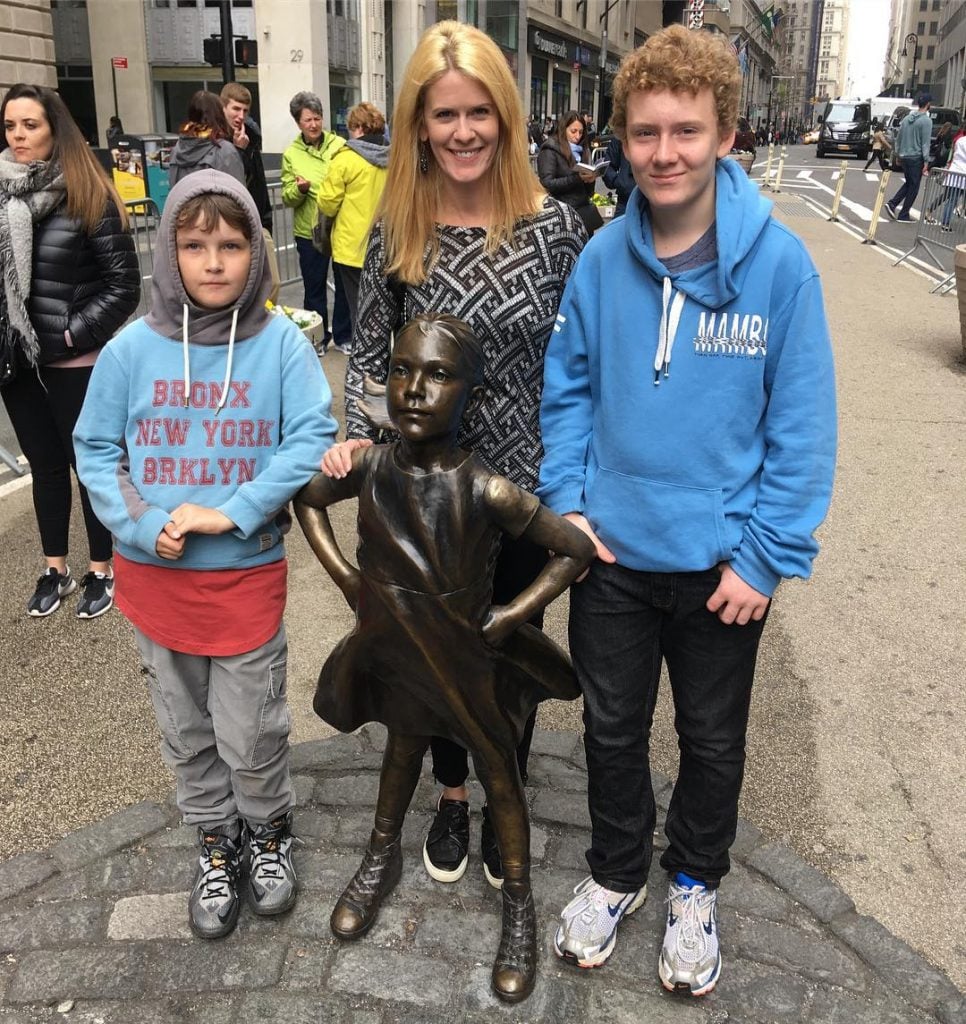 The Family Moved to Australia

It’s rare to hear about Alex McCord and her husband since they left RHONY. That’s because the McCord-van Kempen brood have left their Brooklyn home and reality TV days behind to move to Simon’s home country of Australia.

Alex, Simon, and their sons, Francois and Johan, relocated to New South Wales in 2014. They live in Tintenbar, not far from Byron Bay, and you can catch a glimpse of their scenic abode on Simon’s van Kempen’s Instagram.

In 2012, Simon van Kempen and Alex McCord starred in the VH1 series, Couples Therapy. They even released a children’s book, Little Kids, Big City (which was a little too X-rated for children.) But they decided they were done with a life in front of cameras. 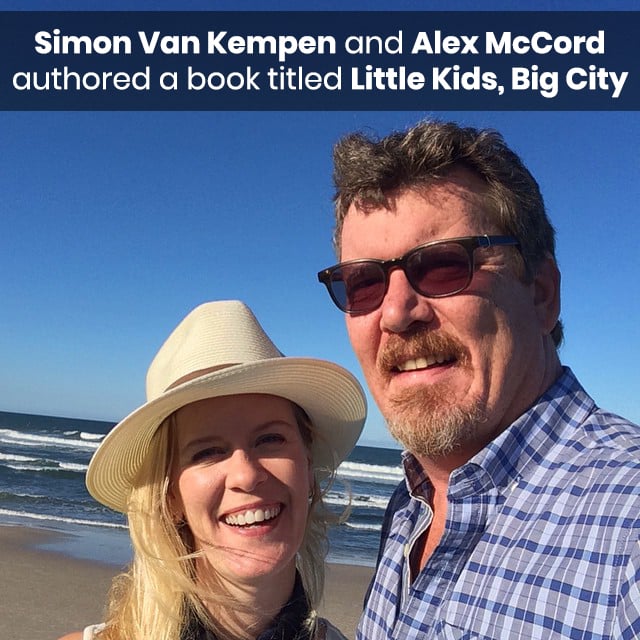 Simon has been an expat for the better part of his life, having spent three decades living in London, Paris, and New York. But returning to Australia with the family was a big move for him and his wife.

Alex admitted, “When we made the move to Australia, we both thought, ‘OK, this is really kind of burning the house down and walking away. What do we want to do? What did we always sort of want to do all our lives that we haven’t done yet?’”

Fortunately, they rediscovered their professional passions. Simon and Alex decided to return to college while in Australia.

He Had an International Hotel Career

While Alex, who has a few minor acting credits, was trying to make a modeling career for herself in RHONY, her husband was a hotelier and entrepreneur. Simon van Kempen’s net worth is estimated at $2.0 million, which is the same as his wife’s.

Simon acquired an accounting qualification from the Association of Chartered Certified Accountants in London. He had worked in the boutique and hotel luxury business for more than 25 years.

Simon worked for a year in Paris before going back to London. He was initially a finance director at a hotel in London and was even employed at The Ritz.

In 1999, the same year he and Alex were engaged, he returned to Australia. He was a business development manager at Hill Goodridge & Associates, a firm managing a chain of hotels in Sydney.

After tying the knot with Alex, Simon worked in hotels in New York City from 2001 to 2015.

He also had a brief stint at Avalanche Entertainment LLC. Simon van Kempen’s job there was to manage the company’s social media and marketing strategies.

He’s Pursuing a Degree in Law

Since moving to Australia, Simon and his brother, Adam van Kempen, have been operating van Kempen & Associates. The brothers help real estate buyers with the legal process at their firm.

Perhaps to better assist their clients, Simon is pursuing a degree in law at Southern Cross University. He acquired his associate degree in law in 2017 and is working towards his bachelor’s degree, which he will complete in 2019.

According to Alex, Simon had been considering pursuing law since he was 18. Alex, herself, got a degree in geriatric psychology and is working as a guidance counselor at local nursing homes.

Simon van Kempen credits his reality TV days for shaping him as a lawyer and said, “Never say it’s too late in life to start a new chapter and while I wouldn’t go so far as to say that the rough and tumble of reality TV prepares one well for the legal profession, the verbal sparring required for Housewives certainly is a complementary skill.”

He’s right, especially when you take on Ramona Singer!

Also Read: Facts to Know About Kristen Taekman from RHONY