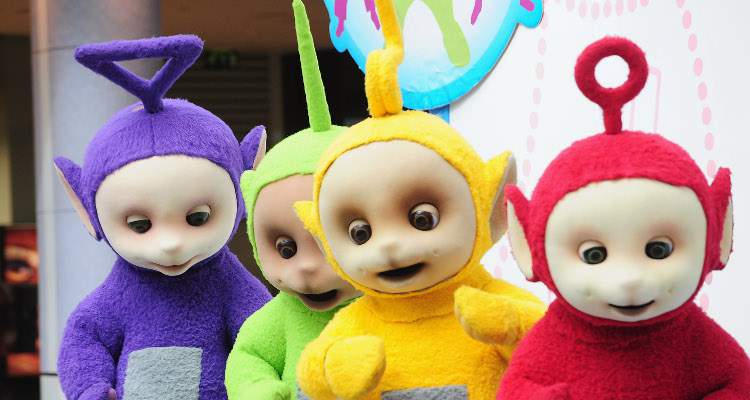 Millions of kids all over the world grew up watching the Teletubbies to make them smile and understand simple things in life. Simon Shelton, the Teletubbies actor who donned the costume of Tinky Winky, died on January 17, 2018, possibly of hypothermia. His family, friends, and fans are sending tributes to the gentle man, who took his job of making kids laugh very seriously. Keep reading to know more about the late actor in our Simon Shelton wiki.

The Teletubbies invited kids to a warm, colorful, and fuzzy place that was always positive and happy. The appeal of their ultra cute and magical world was so strong that even though the series was specifically meant for kids, many adults also loved watching the show, too.

A cultural phenomenon in the late 1990s, Teletubbies featured four adorable costumed characters—Tinky Winky, Dipsy, Laa Laa, and Po. They created a special place in the hearts of fans through their sweet and innocent antics as they went about their daily lives on the show.

How Did Simon Shelton Die?

The man who helped create the magic of Tinky Winky was Simon Shelton, who was found dead on January 17, 2018.

At this time, Simon Shelton’s cause of death is believed to be hypothermia.

Aside from his role as Tinky Winky, the British actor was best known for playing Dark Knight in the Incredible Games. It was a popular children’s game show that aired on BBC1 during the mid-1990s.

Shelton trained as a ballet dancer and choreographer before appearing on Teletubbies. No wonder he moved so gracefully and effortlessly in the show and helped create magic for its young viewers!

A Family Man at Heart

Simon Shelton was married to actress Emma Robbins and was the father of their three children. He lived with his family in Ampthill, Bedfordshire, England, and they were very close. Shelton once described being in Teletubbies as “a bit like the Beatles or Take That of television.”

Cause of Death Still Unclear

Details about Shelton’s death are still not clear, but an Ampthill resident spoke to the Daily Mirror and said, “We don’t know many details, but we understand he collapsed in the street and possibly died of hypothermia.”

Tributes have been pouring in for the man who made millions of little children smile as Tinky Winky.

Shelton’s daughter, Lydia, posted a heartfelt message on Facebook on January 21, 2018, which read, “I love you so much Dad…always have, always will. The most beautiful man in the world.”

Tinky Winky Died but He Still Lives On

Meanwhile, Henry Shelton, Shelton’s son, wrote, “I lost my lovely dad on Wednesday, he was the kindest and most gentle man I knew, and I love him more than anything!!!!”

Although Simon Shelton is dead, the lovable character of Tinky Winky continues to live on. Reruns of the original series continue to air on children’s TV channels all over the world, and a new series of Teletubbies is also attracting a new generation of audiences.