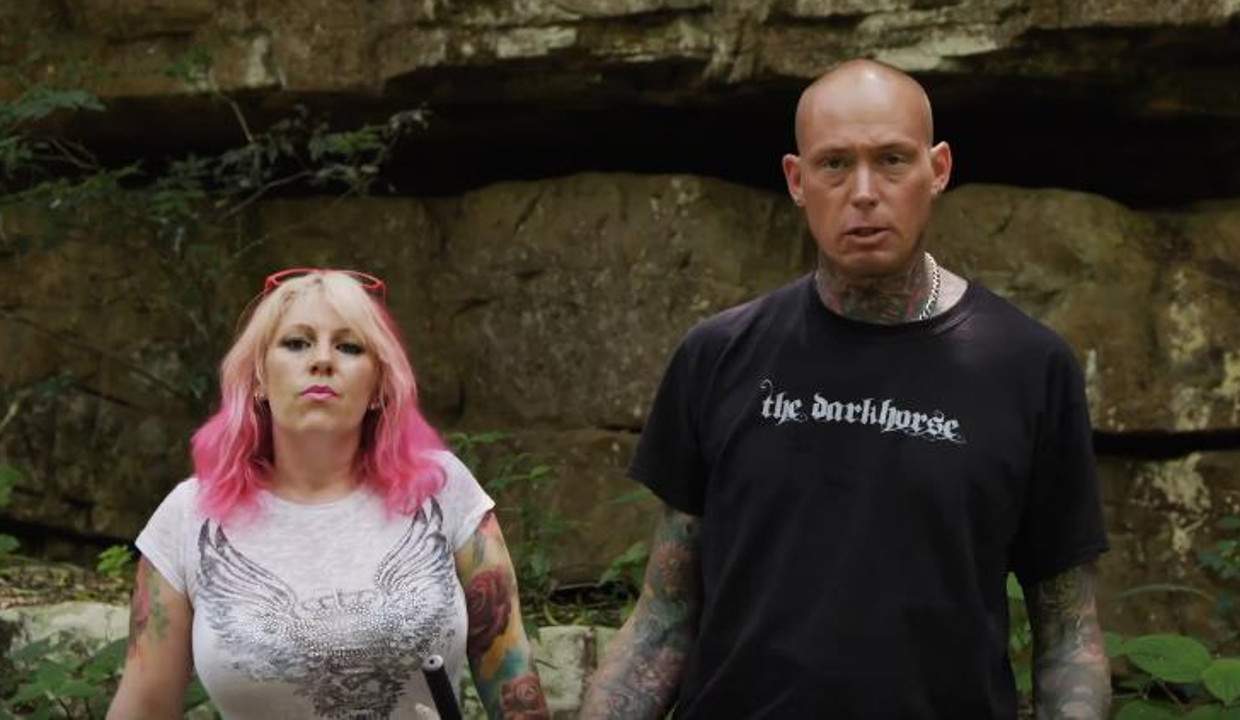 Simon Keys and his girlfriend, Siouxsie Gillett are famous on TV for handling deadly snakes. This snake-handling duo stars in Nat Geo WILD’s Snake City, where they save snakes and humans from each other.

Siouxsie Gillett and her man, Simon Keys, are more than just fearless thrill-seekers on Snake City. These popular snake handlers venture into territories inhabited by the deadliest snakes in the world. But Gillett and her boyfriend are here to prove that snakes aren’t as terrifying as we think.

Read all about this indomitable herpetologist with details from Siouxsie Gillett’s wiki.

Who Is Siouxsie Gillett?

Siouxsie Gillett grew up experiencing the urban city life of England. But her true calling was in the exotic wild.

Gillett loved animals since she was a child. In fact, her love was so deep, that she decided to become a vegetarian at the age of seven.

Considering her dad was a butcher, the family was horrified by her lifestyle choice.

“I brought shame on the family. They thought it was just a phase,” recalled Gillett.

Also Read: What Happened to Nadine Keys? Did Simon Keys & His Wife Get Divorced?

Nevertheless, her passion couldn’t be stopped. Gillett was drawn to exotic, dangerous animals “because I felt real compassion for them as they have been given such a negative image.”

Even though Gillett’s good at what she does, her parents can’t help but worry.

“My mom is being a mom, she’s protective so she hates everything that I do. In the past I have worked with wolves and tigers and she hated me going to work and she still does,” said Gillett.

My new squeeze 😛 Don't miss tonight's episode on @natgeowild at 10PM. We find a spitting cobra in an air conditioning unit and even have to call the fire brigade for some help with a green mamba! . #snake #SnakeCity #mamba #NatGeo #NatGeoWild #reptiles #snakesofinstagram #reptilesofinstagram #instagood

A post shared by Siouxsie Gillett (@siouxsiegillettofficial) on Sep 3, 2017 at 11:25am PDT

Gillett’s passion for wild animals also influenced her career choice. One of her initial jobs was as a zookeeper working with a pack of wolves. At the same time, she oversaw the reptile section.

According to her Nat Geo bio, Gillett later managed an exotic pet shop. She handled and took care of amphibians, deadly snakes, and even crocodiles. (Never get on her bad side, peeps!)

Gillett is now a renowned snake handler and herpetologist, a branch of zoology concerned with amphibians and reptiles. She’s a champion of animal rights and works to remove misconceptions about dangerous animals.

Part of Gillett’s job includes handling the exotic creatures on screen. And Potterheads would love to know that Siouxsie Gillett was actually the real controller of the creepy crawlies on Harry Potter!

“One particular scene with 80 cockroaches was a challenge, as you have to count them in and out after each scene,” Gillett said about her work on Harry Potter. “I also worked on Ridley Scott’s Exodus where we handled 400 frogs. The 80 tortoises on Roald Dahl’s Esio Trot was one of the easier tasks, as they are at least slow.”

Hanging out with my favourite squeeze ? We're so excited for the new season of #SnakeCity! US fans, make sure you tune into @natgeowild tomorrow at 9PM for the season premier (there will actually be a whole day of Snake City tomorrow starting at 12PM, so tune in a bit earlier if you really want to get your fill). #snakes #snake #NatGeoWild #NatGeo #herpetology #animalrescue #reptiles #snakesofinstagram

A post shared by Siouxsie Gillett (@siouxsiegillettofficial) on Jul 29, 2017 at 1:26pm PDT

Also Read: What Happened between Andy and Kate Bassich on Life Below Zero? Find Out Here.

Keys went back to the UK where he applied for a job at a reptile shop. This shop was owned by, you guessed it, Gillett!

Simon Keys and Siouxsie Gillett had been acquaintances for 14 years in the snake industry. They started dating and fell in love.

Gillett joined the Snake City cast when the show was renewed for season 2. She traveled with Keys to South Africa where they rescued dangerous snakes terrorizing human habitations and release them back into the wild.

They save snakes in Durban, South Africa, in the spring and summer months. The rest of the year, they live at their home in the UK, which is filled with exotic rescue animals.

Among their pet menagerie, Gillett and Keys own over a dozen snakes and arachnids, meerkats, bullfrogs, fish, and a macaw. And working in Durban is challenging for this snake-charming couple, who can’t have their neighbors feed their pets!

A post shared by Siouxsie Gillett (@siouxsiegillettofficial) on Oct 6, 2017 at 7:43am PDT