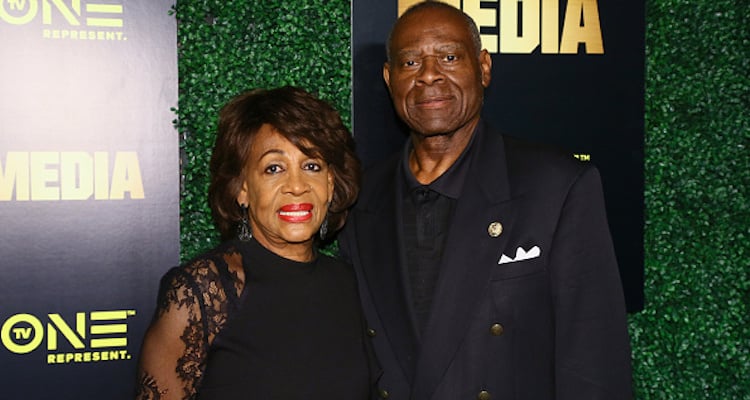 Earlier this month, Democratic Congresswoman Maxine Waters accused Fox News host Tucker Carlson of being racist, after he questioned how she could live in her California mansion. Carlson isn’t backing down and now everyone is wondering about Sid Williams and Maxine Waters. If you want to learn more about Maxine Waters’ husband, then have a look at our Sid Williams wiki.

His Wife is Defending Their Finances

It all started when Carlson asked how the Democratic politician could afford her multi-million Los Angeles mansion, which also happens to be in one of the wealthiest areas in the city. The Fox News host also reminded viewers that Waters’ home isn’t within her district, which is one of the poorest in California. We all know not to mess with Auntie Maxine by now, especially after how she’s dealt with critics in the past, so it was no surprise when we heard her response.

“I own several properties. The way Carlson talked about it is: What right does an African-American woman have to do well?” Waters told The New York Times. “He doesn’t know anything about my investments, about the house that I’ve lived in for 25, 30 years. This idea of ‘how could she afford that?’ is racist, and I just dismiss it.”

Many expected that Carlson would press on about how she could afford her home with her husband, saying “We’re not alleging wrongdoing here, but really, how did this happen?” he asks.

How could this happen? Did Carlson step into a time machine? If so, then we want to go back and invest in Apple!

Who is Maxine Waters Married To?

Sid Williams’ age is 74 and he’s had quite a few jobs before he settled into retirement. Sid Williams’ net worth isn’t verified, but he was once a professional football player for the Cleveland Browns and Washington Redskins. He was also a car dealer for Mercedes-Benz in Hollywood and he was a minority business developer with former teammate Jim Brown. His most notable profession was when he was appointed as the U.S. ambassador to the Bahamas during the Clinton administration. He’s Waters’ second husband and has been married to her since 1977. They don’t have any children together, but he’s a stepfather to Maxine Waters’ kids.

He Couldn’t Enter the Speaker’s Lobby

In 2015, Williams was a guest (courtesy of his wife), but was told that he wasn’t allowed to enter the House Floor, according to Politico.

“And regarding his alleged attempt to enter the Speaker’s lobby, Congresswoman Waters’ husband had mistakenly ventured into the lobby searching for the bathroom, at which point, he was directed to go a different way,” said Waters’ rep, Jermaine House. “Nevertheless, that was no attempt to subvert any rules; it was merely a mistake that dozens of staffers and visitors commit for any myriad of innocuous reasons.”

Whether you’re looking for the bathroom or trying to reach your spouse, there’s no entry allowed on the House Floor or lobby.