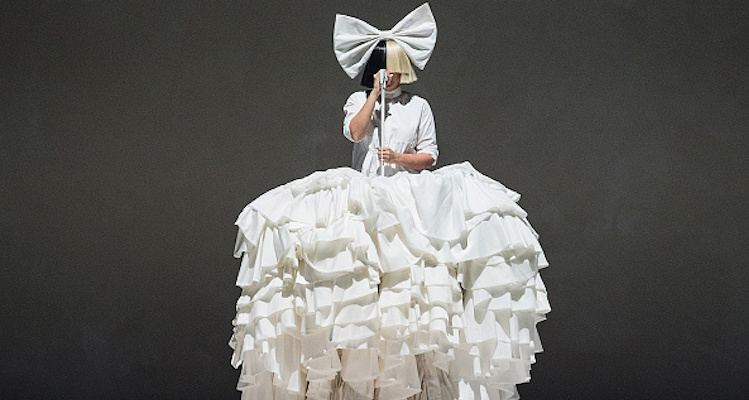 On Tuesday (January 3), Australian singer-songwriter, Sia released a new music video for her song, “Never Give Up” from the motion picture, Lion. This is the second single she released, preluded by “Angel by the Wings” for the film, The Eagle Huntress.

Sia’s new songs have caused people to wonder if they can expect Sia’s new album in 2017. Unfortunately for fans, there has not been a clear statement as to whether there are plans for an upcoming Sia album for 2017. On the bright side, we’ve got a new music video to show you, plus interesting facts about the recent events of the singer’s life. Keep on reading to find out more about what Sia has been up to!

Sia’s “Never Give Up” comes from the Lion soundtrack. The film follows the true story of five-year-old Saroo Brierley in Khandwa, India in 1986, who was separated from his brother on a crowded train platform. Sia’s music video depicts two children wearing her signature black-and-white wigs, running around a train platform holding hands as her lyrics paint across the surfaces of the station. The Lion official web site encourages viewers to donate to support the organizations that help children in India and around the world who have gone missing. It is estimated that over 80,000 children go missing in the country each year. The donations go directly toward protecting street children and making a difference in their communities.

“Never Give Up” will be the fifth collaboration between dancer, Maddie Ziegler and Sia. The pair drew inspiration from the plot of the film, which made its premiere at the 2016 Toronto Film Festival. While many of Sia’s previous videos are abstract, she made a more direct nod to the film by setting it at a train station. Dance prodigy, Ziegler invoked the excitement about coming home. Check out the video below!

Other than “Never Give Up” and “Angel by the Wings,” the latest song Sia released was “The Greatest” featuring Kendrick Lamar, in September 2016.

While Sia’s new album rumors have not yet been confirmed, there have been other changes in the singer’s life. She filed for divorce from her husband, Erik Lang citing “irreconcilable differences.” The separation was initially announced December 7th saying, “After much soul searching and consideration we have made the decision to separate as a couple. We are, however, dedicated to remaining friends. There will be no further comment.” The pair married in 2014, but Sia waited eight months before announcing the big change. According to E! News, the singer spoke on an Australian radio station later that year, saying the media attention was putting a strain on their relationship. “It’s kind of disappointing because we can’t do anything. I’m kind of a bit famous. I didn’t realize I’m so famous,” she said.

In terms of her career, Sia has plenty to celebrate this year. She was nominated for Favorite Pop Artist at the 2016 People’s Choice Awards (January 18th), and received nominations at the 2017 Grammy’s for Best Pop Vocal Album (This Is Acting), Best Pop Duo / Group Performance (“Cheap Thrills” feat. Sean Paul) and Best Song Written for Visual Media (“Try Everything”). Fans can tune into the Grammy’s on February 12th on CBS.