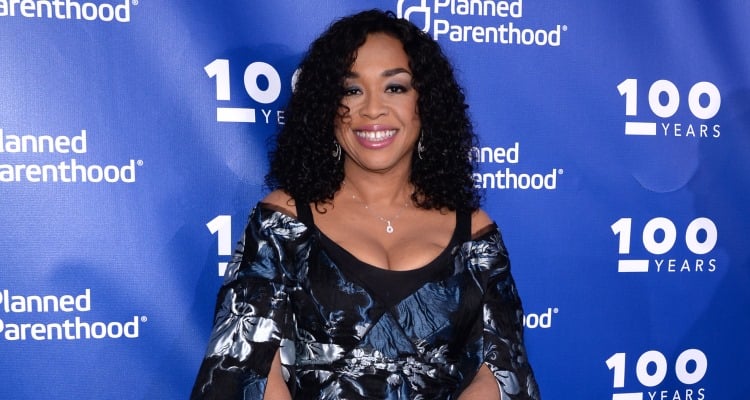 Shonda Rhimes is leaving television for Netflix! The rumors have been confirmed and fans everywhere are heartbroken, but the news isn’t entirely disappointing! After making her announcement six weeks ago, Rhimes confirmed the move to the streaming giant, but fans of her biggest hit shows still have much to look forward to. Who is Shonda Rhimes? What is Shonda Rhimes’ net worth? We’ve got all the details you need to know about the famous author, producer, and screenwriter (and more about the fate of her hit shows), right here in our Shonda Rhimes wiki!

Famous for bringing us some of our most beloved Thursday night addictions like Scandal and Grey’s Anatomy, Rhimes has confirmed that her company (Shondaland) will be making the move to Netflix. However, fans of her hit ABC shows can save their tears because Grey’s Anatomy, Scandal, and How to Get Away with Murder will remain on ABC! A Shonda Rhimes-Netflix partnership? (We, for one, are all for it, and clearly, Rhimes is too!)

Rhimes has expressed that she is looking forward to making the move to Netflix, as it will give her the opportunity to reach a larger audience and expand her “creative identity.”

“Starting today, we are thrilled to be creating new Shondaland stories with Netflix,” Rhimes said in a statement. She added that Netflix has offered her and her team “limitless possibilities.”

As for Shonda Rhimes’ net worth? It’s not like she’s in it for the money, as some reports estimate she’s already worth as much as $100 million! With some of her shows being the most watch on television, it’s easy to see how she could be worth such a pretty penny!

Who is Shonda Rhimes?

From the time she was young, Shonda Rhimes was a storyteller. In fact, she used to volunteer at a local hospital, which sparked her interest in hospitals, and likely a few storylines, too. She was born and raised in Chicago, in Park Forest (now known as University Park) to Vera P. and Ilee Rhimes Jr. She has two older brothers and three sisters and attended Marian Catholic High School in Chicago Heights before moving on to Dartmouth College, where she majored in English and film studies. It was at Dartmouth where Rhimes joined the Black Underground Theatre Association. She split her time between directing and performing in student-run productions, which may have helped her develop into the directorial powerhouse she is today.

Eventually, Rhimes moved to Los Angeles to study screenwriting at the University of California. After being hired as an intern by Debra Martin Chase, Rhimes learned the tricks of the trade and still credits her early success to Chase, whom she calls her mentor. After obtaining her Masters of Fine Arts degree, Rhimes saw some hard times as an unemployed scriptwriter in Hollywood. However, she saw success in writing films like Crossroads (Britney Spears’ debut film) and The Princess Diaries 2: Royal Engagement.

Her success only continued to snowball as Grey’s Anatomy and Private Practice put Shonda Rhimes on the map! Now in its 14th season, Grey’s Anatomy is a fan favorite show (the one you simply cannot miss on Thursdays) and has been, ever since its inception in 2005.

Artists! Submissions close MONDAY for the Better Together @Minted Greeting Card Challenge. I’ve written greeting card copy. You design the card. I choose my favorites and our card is sold online and in stores. Link in bio!

With all this success, you would think she’d want someone to share it with, but Miss Rhimes is just fine on her own —and seems to prefer it that way! In 2015, she opened up to Oprah Winfrey and it seems the two have one thing in common; their lack of desire to get married!

“I was able to finally stand up and say, ‘I don’t want to get married.’ At all,” Rhimes, 45, told Winfrey during an episode of SuperSoul Sunday. “I said that out loud. I said it to my family. I said it to my friends. I said it to anybody who asked. It’s never been a dream of mine.”

So, if you’re searching for Shonda Rhimes’ husband, you’re out of luck! Actually, as of lately fans have been more interested in Shonda Rhimes’ weight loss more than anything! She’s lost close to 150 pounds! But it seems she wasn’t so happy about the outpouring of support for her new look. Rhimes was shocked to discover she suddenly felt valuable, now that she’d lost the weight.

“I discovered that NOW people saw me as a PERSON,” she wrote in a Shondaland newsletter regarding her transformation. “What the hell did they see me as before? How invisible was I to them then? How hard did they work to avoid me? What words did they use to describe me? What value did they put on my presence at a party, a lunch, a discussion? When I was fat, I wasn’t a PERSON to these people. Like I had been an Invisible Woman who suddenly materialized in front of them. Poof! There I am. Thin and ready for a chat.”

Thick or thin, there’s no denying the talent this woman has behind the scenes. While we may miss Shonda Rhimes’ TV shows on our small screens, she’s only moving upward in her career, and Netflix might just be a move in the right direction!

The dress? @dolcegabbana And why yes, that IS pasta! #scandal 100th episode celebration