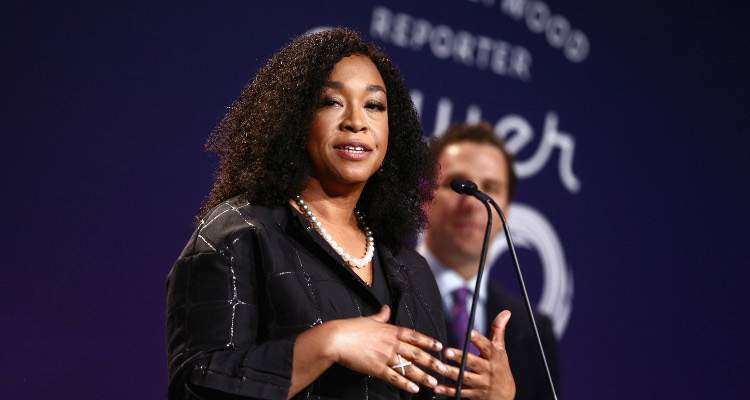 With not a single failed show under her belt, Shonda Rhimes is the undisputed queen of entertainment. Netflix lured this creative genius from ABC in 2017. Shonda Rhimes’ net worth in 2018 is estimated at $140.0 million, according to sources. But, could this figure increase, given her newly minted creative control over her future projects?

It’s no wonder that Netflix vetted her from ABC without hesitation. Credited with the revival of ABC’s entertainment attraction, Shondaland, the multimillion dollar production company Rhimes founded in 2005, will now cash in on the online streaming platform.

With some of the most successful TV shows under her belt, Shonda Rhimes’ 2018 net worth currently sits at $140.0 million and counting, making her one of the wealthiest showrunners in broadcast and streaming network history. In the beginning of the year, the entertainment industry mogul and queen of high-quality, binge-worthy TV shows was worth $120.0 million. That’s an increase of $20.0 million in just a few short months!

She’s reached such monumental levels of success that it’s not a question of whether she’ll generate more money, but just how much more money she’ll accrue and when.

Here’s how you make money in Shondaland.

How Much Is Shonda Rhimes Worth?

Here’s how Shonda Rhimes’ net worth compares to other screenwriters on TV:

As part of her production contract with ABC and in addition to the fees she charged per each episode for her top shows, Shonda raked in a whopping $10.0 million annually over the past three years. Combined with that, she also took home at least 10% of the profits from syndicated episodes of How To Get Away With Murder, Grey’s Anatomy, Scandal, and the short-lived Private Practice.

That adds up to an estimated $1.0 million per episode. In total, her creative projects have garnered a mind-boggling $2 billion revenue for Disney, ABC’s parent company. Syndication, advertising, and international licensing for streaming services like Netflix are all included in that calculation.

So, what is Shonda Rhimes’ annual salary?

Given the fact that she’s constantly taking on new projects and continuously moving forward with her creative endeavors, there’s no set number. During her speech at ELLE’s Women In Hollywood event on October 15, 2018, Rhimes had this to say regarding her unparalleled success in the entertainment industry:

“I am the highest paid showrunner in television. And I deserve it.”

To put this statement in context, Rhimes was declaring this in solidarity Grey’s Anatomy star and her close friend, Ellen Pompeo, who had recently made a similar statement to the press and received a lot of backlash for it. The point of the statement was to inspire other women—not just in the entertainment industry, but across other sectors as well—to stop being shy or ashamed about their accomplishments and talk about them with the same brashness that men have been able to for so long.

In this sense, Rhimes is a true inspiration for women everywhere.

A New Chapter for Rhimes

According to Celebrity Net Worth, Shonda Rhimes’ Netflix deal is estimated to be worth about $100.0 million.

Given everything this amazing woman has accomplished throughout her lucrative career, it’s not surprising that she has so much more than just dollar signs to show for it.
As far as television producers go, Rhimes has given more awards acceptance speeches than most of her peers.

Here’s a list of all of the coveted awards Shonda Rhimes has collected over the years for her outstanding achievements.

In an earnest interview with Oprah, Rhimes opened up about her utter lack of a desire to get married, despite knowing from a very young age that she knew she wanted to have three kids who were girls.

Not surprisingly, Shonda has followed through on her life plan and managed to forge her own path, unabashedly telling anyone who’ll listen that she has no desire whatsoever to get married.

As planned, she did end up having three kids, all of whom are girls. Their names are Emerson Pearl Rhimes, Beckett Rhimes, and Harper Rhimes. Two of her daughters were adopted in 2002 and 2012 respectively, while the third was conceived via gestational surrogacy in 2013.