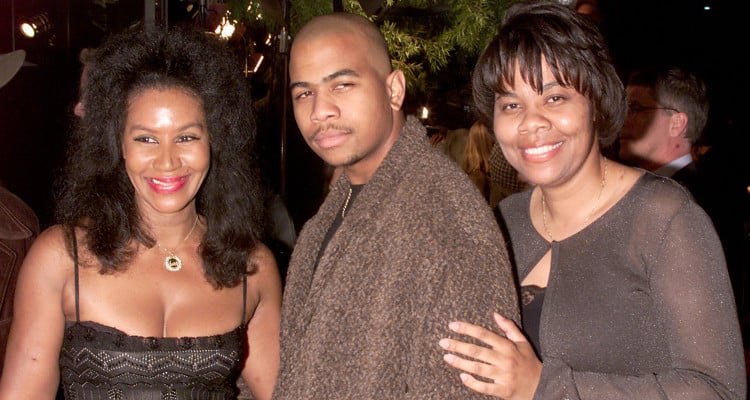 It’s a sad day for Cuba Gooding Jr.’s family. The actor’s father, Cuba Gooding Sr. passed away on Thursday. He is survived by his four children and his wife, Shirley Gooding.

Award-winning actor Cuba Gooding Jr.’s father, Cuba Gooding Sr. passed away on Thursday (April 20). According to reports, he was found dead in his car. He is survived by his children, his grandchildren, and his wife. The Oscar-winner’s father had a big entertainment career of his own. In fact, the entire Gooding family were involved in showbiz, including Cuba Gooding Sr.’s wife, Shirley Gooding. Here’s everything you need to know about Shirley Gooding.

Cuba Gooding Jr. has his roots in the Caribbean. According to Cuba Gooding Jr. in an article for the San Diego County Times, “My father’s father was born in Barbados, but he was born a different kind of slave. He was like ‘Chicken George’ from Roots. He was in charge of slaves and had his own plantation. He dressed in a top hat everyday. William Gooding was his name.” William Gooding had eight children, one of them being Dudley Gooding, the older Cuba’s father.

And what about his mother? Shirley Gooding has African-American lineage. There’s no information on her roots or whether he life was as exciting as Dudley Gooding, who refused to serve the British Crown, escaped Barbados, and helped build the Panama Canal.

Also Read: Tiffany Stewart: Everything You Need to Know about Mark Cuban’s Wife

#2 They were both Singers

Cuba Gooding Sr. was a famous soul singer in the ‘70s. He was the lead vocalist for the soul and R&B trio, The Main Ingredient with Tony “Panama” Silvester and Luther Simmons, Jr. The group was most famous for their songs “Everybody Plays the Fool” (1972) and “Just Don’t Want to Be Lonely” (1974). Gooding also had a brief solo career with Motown Records.

In 1964, Gooding met Shirley Temple Sullivan, a singer from the group, The Sweethearts. The Sweethearts were the opening act for ‘Mr Excitement,’ Jackie Wilson’s show. Love blossomed between the two singers and they married in 1966. They welcomed their first child the following year.

Shirley and Cuba Sr. were wed twice. After marrying in 1966, they divorced in 1974. The reason for their split is not known, as the tabloids reach wasn’t that extensive. But they struggled with financial problems, which also may have strained their marriage. Before he was scouted by The Main Ingredient to replace a deceased member, Gooding was struggling to make ends meet.

He reportedly took up an offer to be a getaway driver for a few robberies when Shirley was pregnant with Cuba Jr. But he was caught by the police and sentenced to four years in prison. He was able to get out early thanks to good behavior in 1970. They split shortly thereafter. But the couple couldn’t be apart forever. In 1995, they re-married each other and were together until Gooding’s death on Thursday.

**Me and Omar look like we've had too much Holiday wine!!! Lol

#4 They Have Four Children

Cuba and Shirley have four children together. Their eldest child, April is an actress, who has acted in movies like Life of a King (2013) with Cuba Gooding Jr., InAPPropriate Comedy (2013) and Like Mike (2002) just to name a few.

Tommy Gooding followed his parents’ footsteps and is a musician. The youngest, Omar Gooding is better known by his stage name, Big O. He’s an actor, rapper, voice artist, and comedian. And we’re more than familiar with Cuba Gooding Jr., the prolific actor known for movies like Jerry Maguire, for which he won an Oscar for Best Supporting Actor.

Authorities found Gooding Sr. slumped over in his silver Jaguar in Woodland Hills, California on Thursday afternoon. The fire department was called to the scene, and they attempted to revive him with CPR, to no avail. He was 72 years old. Though there’s no confirmation about his cause of death, authorities believe his death was drug-related. Alcohol and drugs were found in the vehicle. the investigation into his death is ongoing and further details haven’t been disclosed.

Gooding Sr.’s sudden death comes at a time when his younger namesake spoke about him in an interview recently. “I remember, one of my earliest memories … he would perform at Disneyland, and after his performances, they would close it off to the general public and all the performers’ kids would go on the rides as many times as they’d want. He would pull me up on stage with him and make me finish the song because I’d seen him perform all the time. It was a lot of feeling like, ‘I come from royalty.’” Cuba Gooding Jr. said.