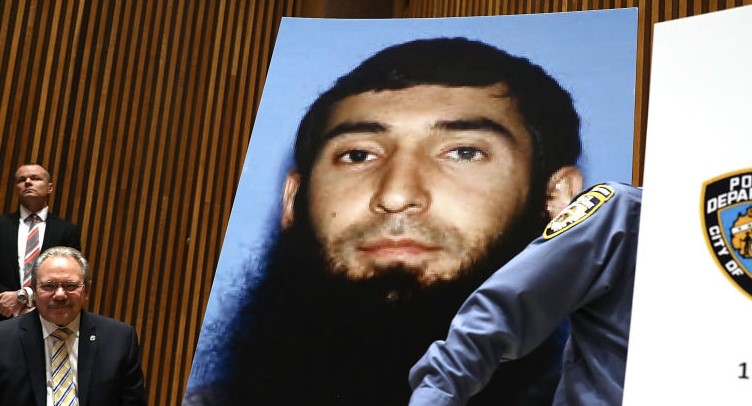 There was a terrorist attack in lower Manhattan, New York City on Tuesday and the suspect has been identified as 29-year-old Sayfullo Saipov. One of the journalists to contribute to the story was Shimon Prokupecz, but following the attack, he apparently remained tight-lipped on his description of the suspect. For more information on him, here’s a look at our Shimon Prokupecz wiki.

Shimon Prokupecz’s nationality is unknown but he was born in 1978 and works as a crime and justice reporter at CNN, currently based in Washington, D.C. According to his CNN profile, he grew up in Brooklyn, New York City and graduated from Hunter College.

He started out at CNN in 2013 as a producer in Washington, D.C. before he moved back to New York as a law enforcement producer. He’s covered a variety of law enforcement agencies in the U.S. and has reported on many breaking news stories, including Michael Brown’s shooting in Ferguson, Missouri.

Before joining CNN, Prokupecz was a WNBC producer in New York and an assignment editor at WABC. Before focusing on a career in journalism, he previously worked as a paralegal in the District Attorney’s office, located in Brooklyn.

If you’re hoping to get a closer look at how he spends his time, then his Instagram has just what you need. His Instagram is either about work, working out, or spending time with loved ones. Many of the comments are about his work and how well he’s done on past reports, which has grown into quite the fan base.

For those wondering: Is Shimon Prokupecz gay? The answer is no. If you look closely at his Instagram, you will see that he’s been spending his free time with a woman named Katy, who happens to be a best-selling author. Are they married? That, at this time, is unconfirmed.

Eight people were killed and 11 injured when Saipov rented a Home Depot truck and ran over innocent pedestrians, allegedly in the name of the terrorist organization, ISIS. The incident occurred near the World trade Center. Saipov was originally born in Uzbekistan but had a Tampa, Florida address and allegedly also lived in New Jersey. Reportedly, law enforcement found a note in the truck that stated the attack was made in the name of ISIS.

“This was an act of terror, and a particularly cowardly act of terror,” New York Mayor, Bill de Blasio said. He added that it was “aimed at innocent civilians, aimed at people going about their lives who had no idea what was about to hit them.”

The suspect was shot after crashing his truck and running with pellet and paint guns, before he was taken in to custody. President Donald Trump tweeted his condolences to the families shortly after.

“Looks like another attack by a very sick and deranged person.” In a later tweet, he wrote, “My thoughts, condolences and prayers to the victims and families of the New York City terrorist attack. God and your country are with you!”

In regards to Shimon Prokupetz, many are wondering why he chose not to reveal his description of the suspect to the media at the time of the incident.

One report states that when questioned about the suspect, Prokupetz only replied, “Police know who he is,” adding, “They have a description of him. I’m not going to share that at the moment.”