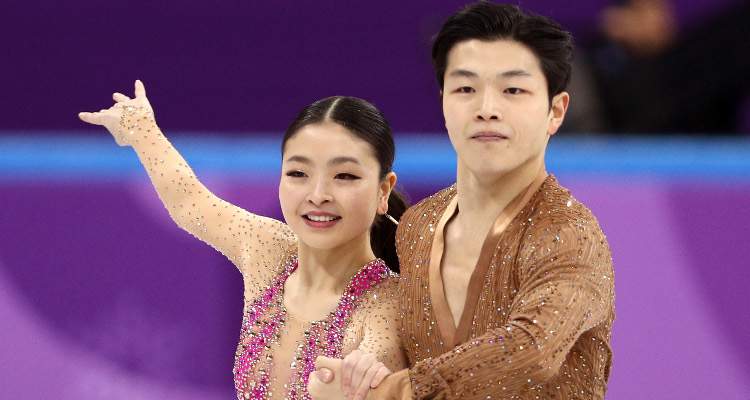 The “Shib Sibs” are trending after turning heads at this year’s winter Olympics—and they’ve certainly turned it into a family affair! Alex and Maia Shibutani are siblings (dubbed “The Shib Sibs”), who are competing on the global stage. They presented a visual treat during the figure skating event that has everyone talking. We’ve got all you need to know about them here!

The figure skating event is usually the visual highlight of the Winter Olympics. In 2018, American skating duo, Shib Sibs have impressed everyone, not just by their ice-dancing skills, but by the fact that they get along so well! Shib Sibs, short for Shibutani Siblings, are made up of brother-sister duo, Alex and Maia Shibutani. And they are aiming to win more medals for Team USA. Get up to speed on Alex and Maia, right here in our Shib Sibs wiki!

#1. Maia Got Her Brother into Skating

Alex Hideo Shibutani and Maia Harumi Shibutani were born to Chris and Naomi Shibutani. Their parents are of Japanese descent and met during their days as Harvard musicians.

Maia was the first to begin skating. She was four when she trained as a single skater. Eventually, Alex caught the skating bug from her and began training at the age of seven.

Alex was aiming to compete in juvenile levels as a single skater. However, they decided to team up and compete as a duo in the 2004 season. They managed to catch the eye of ice dancing coaches Andy Stroukoff and Susie Kelley, the pair who competed in the 1976 Olympics.

Under Stroukoff and Kelley’s mentorship, Alex and Maia finished second in the juvenile nationals. It wasn’t long before the siblings worked their way to the Olympics.

While Alex changed high schools often, Maia was home-schooled. They both attended the University of Michigan.

#2. They Are World Champions

The Shib Sibs have three World medals under their belts (silver in 2016, bronze in both 2011 and 2017). Together, they were named the 2016 Four Continents champions.

Maia also competed individually in the U.S. Nationals for 14 consecutive years, the last eight at the senior level. She always had a podium finish at every Nationals in all five levels of competition.

They are two-time members of the U.S. Olympic team. They last competed in the 2014 Sochi Olympics, where they finished ninth.

They captured everyone’s attention at the 2018 Olympics and finished second in the short dance event. They won bronze for the U.S. behind Russia and Canada.

But the Internet is rather preoccupied with how there’s no sign of bickering between the siblings! As SNL diva, Leslie Jones put it in a marvelous tweet:

Man me and brother would have killed each other!! Hell to the naw!! @Olympics @NBCOlympics pic.twitter.com/X3C5E8oGdc

The attention the Shib Sibs are getting at the Olympics may have something to do with their successful YouTube channel, which they launched in 2012. Currently, they have over 66K followers!

They document their lives as figure skaters everywhere they go and post it on their channel. As of their 2018 Olympics skate, they have over 5.5 million views overall.