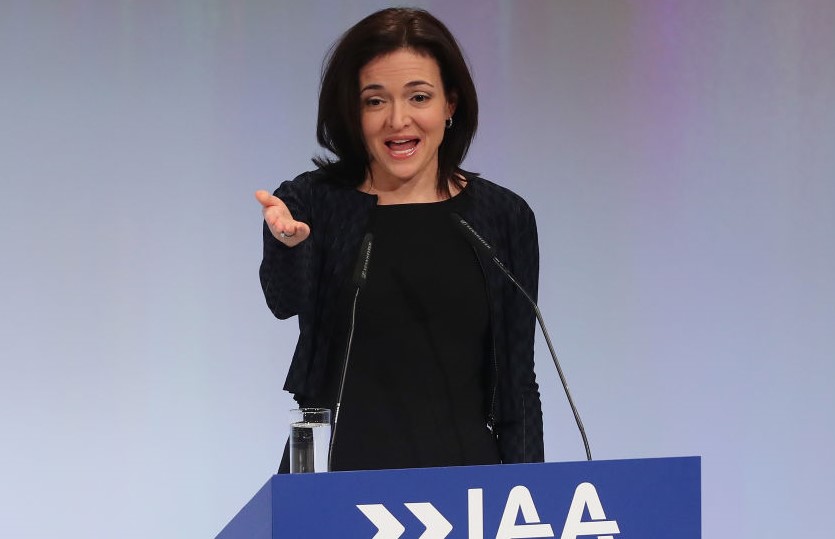 Who is Sheryl Sandberg dating? The 48-year-old Facebook executive is weighing in on the Harvey Weinstein scandal and she’s not holding back. Now, people are curious to know who she’s dating, as well as where she stands on the Weinstein news. If you’re interested, then here’s what you need to know about Sheryl Sandberg’s boyfriend in 2017.

Who is Sheryl Sandberg’s Boyfriend?

While some have been looking through Sheryl Sandberg’s dating timeline, it turns out that Sheryl Sandberg’s boyfriend is Bobby Kotick, the owner of Activision Blizzard, a gaming company. He is from Long Island, New York, was born in 1963 and graduated from the University of Michigan. Like Sandberg —he was previously married— and has an ex-wife, Nina Kotick.

Kotick is the CEO of one of the wealthiest interactive gaming companies in the world, so it’s no surprise that he made Fortune‘s “100 Best Companies to Work For” List, in 2016.

“In our early days, being recognized on any list of great companies was hard to imagine. There were times when we sold the office furniture to make payroll,” Kotick said to Forbes about what allowed his company to make the list. “Twenty-five years later we are the world’s most successful videogame company and one of Fortune’s 100 Best Companies to Work For. This list is largely determined by employee survey results – which makes it especially gratifying. The Great Places to Work audit process confirmed that our culture is defined by a commitment to excellence, respect for colleagues and commitment to development and growth. It also gave us insight on how to be an even better place to work.”

Many may not know the story, but Kotick started dating Sandberg a while after the death of her husband and father of her two children, Dave Goldberg, the CEO of Survey Monkey. On May 1, 2015, while on vacation in Mexico with family and friends, Goldberg died after suffering a cardiac arrhythmia while at the gym on a treadmill. It is believed he fell off the treadmill as he was found by Sheryl’s younger brother, Rob, in a pool of his own blood with a one-inch contusion on his head. He later died at the hospital.

In a Facebook post, she said: “I think when tragedy occurs, it presents a choice. You can give in to the void, the emptiness that fills your heart, your lungs, constricts your ability to think or even breathe. Or you can try to find meaning. These past 30 days, I have spent many of my moments lost in that void. And I know that many future moments will be consumed by the vast emptiness as well. But when I can, I want to choose life and meaning.”

The Weinstein scandal has taken on a life of its own and it’s not only actors that are weighing in. Sandberg had a few thoughts of her own and she didn’t hold back when she discussed the media mogul’s past behavior.

“The Harvey Weinstein thing is abysmal – and it’s not just his behavior, it’s the behavior of everyone around [him],” said Sandberg, speaking at an event Thursday in Washington, D.C., presented by news site Axios.

“This should never happen. When it does happen, people should lose their jobs,” she continued. “And what he’s going through is what every person should be afraid of, so that they don’t do it. And it just shouldn’t happen, full stop,” Sandberg added. “Should we be discouraged?… I think we need to be determined, because I think we can do better.”