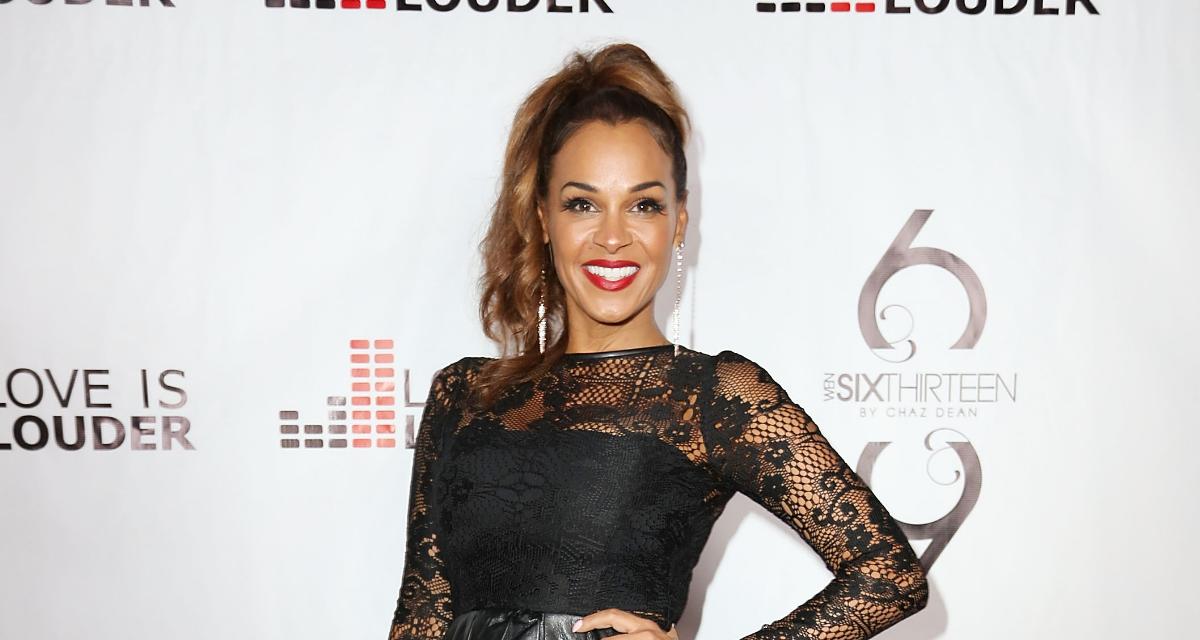 Many aren’t aware, but Sheree Zampino was once married to famous actor Will Smith. Although it has been more than two decades since the couple got divorced, they continue to support one another and co-parent their son. Now, she’s in the spotlight after recently attending Smith’s 50th birthday bash. If you want to know more about her, then we have details from Sheree Zampino’s wiki.

Who Is Sheree Zampino?

Sheree Elizabeth Zampino was born on November 16, 1967 in Schenectady, New York. She is also known as Sheree Fletcher and is of Italian and African American descent.

Although many think she stands tall, Sheree Zampino’s height is actually just under five feet!

What Does Sheree Zampino Do for a Living?

Zampino is known for being an actress and a producer who appeared on TV shows like Hollywood Exes and Oh Drama! She also starred in the short films, Our Journey and When the Time Comes.

Hollywood Exes is a reality TV series that premiered on VH1 on June 27, 2012. The show focused on the lives of seven ex-wives of celebrities. And Zampino was a part of the show from season 1 to season 3.

According to the “About Us” section of the boutique’s website, “Sheree Elizabeth Boutique was created by Sheree Zampino in 2009 with a focus on fashion jewelry & accessories. Sheree Elizabeth has been in operation since then in the form of Pop-Up Sip & Shops across the country. With humble beginnings in her California home, Sheree has successfully curated events that focus on bringing her customer (including some of Hollywood’s most elite) the latest designer trends coupled with precious girl time.”

Thanks to her work in TV and film and her business, Sheree Zampino’s net worth is estimated at $6.0 million, according to sources.

She Was Will Smith’s First Wife

Zampino and Smith met each other at the taping of the sitcom, A Different World. She was there to support her friend who wrote for the show. Zampino was seated next to Smith in the audience.

Later, the trio went to the set and hung out. Her friend gave Smith Zampino’s phone number, but she had no idea about it until he called her up! They started talking and began dating each other soon after.

Why my baby look like he was out clubbing!? 🤣🤣🤣 #ibeendrankin #TBT

Zampino said that their relationship progressed quickly. They got married on May 9, 1992, and their son, Willard Carroll “Trey” Smith III, was born on November 11, 1992.

Will Smith and Sheree Zampino’s son stands tall at six feet. Like his father, the 26-year-old has also tried his hand at acting. He is famous for appearing in All of Us, The Speech, and Will Smith: Just the Two of Us.

However, he turned down that offer and decided to pursue his career in music. Trey is now a DJ who performs under the stage name DJ AcE.

Happy Mother’s Day to My Number One Woman on this Planet. I love you beyond life and I am far too grateful to have been blessed with you. You are the Universe 🌌❤️❤️🌌 HAPPY MOTHER’S DAY TO ALL THE BEAUTIFUL MOTHERS IN THE WORLD!!!!

After three years of marriage, the couple got divorced in 1995. Reportedly, their split was amicable, and they are still good friends today.

In fact, Zampino spoke about their divorce and said, “You kinda lose yourself, do you know what I mean? When you’re married to somebody so high profile, it’s like, ‘Well who am I? Where do I fit into all this?’” The two continued to support one another and co-parent their son, even through the troubled waters of Jada Pinkett Smith entering the relationship…

Jada Pinkett Smith married Will Smith in 1997 and she invited Zampino to appear on her Facebook series, Red Table Talk. It was the first time the two women sat down together to discuss the early days of their relationship with The Fresh Prince of Belair actor, and each other.

The Matrix actress told Zampino that the beginning was rough, and that she was wrong to date Smith before his divorce from Zampino was finalized.

In the episode, Jada Pinkett Smith said, “Here’s the one thing I will say in hindsight, because I did not understand marriage, I didn’t understand divorce, I will say that I probably should’ve fell back.”

Through the emotional sit down between the two, there was a lot of clarification and eye-opening revelations both women came to. Most of all, Zampino felt grateful to Jada for loving her son and being the best “bonus mom” he could have had. It was emotional and beautiful to see how open and honest the two could be with one another as mothers.

Who Is Sheree Zampino Married to Now?

After her divorce from Smith, Zampino did date a lot of people, according to sources. She then met former American football running back Terrell Fletcher through a mutual friend, and they dated on and off for five years.

But after four years of dating, Zampino decided to end their relationship because Fletcher wasn’t ready to commit.

They separated for a year, and after declining his invitation for lunch, Zampino met Fletcher at a church conference where she was one of the speakers. The two went for coffee, did some window shopping, and then went back to their respective hotel rooms.

Eventually, the two fell back in love, and Fletcher got down on one knee and popped question! Of course, Zampino said “yes” to his proposal.

Terrell Fletcher became Sheree Zampino’s husband on May 26, 2007, when they tied the knot in Yorba Linda, California.

Their union resulted in the birth of their beautiful daughter, Jodie Fletcher. Although her age is not known, it is believed that Sheree Zampino’s daughter was born between 2007 and 2009.

But there are reports that Zampino was not really happy being Fletcher’s wife. So, she filed for a divorce, citing irreconcilable differences. Although the exact date of their divorce is not known, they separated in 2013, according to sources.

Currently, Fletcher serves as senior pastor at the City of Hope International Church in San Diego, California. And judging from his Instagram account, it looks like he recently got married to another woman.

Meanwhile, it appears that Zampino is single and not dating anyone at the moment.

Her mother’s name is Pam, and she reportedly worked at a finance company.

Things didn’t work out between her parents so they decided to get a divorce. After the divorce was finalized, Sheree Zampino went to live with her father.

Wishing the man who gave me life a very Happy Father’s Day! And to all of the others Dad’s, enjoy and be blessed! Wishing you a #HappyFathersDay