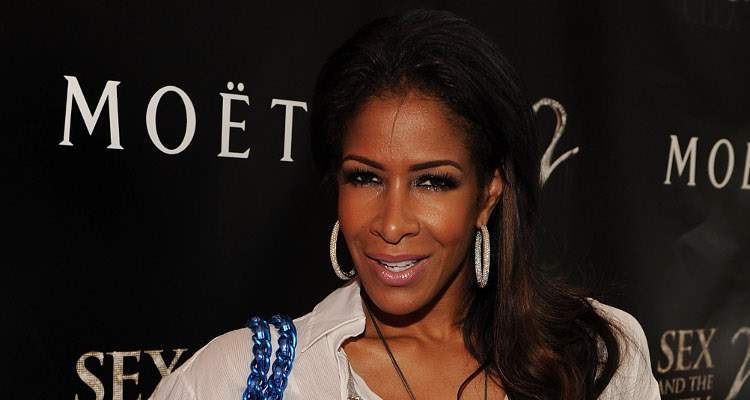 Sheree Whitfield has found her “soul mate” in an inmate, and fans now are going berserk. Sheree from RHOA spoke to her life coach about how she feels about Tyrone Gilliams, and it was the sweetest thing. If you want to know more from Sheree Whitfield’s wiki, then you came to the right place!

You know Sheree Whitfield from Real Housewives of Atlanta, but do you know about her past? The bold woman came a long way as a single mother, and people now want to know more about her and her  jailed boyfriend, Tyrone Gilliams. Check out Sheree Whitfield’s net worth and more right here.

#1. Not So Sweet Beginnings

Sheree Whitfield was born on January 2, 1970 making her age 47. She is a true blue Ohio gal, and was raised in Shaker Heights in the Buckeye state.

She was raised by a single mother, and became pregnant as a teenager. Her first daughter, Tierra Fuller, was initially introduced as a “family friend” on the show’s first season. The identity of her father is still unknown. After twice being arrested for shoplifting from Saks in Ohio, she was banned from all of its locations in the state in 1989.

A go-getter since from the start, she was sure she wanted to make it big in the industry. She married NFL player Bob Whitfield in 2000. The couple have two children, Kaleigh and Kairo, and have been divorced for 10 years. Sheree Whitfield’s ex-husband is now retired, but is definitely there for his beautiful kids. If you head over to his Instagram, you’ll see how close they are!

Sheree Whitfield’s children are all gown up and ready to take on the world. Kaleigh graduated from high school this year, and is currently attending Howard University. Kairo has been a model brother and son, and is now an actual model!

He’s definitely a good lookin’ fellow. He also plays basketball at Moorehouse College. Family means a lot to the Whitfields, and it shows.

Thank you @usweekly for this great feature!!!

Sheree Whitfield was in the spotlight in season 10 of RHOA, mostly because of her new relationship. She found it difficult to open up about him on camera, given the fact that he’s in jail, allegedly for white collar crimes. According to Whitfield,“He’s family oriented, he’s very spiritual.”

Tyrone Gilliams is reportedly in prison for fraud after opening a commodity trading firm, TLG, in which people invested. But this money, an approximate figure of $5.0 million, was being funnelled into a comedy show in the Bahamas, and gold-related ventures.

“He’s a good guy. He’s like my best friend I can talk to him about anything,” Whitfield said, “His focus right now is getting out of prison.”

The reality star can afford to do a lot of philanthropic work, but it looks like not everything was good for Sheree Whitfield and her money. It was reported that the IRS came a knocking at her door in 2014 as she owed them $111,000 in back taxes. Whitfield’s net worth is estimated at $100,000. She is a fashion designer, and ran a clothing boutique, Bella Azul, between 2003 and 2006. She also featured a line of clothing and accessories called She by Sheree at New York Fashion Week.