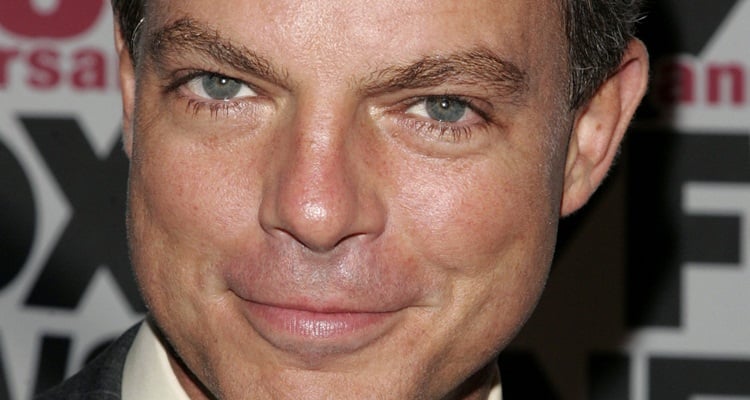 Fox News anchor, Shepard Smith came out as gay in an interview and spoke about the network he has worked for, since it was established in 1996. Here’s everything you need to know about Shepard “Shep” Smith.

The last time we heard about Fox News anchor, Shepard ‘Shep’ Smith, he was sending dire warnings about the threatening Hurricane Matthew. Now, the journalist has made headlines for an interview where he came out as gay, spoke about Fox News’ former CEO, Roger Ailes and what plans he has for the network that he has been working with for the past two decades. Take a look at our Shep Smith wiki, which includes details on his boyfriend, his salary, and his net worth.

Here’s everything you need to know about Shepard Smith.

Smith Is One of the Highest Paid News Anchors

Smith is among the big leagues of American journalists, alongside the likes of Anderson Cooper and Diane Sawyer. In 2007, he signed a three-year contract that ensured him an annual salary of over $8.0 million. His annual salary is around $8.0 to $10.0 million, bringing his net worth to approximately $20.0 million. Smith has renewed his contract with Fox News repeatedly with subsequent pay hikes.

Smith has been with Fox News since the network was established in 1996. He is the chief news anchor and managing editor of the news channel’s breaking news division. Former CEO of Fox News, Roger Ailes once said that Smith is the “go-to guy” for any breaking news coverage. His efficiency as a journalist adds to the network’s credibility and justifies his substantial paycheck.

Smith Studied in Mississippi, Where His Family Is From

Shep Smith was born in Mississippi to a teacher named Dora Ellen Anderson, and a cotton merchant named David Shepard Smith Sr. Shepard studied in a K-12 private school in Mississippi, but completed his high school senior year in Florida, where he had moved to with his mother and brother after his parents separated. He returned to his hometown to study journalism at the University of Mississippi.

He is Currently One of the Hardest Working Journalists

Smith started his TV journalism career at local news channels in Florida, Miami, Orlando and L.A. among a few other places. He joined Fox News when it was established in 1996 and has been working for the network ever since.

The 52-year-old has covered many important events in his career, like many of the major journalists of his time. He has covered Princess Diana’s funeral, the Florida ballot-counting controversy of 2000, and coverage on the Iraq war. He was one of the main reporters to give coverage to the horrific events surrounding Hurricane Katrina.

The Fox Report with Shepard Smith was one of the top-rated newscasts in cable news. Since 2013, Smith has been hosting Shepard Smith Reporting and became the managing editor for the breaking news division.

Most recently, when the U.S. coastline was under the threat of Hurricane Matthew, the news anchor had issued a dire warning on his show. Smith had implored to Florida citizens to evacuate or “your kids die.” He was criticized for making panic-creating statements during a time of crisis.

Roger Ailes had stepped down as CEO back in July, following allegations of sexual assault. Since then, the future of Fox News had been in the dark. Smith said to Huffington Post that he has big plans for Fox News. He wants to hire more journalists and build a bigger newsroom. Smith told the parent network’s head, Rupert Murdoch that he wants to make Fox News “the best news organization in America.”

Smith also said that he’s open to changing networks. “It’s business. Over time, you make business decisions every few years when contracts come up,” he said.

Smith came out as gay in a recent interview. He didn’t say it overtly, but accepted his sexuality. He addressed the rumors that Ailes had been ousted for homophobic slurs against him, besides the sexual assault allegations.

Smith was once married to a classmate from university named Virginia Donald. However, they divorced in 1993 with no children. Smith has reportedly been in a long-term relationship with Fox TV producer, Giovanni “Gio” Graziano. The rumors of the two dating came in 2013, when Graziano was 26 years-old. The news has been confirmed by many of their co-workers, but not from the couple themselves.

Shepard has often voiced against those who have made hate comments against the LGBT community. However, it is rumored that he didn’t come out of the closet because Ailes told him not to. Fox News has a long-standing conservative tradition, but it’s rooted in reality and democratic norms. Smith’s show has always been different from the hard conservative values of the network. Rumors began that Smith kept his sexuality quiet because Ailes feared it could damage the conservative image of the network.

Politico refuted the rumor that Roger Ailes made Smith hide his sexuality in 2014 and reported that Fox News stated it was “a complete fabrication.” Ailes and Smith’s joint statement read on, “As colleagues and close friends at Fox News for 18 years, our relationship has always been rooted in a mutual respect, deep admiration, loyalty, trust, and full support both professionally and personally.”

In the interview with Huffington Post, Smith shot down all homophobic allegations against Ailes and said the man has only treated him with respect.

Shepard Smith didn’t hold back in his interview with the Huffington Post. You can read the whole article in the link below, including his response to Matt Drudge using his Hurricane Matthew warning as a conspiracy theory to promote Trump.