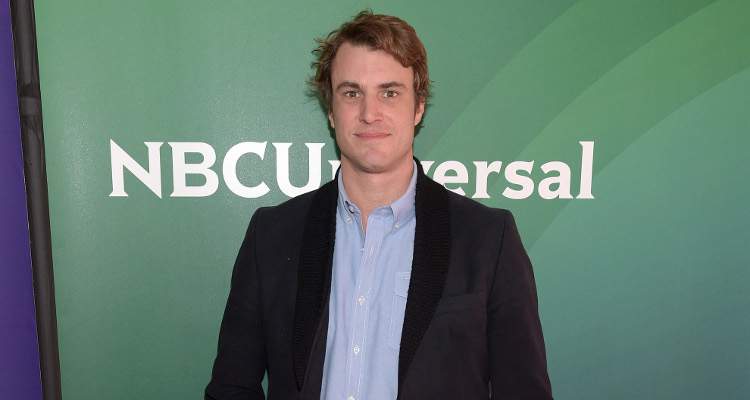 Shep Rose was Southern Charm’s resident playboy and class clown with a net worth of around $200,000. But he’s shedding his bachelor image for the all-new Southern Charm spin-off, RelationShep. Read all about Charleston’s most eligible bachelor in Shep Rose’s wiki right here.

Southern Charm’s ladies man, Shep Rose, is traveling around the country to look for love Bachelor style. RelationShep, which premiered on Bravo on December 4, 2017, saw Rose going out on blind dates until he shortlists potential girlfriends and picks one of them to go back to Charleston, South Carolina. We’re going to see another side of Rose, outside of his playboy and joker image.

Who Is Shep Rose?

For the uninitiated, Shep Rose and his socialite friends featured in Bravo’s Southern Charm. The show focused on the famous southern hospitality and culture through the young and rich circle of Charleston, South Carolina.

Born William Shepherd Rose III, Rose was raised in Sea Pine, South Carolina, with his siblings, Katherine and Whitaker Rose. He graduated from the University of Georgia and Vanderbilt University.

Rose’s parents, Fran and William Rose, have wealthy backgrounds, which ensured he grew up with luxuries. The family settled in Hilton Head Island when Rose was a year old. His father reportedly practices law while his siblings have settled in Charlotte.

Before the Bravo show, Rose wasn’t exactly a public face. His family refused to let the cameras film them. Even his own mother had to be charmed to appear on the show.

The 37-year-old himself didn’t have a social media presence before Southern Charm. But as Bravo stipulated, Rose had to have a Twitter and Instagram account to be accessible to fans. Today, Shep Rose’s Instagram has more than 411,000 followers and counting.

Got some @shepgear hats shipped out to me and brother for the last day in Montana. Had a good day in the park. What a great trip. More shameless promotion: also have the tan fat = Muscle in women's tank tops (by popular demand). And finally, I slightly amused myself by using the Helena filter in this picture. In honor of the capital of this great state. Cheers ?

He Comes from Old Money

Rose is an entrepreneur besides his reality star career. However, his wealth and fame come from old Southern money. His paternal grandfather worked in the steel business, which ensured a comfortable life for generations to come. And his mother’s family was full of lawyers.

Shep Rose’s family is pretty prominent in the South Carolina social scene. His uncle was the former South Carolina Department of Public Safety director, B. Boykin Rose. The town of Boykin and the state dog, the Boykin Spaniel, were named after his family.

When he was asked how he paid the bills, Rose hinted that he was a trust fund baby. But he retracted and said he supports himself. Even his mother reiterated that she and her husband don’t pay for his lifestyle.

Fran Rose said, “We’re not supporting him. I think, particularly after that last recession, that everybody sort of felt, ‘You know, my kid may find his way on a different path than we did.’”

Hey sports fans. I’m enjoying a little sunset and a @redstripe on IOP. Quick query: I got this Guayabera (a Cuban stylish shirt) made for @shepgear after buying one in a thrift store a while back. Should i make a bunch more? Trying to figure out ordering and inventory. They’re Great for drinking beer on a weekend beach day when it gets warmer. Spreading the aloha with my ? as well. @shepgear

Shep Rose’s net worth is estimated at $200,000. However, it’s unclear if it’s his own earnings or includes his family money.

After graduating from Vanderbilt with an MBA, Rose briefly worked in commercial real estate development for his dad’s friend. But, he got out of that line of business during the 2008 recession.

Rose reportedly owns a gourmet hot dog restaurant in Charleston, but business was briefly halted due to a fire that broke out in the establishment last year. He also has his own clothing line of coastal wear called Shep Gear.

The reality star is known to break the drama in Southern Charm with some comedic relief. The cast of the show reportedly earns around $5,000 per episode. And now with his own spin-off, it’s safe to assume that Rose is making a pretty penny on reality TV.

This is my family. We just had one of the all time funniest dinners; Laughed at each other’s expense the whole time. I happily bore the brunt of most of the grief. ? Hope everyone has a great thanksgiving ???

The Inspiration Behind RelationShep

As his castmates would testify, Shep Rose can charm just about anybody. With his irresistible “professional raconteur” charms, he gained notoriety as a ladies man.

Rose’s older sister and younger brother are both married, and he’s great with kids as he’s the favorite uncle. But, his family is longing for the day he finally settles down with one woman.

As it turns out, he’s no stranger to commitment. Charleston’s playboy extraordinaire was once in a serious relationship.

As his Bravo bio states, “Shep Rose was bestowed the nickname ‘RelationShep’ in the year 2003 A.D., for he was ensnared in a whirlwind romance that dramatically changed his priorities and behavioral tendencies.”

Im obviously stuck on thanksgiving ? (or it on me) ; Rosie and Louisa have moved on to Christmas ?. There’s actually presents ? received on that day. Shopping cart and Red X-Mas outfits on. Cyber-Monday here we come. #spoilingmyneices

That one-time romance inspired the name of his spin-off show. After that relationship ended, he was back to his non-committal self as we saw on Southern Charm. But he wants to give a relationship another try.

That’s how he landed RelationShep, where he travels around the U.S., meeting his friends who set him up on blind dates with women they think are a perfect match for him. If he likes any of these women, he’ll bring them back to Charleston to see how well she fits into his Southern Charm-ed lifestyle.

We’ll have to see how Shep Rose’s girlfriend hunt pans out on RelationShep every Monday at 10:00 p.m. EST on Bravo.