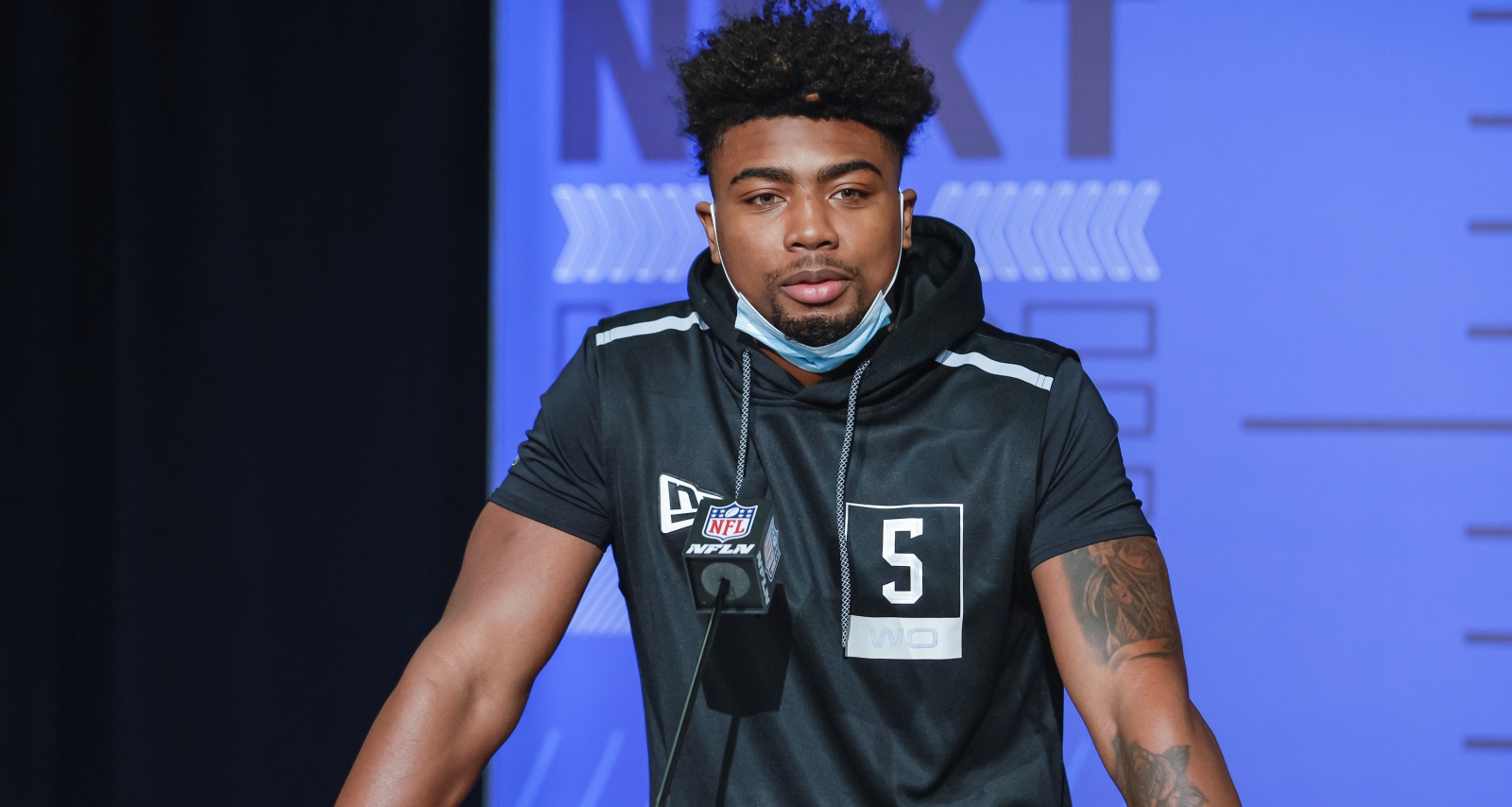 Treylon Burks #WO05 of the Arkansas Razorbacks speaks to reporters during the NFL Draft Combine at the Indiana Convention Center on March 2, 2022 in Indianapolis, Indiana. (Photo by Michael Hickey/Getty Images)

Arkansas Razorbacks wide receiver Treylon Burks is one of the top prospects in the 2022 NFL Draft. Analysts predict that Burks is going to be the Green Bay Packers’ new recruit. If he does sign with the franchise, Packers fans should get ready to welcome a new WAG. Treylon Burks’ girlfriend-turned-fiancée, Shelby Pearlman, is his biggest cheerleader on his path to the draft. They are something of a power couple in Razorbacks Nation, and their social media followers can’t get enough of how cute they are, especially after their engagement. Before they get too famous to keep up with, find out about who Treylon Burks’ fiancée is in this Shelby Pearlman wiki.

Shelby Pearlman was born on July 14, 2000, and hails from Searcy, Arkansas. She is the daughter of Denise Landis Pearlman and Andrew Pearlman.

Shelby’s mom Denise passed away in January 2020. She is survived by her children, Brett Martindill, Brittney Stone, Shelby Pearlman, and Jacob Pearlman; their respective partners and children; and extended family.

At the time of her death, Denise was seeking her degree in psychology and therapy, had worked in a prekindergarten, and operated the Scrapbook Attic.

Shelby Pearlman graduated from Riverview High School in 2018. She was a softball athlete in high school.

She is currently a student at the University of Arkansas. On Facebook, Pearlman mentions having a job at Riverside High School.

Arkansas native Treylon Burks is a wide receiver for the Razorbacks. He connected with fellow Arkansas student, Pearlman, in late 2020, and both went Instagram official in May 2021.

After a year together, Burks made the New Year 2022 extra special by popping the question. Instead of New Year wishes, Pearlman and Burks broke their engagement news on social media, and needless to say, their followers and fans were ecstatic.

No wedding plans have been revealed yet. For now, the NFL Draft 2022 is the immediate focus, and fans speculate if Shelby Pearlman will become a Packers WAG.