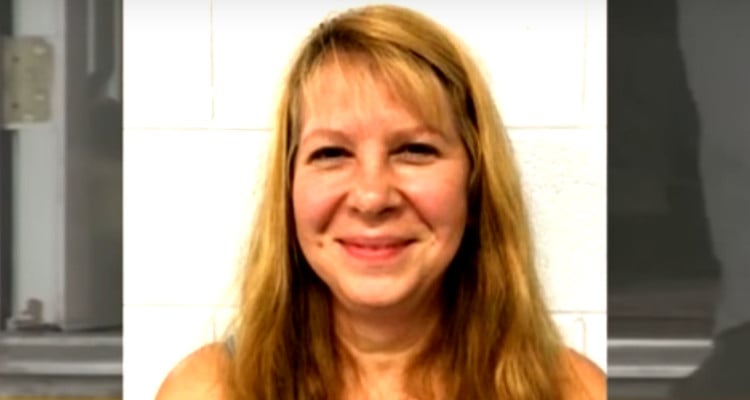 In 1990, Marlene Warren answered her door to see a clown with white makeup, orange hair, and a red nose. The clown handed her a bouquet of flowers and two balloons. One balloon has the words, “You’re the Greatest” written on it. After saying “How nice,” the clown shot Warren in the face, and fled the scene. Now, 27 years later, the killer clown case might have come to an end.

Warren is now 54 years old and lives in Virginia with her husband, Michael Warren, who was married to Marlene Warren at the time of her death. On Tuesday, Sheila was detained by police on charges of first-degree murder. At the time of Marlene Warren’s murder, Sheila repossessed cars for Michael’s used car lot.

According to reports, Sheila Keen Warren and Michael Warren had an affair while he was married to Marlene, and she recently split from her husband, Richard KEen. Witnesses said that the two took long lunch breaks, and Michael reportedly paid for Sheila’s rent. There were rumors that the two were having an affair, but they both denied it.

“There were statements that they were involved,” investigators said, “However, both had denied being in a relationship at the time of the murder.” Two years after Keen’s divorce was finalized in 2000, it was reported that Sheila and Michael got married in Las Vegas. Recently, the couple sold their restaurant, Purple Cow, in Kingsport, Tennessee.

Killer-Clown: 27 yrs later, woman arrested for killing lady and marrying her husband . . Sheila Keen Warren has been arrested by Florida Police for the fatal shooting of the wife of her husband. In May 1990 – 27 years ago – Sheila allegedly dressed as a clown and shot Marlene Warren in her home. . . Marlene was shot in front of her son and his friends by a clown in a red wig and bulb nose, carrying flowers and two balloons – one saying “You’re the greatest!” . . She had gone to fetch the flowers and the balloons when she was shot. Sheila was suspected but wasn’t arrested due to lack of evidence. She married Marlene’s widower Michael Warren in 2002. . . But 27 years later, a news release by the Palm Beach County Sheriff’s Office says a now 54-year-old Sheila has been arrested for the murder after Palm Beach County deputies reopened the case and conducted a new DNA analysis. A grand-jury has indicted her on a first degree murder charge.”

When the investigation into Marlene Warren’s murder began, two store clerks from a West Palm Beach costume shop pointed out Shiela Keen from a photo lineup. They told police that she was the woman who bought a clown costume, orange wig, makeup, and a red nose just two days before the Memorial Day shooting. Employees of Publix also ID’d her for buying flowers and balloons just an hour and a half before the murder.

Marlene Warren died in the hospital two days after being shot. At the time, police suspected Sheila and Michael Warren to be involved in the case, but no arrests were made due to lack of evidence. The case was reopened three years ago and with advancements of DNA identification, police were able to make an arrest.

Sheila Warren was arrested on Tuesday and will reportedly be sent back to Palm Beach County to face the first-degree murder charge. During a news conference, State Attorney Dave Aronberg said, “The potential penalty in this case is life in prison, and potentially the death penalty.” Currently, there is no news if Michael Warren will be charged for being connected in the case of his wife’s death. Finally, after 27 years, justice will be served to the family of Marlene Warren.