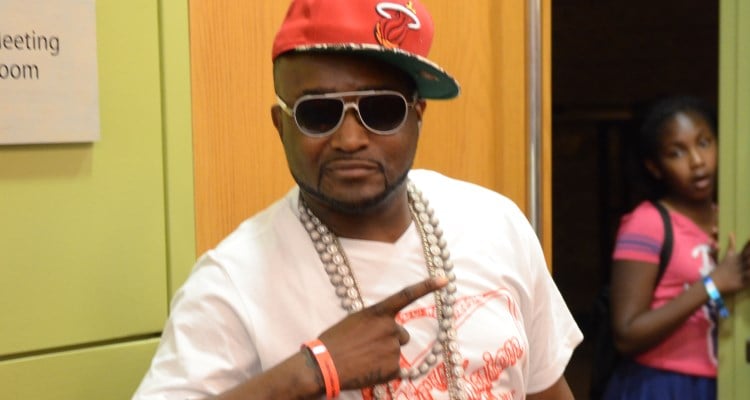 Early Wednesday, September 21, reports broke the news that rapper Shawty Lo is dead. Fans of the 40-year-old rap artist are stunned to hear the news and want to know the details, including information about Shawty Lo’s kids, Shawty Lo’s net worth, and Shawty Lo’s songs. Many are unaware as to who is Shawty Lo and are searching “Shawty Lo dead,” to find out more information. Not to worry, as our Shawty Lo wiki will give you all the details you need.

Shawty Lo, born Carlos Walker, is an Atlanta rapper, originally from Moultrie, Georgia. Walker was killed in a fatal hit-and-run accident this morning and the reports were confirmed by radio personality, Ryan Cameron on Twitter.

Mgr Johnny Cabell has confirmed that @THATSSHAWTYLO has been killed in a hit and run accident this am. Real O.G. R.I.P. #zone1forlife

A report by GDOT said that while Walker was on the I-285 southbound at Cascade Road, his vehicle collided with another vehicle, hit two trees and then caught fire. When authorities arrived at the scene, one person was found dead, after being ejected from the car, and two others were taken to the hospital.

Born March 31, 1976, Carlos Walker was active in his rap career circa 2003 until his death this morning. He was associated with rappers 50 Cent, Gucci Mane, and Lil Wayne. Walker founded the hip-hop group D4L, with rappers Fabo, Stoney and Mook-B. In 2003, he founded D4L records and is best known for his debut single, “Dey Know,” and popular song, “Laffy Taffy.” Walker also received a BET Award for “Rookie of the Year.”

Carlos Walker is known for having many children with different women. He had his first child by the time he was 17, and has a total of 11 children from 10 different women. Although Walker eventually owned up to his responsibility as a parent, he initially blamed the “baby mamas” for setting him up to get his money. He told MTV circa 2012, “They wouldn’t have an abortion; they would take the money and run with it. Just so they can have a baby by the most poppin-est guy in the streets. So, that’s how I had all them kids.” He also claimed it was his broken upbringing that caused him to get into so much trouble as an adolescent.

Shawty Lo’s net worth is sky high at $2.5 million, thanks to his rap career, albums and endorsements. His debut album, Down for Life went certified gold and in 2007, his single, “Laffy Taffy” broke the Guiness record for most downloaded song in all of history (at the time). The song went on to top the Billboard Hot 100 Chart in 2006, and even became a multi-platinum ring tone, as well as earning an ASCAP award. According to Net Worth Tomb, here are the figures for his earnings: