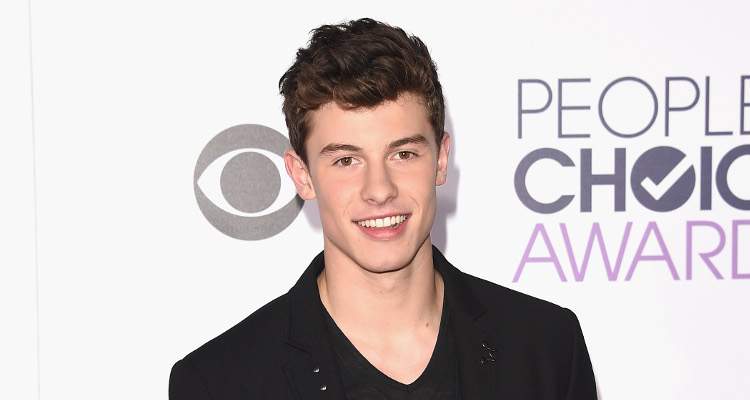 To say that Shawn Mendes is handsome would be stating the obvious. We have seen the 18-year-old Canadian singer and songwriter come a long way from his first video on Vine, and we haven’t been able to stop gushing about his boyish charm ever since! His younger fans are already playing Shawn Mendes’ songs on repeat, and can’t get enough of his adorable looks. And now, as the young pop star is growing up, we are sure that he’ll woo the older generation, too. As Shawn Mendes gets older, he’s likely to ditch the adorable boy band image and grow into a man and serious artist. He already has girls going crazy now, imagine what a few years will do! Does Shawn Mendes have a girlfriend? Who is Shawn Mendes dating? Keep reading to know more about Shawn Mendes’ girlfriends list.

Who is Shawn Mendes Dating?

Is Shawn Mendes single? According to sources, it looks like the singer is not only single —he’s looking! With news from last year’s American Music Awards stating that Mendes would date a fan, the 18-year-old has more than a few girls lining up at his door!

Though he might be single now, there have been rumors (both confirmed and otherwise) about Shawn Mendes’ girlfriends. Tabloids have linked the “Stitches” singer to an array of young women. Here are some of the beautiful ladies that the singer has allegedly dated.

Rumors of Mendes dating the 20-year-old Fifth Harmony singer circulated for months, until finally the Canadian crooner decided to address it.

In an interview with CapitalFM, Mendes made it clear that he was not dating Camila Cabello. The two were on a summer tour in 2015 together, when the rumor mill went into overdrive. But the truth is, it was nothing more than friendship for them.

Once upon a time, Shawn Mendes and actress, Chole Grace Moretz exchanged a few harmless flirty tweets. But the Internet couldn’t hold their excitement in. Mendes shared a sexy picture of himself (and his abs) on Twitter, to which Moretz responded with a GIF of herself biting her nail and giggling. Mendez Tweeted back, “hahahhahah genius use of gifs,” thus beginning speculation that they were an item.

Who hasn’t been linked to Taylor Swift? The two artists have a strong friendship that some hoped might be something more.

Mendes was only one of the select few to get an invite to Taylor Swift’s exclusive birthday bash in 2014, and he also went on tour with the “Bad Blood” singer the following year. Despite the nine year age gap between the two pop stars, people were buzzing about their possible relationship.

Shawn Mendes was rumored to have been hanging out “too much” with vlogger and YouTube star, Bethany Mota. Although nothing was ever confirmed, and it is arbitrary to jump to conclusions just because they were both Vine stars, this was yet another highly talked about bit of gossip regarding Shawn Mendes’ dating life.

Also Read: Dave East’s Girlfriend: Who is He Dating?