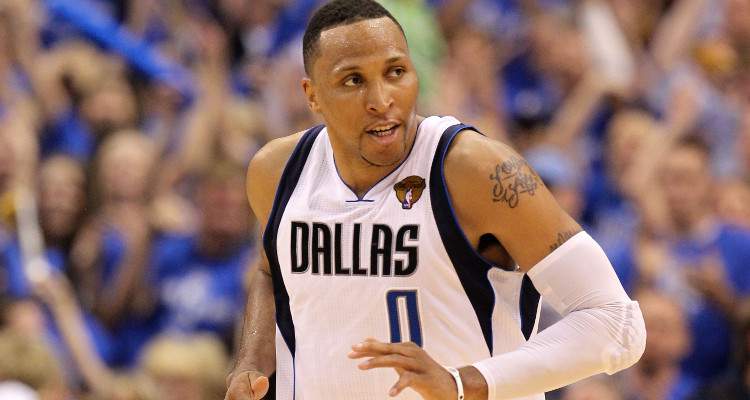 Shawn Marion’s career was defined by 16 seasons in the NBA, a championship title for the Dallas Mavericks, and a bronze medal at the Olympics. Shawn Marion’s net worth in 2018 is estimated at $60.0 million but is set to top all that. Fans will get to see Shawn Marion on The Amazing Race 2018, competing for the $1.0 million prize.

Shawn Marion and Cedric Ceballos never had the opportunity to be teammates during their NBA days. But they teamed up to race around the world on The Amazing Race season 30. Why does Marion want to compete for $1.0 million when he has a net worth estimated at $60.0 million?

Marion explained and said, “It was a once-in-a-lifetime opportunity for me, and I was like, why not?”

The basketball player made millions in the NBA with his championship appearances. So, keep reading to know all about the former NBA star’s wealth, right here.

How Rich Is Shawn Marion?

• Born in Illinois on May 7, 1978, Marion grew up playing basketball in Tennessee alongside future NBA player, Trenton Hassell.

• He attended Vincennes University in Indiana where his amazing stats earned him a national letter of intent to play for the University of Nevada, Las Vegas.

• Marion was ninth overall pick in the 1999 NBA draft by the Phoenix Suns; he missed 31 games because of an injury, but was selected to the All-Rookie Second Team.

• The basketball star was part of the U.S. National Team, which won bronze in the 2004 Olympics, and gold in the 2001 Goodwill Games.

• With rumors of a trade in 2007, he negotiated to play with the L.A. Lakers alongside his friend, Kobe Bryant. But he was acquired by Miami Heat in exchange for Shaquille O’Neal.

• Marion was soon acquired by the Dallas Mavericks and signed a five-year contract worth $39.0 million; he led Dallas to victory in the 2011 NBA championship, the franchise’s first win.

• He signed with the Cleveland Cavaliers in 2014 but retired the following year after 16 seasons.

Check out Shawn Marion’s career earnings in the table below:

Shawn Marion off the Court

• Although he was one of the best players in the league, Marion was involved with teams that didn’t have any championship appearances; so he lacked significant endorsement deals.

• Marion had a local endorsement contract with Phoenix’s Room Store, which furnished his home; he also had a Nike commercial that ran for two weeks, and his own signature shoe with the shoe brand.

• At one point, he owned a Hummer, Porsche Cayenne, and Dodge Magnum—all white.

• The basketball star boasts about his Jordan sneaker collection, which includes every model from 1984 and some even in different colors; one pair is signed by Michael Jordan himself and authenticated by a seal.

• Sports analyst Kenny Smith bestowed him the nickname, “The Matrix” because of Marion’s other-worldly motion; he trademarked “Matrix 31,” a combination with his jersey number, as an LLC.

• Forbes measured NBA player salaries against their performance in 2007; Marion was No. 16 with a Player Relative Productivity Score of 141 against his $13.8 million contract with the Phoenix Suns.

Here’s how Marion compares to other retired NBA players of his era: