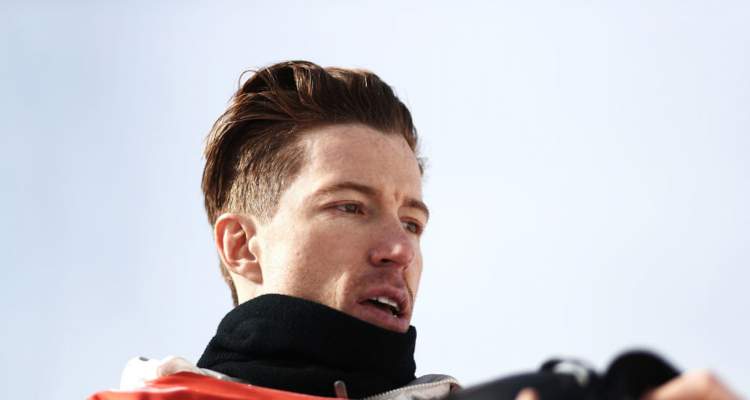 Shaun White’s parents introduced him to the sport of snowboarding at a young age and encouraged by him to excel in it. His mother, Cathy White, and his father, Roger White, sacrificed their comforts and struggled hard to provide a healthy environment for their children. Today, White is a three-time Olympic gold medalist in skateboarding.

Shaun White has done it again! White won his third gold medal in the halfpipe snowboarding competition by beating much younger participants like Ayumu Hirano of Japan. The Pyeongchang Olympics gold medal is White’s overall third medal, having won it twice before at the earlier editions of the Games.

After learning that he had won, White hurled away his board, cried out in victory, and dropped to his knees in tears. He later embraced his mom, Cathy White, and the tears flowed even more.

White said about his victory, “I knew I did a great ride and I was proud of that, and I could walk away with my head high, but when they announced my score and I’d won, it crippled me.”

The irony in all this is that Shaun White’s mom doesn’t like him to snowboard. She knows that it’s a sport.

Cathy White spoke about her son’s fame and said, “I don’t care where it came from because I don’t like him snowboarding.”

White’s mother is justified to feel this way. She cannot forget that White was in the ICU in 2017 after a getting injured in a serious crash.

The three-time Olympic gold medalist started snowboarding early and was considered a “child prodigy” before turning into a professional skateboarder at the age of 17 years. Shaun White’s family used to sleep in a van at the base of the San Bernardino Mountains on winter weekends so that he and his older brother, Jesse White, could snowboard.

White remembered those days and said, “My mom would put me, my brother, and sister in the car and we’d drive up and ride the mountain all day, or spend the weekend if we were really going to live it up. I was introduced to the sport in such a casual way, but it really took hold of me.”

His Dad Was a Surfer

Shaun White’s dad, Roger White, worked for the San Clemente water department and was an athlete in his own right. He grew up loving surfing and riding the local breaks between Imperial Beach and Del Mar in Coronado.

After graduating from high school, Roger White enrolled at the Monterey Peninsula College and surfed in the cold waters of the Santa Cruz area. Not surprisingly, he wanted his son to become a surfer, but he showed a predilection for snowboarding as a kid.

Shaun White’s parents sacrificed all their comforts so that their children could follow their passion and do what they loved.

When the snowboarder was a kid, he and his family lived near San Diego, California. His parents built a skateboard ramp in their backyard for their elder son, Jesse White.

Son Is King of the World

Little did Cathy and Roger White know that it would be their younger son who would become a world-famous skateboarder, bringing home three Olympic Gold medals and making them proud.

All those years of sacrifice, hard work, and struggle did pay off in the end.