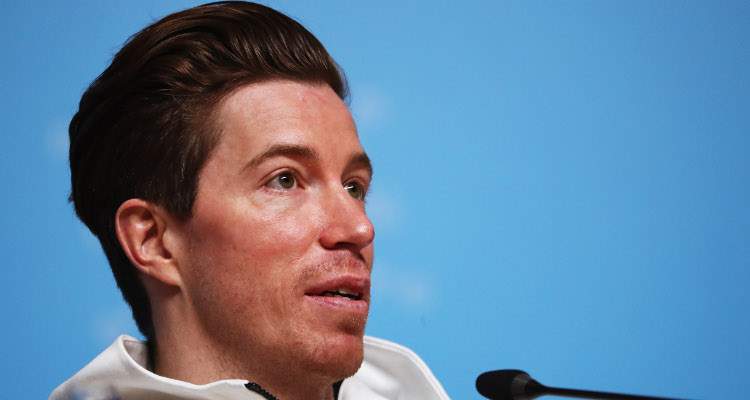 The Winter Olympics 2018 is well underway and snowboarder Shaun White is being highly buzzed about. Many will remember Shaun White’s Sochi injury, and recently, he took another bad spill. He suffered a pretty serious head injury while training for this year’s Olympics, and many are still curious to know more about his injury and if he’s fully recovered. Get the scoop on Shaun White’s head injury and learn how he’s made the biggest comeback of his career.

Shaun White not only went through painful trauma, but his confidence was also shaken when he admittedly “took a slam while training in New Zealand” in October. He needed over 60 stitches to close up a gash on his head after bailing on a half-pipe trick. So, how is Shaun White now? Keep reading for a Shaun White injury update.

It’s not uncommon for athletes to take a hit and injure themselves. Their recovery plays an all-important role in gaining back the confidence and strength they need to improve.

However, when an athlete takes a blow to the head/face, it may appear as though their career is over. And that’s exactly what happened to Shaun White.

Not only did he face a bad injury in Sochi four years ago, he was more than frustrated when he didn’t take home the gold.

White came fourth in Sochi, and the loss was an eyeopener. So, he was determined to get back to snowboarding and improve.

Shaun White faced a very bad injury in October 2017, while training in New Zealand. He was practising some new tricks when his board touched the tip of the half-pipe and he crashed face first.

He was bleeding profusely, painting the snow red, and was airlifted by a helicopter.

“All of a sudden I was in the hospital,” White said.

The doctors needed all of 62 stitches to close the wound on his forehead. There was also an injury to his nose and they even had to repair his tongue.

White spoke about the injury to ABC News’ Amy Robach and said, “It was the most visually jarring injury. I’ve had a broken bone, but it’s not like you visually see the snapped bone. This was like … you can’t avoid it … I’m looking in the mirror like, ‘I don’t even recognize this person.’”

So, what actually happened to cause such a catastrophe? White explained that he was trying some new tricks when something went wrong.

“I was working on a new trick, and as I re-entered the halfpipe, I clipped the top. I flew about 22 feet and hit my face at the bottom, and had 62 stitches and I had some bad bruising in my lungs,” he explained. “My modeling days may be over, but I will definitely be there in 2018 in Pyeongchang for the Olympics.”

But White’s courage is admirable and he was back in the competition in December. At the U.S. Grand Prix, he came third in the halfpipe! And, he reassured all fans he would be there competing for gold in Pyeongchang!

The Flying Tomato has numerous achievements under his belt and is not looking to slow down now. White earned his Summer and Winter X Games medals, making him the first athlete in his field of sport to do so. He’s the only snowboarder to achieve “The Armadillo,” which is basically landing a body varial frontside 540.

He is also the first to three-peat at the Winter X Games in the SuperPipe. Did you know that he was twice named “Rider of the Year” in Transworld Snowboarding?

At the 2018 Winter Olympics, White has already showed the world why he’s a legend. The athlete scored a very impressive 93 points on his run on Tuesday. But that didn’t surprise anyone, especially after receiving a perfect score of 100 last month at the U.S. Grand Prix of Snowmass in Colorado.

The men’s half-pipe final run is all set for February 14, 2018, and the U.S. is definitely rooting for their snowboarding hero, Shaun White! (As are we!)