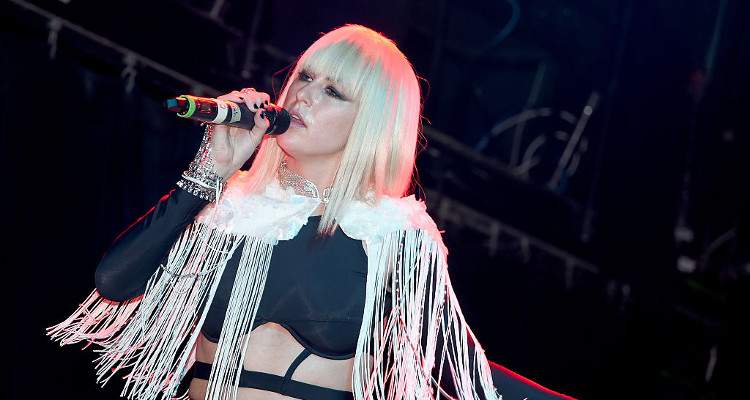 The lady crooner of Phantogram is in love! Who Sarah Barthel is dating is no longer a mystery. Snowboarder Shaun White’s girlfriend in 2018 is one half of a famous music band and a sensation among her fans. Know more about her here!

Sarah Barthel is a name that many of us have heard before. She is a part of the musical duo Phantogram. She plays the keyboard and sings. Her boyfriend, we are sure, needs absolutely no introduction. He is a very prominent personality in the snowboarding world, but Sarah is quite famous in her own right. Know more about her in this Sarah Barthel wiki.

A Little about Her

Barthel’s net worth is estimated at $3.0 million. Along with Josh Carter, her fellow band member, she belts out songs chartbusting songs. The band came into being in 2007 and has been in the news for hit numbers like, “Fall In Like” and “Slab of Butter (Scorpion)”

Born on February 17th, 1983, she has a sibling named Rebecca Claire Barthel. Sarah Barthel and Shaun White, two-time Olympic gold medalist and an acclaimed snowboarder and skateboarder, have reportedly been dating since 2013.

The duo spends time with each other despite their busy schedules. They make sure that they are there for each other, and they look really happy and comfortable in their “together time.”

Though the pair has been dating since 2013, there has been no update on their plans to get married. Fans of the duo are keen to know when this beautiful singer and her boyfriend are planning to get engaged.

Sarah Barthel’s Instagram is full of random posts. However, her love for her canine friends is evident from her posts. They feature frequently, hanging from purses and appearing on camera out of nowhere.

Happily Bound to the Band

Electro-rock music genre band Phantogram, Sarah Barthel, and Josh Carter are practically synonyms of each other. The band has been their identity and vice versa. The duo has performed together at various occasions.

The singer met her band partner through her sister. Her sister committed suicide in 2016. Armed with a degree in visual arts, Barthel and Carter started creating music after she came out of college. She considers him to be a brother and credits him for making her realize her potential as a songwriter.

We wish them all the luck for the good times ahead!