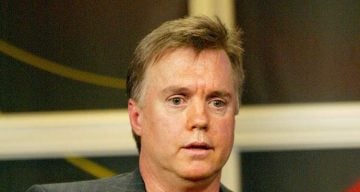 After the death of singer and actor David Cassidy, the spotlight has fallen on his family, especially his half-brother, Shaun Cassidy. He was a popular singer and actor in the 1970s and 1980s before establishing himself as a writer and producer on television.

Famed singer and actor David Cassidy passed away on Tuesday, November 21, 2017, in Fort Lauderdale, Florida from organ failure. Once a teen heartthrob of the 1970s, he was surrounded by his family and loved ones at the time of his passing. His younger half-brother is Shaun Cassidy, who starred in popular TV shows like The Hardy Boys Mysteries and Breaking Away. In the 1980s, he had a short stint on the daytime soap opera, General Hospital and also acted on Broadway. In the 1990s, he worked exclusively as a writer and producer in television with several shows like American Gothic, Invasion, and Roar. Here are some details from Shaun Cassidy’s wiki.

Starting Out as a Singer

Born on September 27, 1958, in Los Angeles, California, Shaun Cassidy’s age is 59. Shaun Cassidy’s parents were Shirley Jones and Jack Cassidy, whose association with showbiz encouraged him to be an entertainer himself. He was still in high school when he started recording music and went on to release six studio albums throughout the 1970s, including Shaun Cassidy, Born Late, Room Service, and Wasp. He had several hit singles like “Da Doo Ron Ron,” “That’s Rock ‘n’ Roll,” “Hey Deanie,” and “Our Night.”

Cassidy then started to focus on his acting career and had parts on Broadway in plays like Mass Appeal, Bus Stop, Pass/Fail, Diary of a Hunger Strike, and Blood Brothers. He also plunged into writing for television and created shows like Cover Me, Ruby & The Rockits, and Emerald City.

Is David Cassidy related to Shaun Cassidy? Yes, the two are half-brothers, and Cassidy has two other brothers, Patrick and Ryan. His personal life was a bit troubled as his first marriage to model Ann Pennington ended in divorce. They were married on December 1, 1979, and, after having two children, ended their marriage in 1993. He then married actress Susan Diol in 1995, with whom he has a daughter, but the two split in 2003. Cassidy married again in 2004 to producer Tracey Lynne Turner, and they have four children.

Thanks to his long stint as a singer, actor, writer, and producer, Shaun Cassidy’s net worth is a healthy $20.0 million. Considering that he is just 59 years old and still working hard, there is no doubt that his wealth will continue to grow. He will continue to make the Cassidy name proud following the family’s devastating loss.