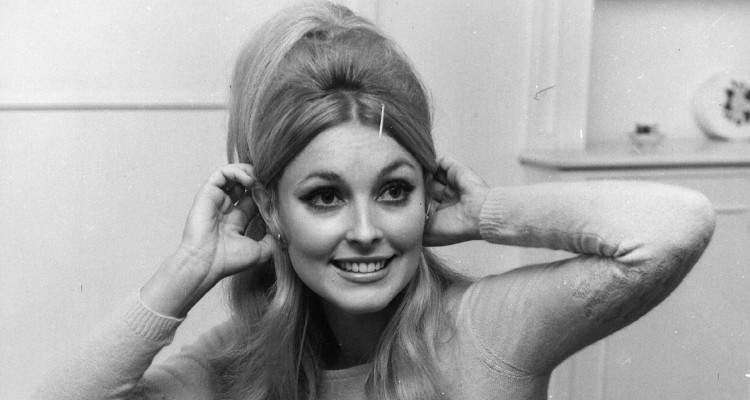 Former cult leader and an infamous killer Charles Manson is battling for his life in the hospital now. Manson was rushed to the hospital three days ago, escorted by five cops. Reportedly, Manson’s health is deteriorating. In the late ‘60s, Manson and members of the Manson Family were arrested on the charges of murdering several people, including actress and model, Sharon Tate. If you want to know more about Sharon Tate and Charles Manson’s connection, then have a look at Sharon Tate’s wiki right here.

Sharon Tate was born on January 24, 1943, in Dallas, Texas, to Doris Gwendolyn and the late Colonel Paul James Tate, who was a U.S. Army officer. Tate has two younger sisters, Debra and Patricia.

Because Tate’s father was in the army, he would often get transferred to different cities. So, Tate lived in six cities while she was growing up. Tate was described as shy, and her family also thought she lacked confidence.

Undoubtedly, Tate was very beautiful, and people would often marvel at her and comment on her beauty. So, after graduating from high school, Tate started participating in various beauty pageants.

In 1959, Tate won the title of Miss Richland. Reportedly, Tate wanted to pursue psychiatry and participate in the Miss Washington pageant in 1960. However, before she could do either, her family moved to Verona.

It was in 1965 that Tate made her debut in the movies. She landed a role in the film, Eye of the Devil. Throughout her Hollywood career, Tate has worked in movies like Barabbas, Hemingway’s Adventures of a Young Man, The Americanization of Emily, The Beverly Hillbillies, Mister Ed, The Wrecking Crew, The Fearless Vampire Killers, and Don’t Make Waves. She also starred in Valley of the Dolls, for which she was nominated for a Golden Globe Award.

Tate’s last appearance was in the film, The Thirteen Chairs (also known as 12+1), which was released after her death.

Reportedly, Sharon Tate met Roman Polanski in London. Later, Polanski and Tate revealed that they were not impressed with each other during their first meeting.

Tate played the lead role in Polanski’s movie, The Fearless Vampire Killer. It was reported that Tate started dating Polanski while filming the movie. She then moved into Polanski’s London apartment in 1967, after filming was over.

On January 20, 1968, Tate and Polanski got married in Chelsea, London, which was a highly publicized affair. Reportedly, the duo was described by photographer Peter Evans as, “the imperfect couple.”

After the couple were married, they lived together in Polanski’s mews house off Eaton Square in Belgravia. However, it wasn’t too long before the pair moved to Los Angeles.

Tate and Polanski started hanging out with some of the most successful young actors in the industry like Leslie Caron, Jane Fonda, Peter Sellers, Warren Beatty, and Steve McQueen, to name a few. Jay Sebring was considered to be the couple’s close friend.

Around the end of 1968, Tate became pregnant. It was the couple’s first child together.

In February 1969, Tate and Polanski moved to 10050 Cielo Drive in Benedict Canyon. The pair was famous for hosting parties for their friends. However, some of their friends used to worry about the strange types who would show up at their parties.

In 1969, Tate returned to Los Angeles alone from London. Polanski was supposed to return to Los Angeles on August 12, so he had asked his friend Wojciech Frykowski and Abigail Folger to stay with his expecting wife until then.

Sharon Tate’s murder was considered the cult’s most high-profile case. Tate was eight and a half months pregnant at the time, and Polanski was in London.

On the evening of August 8, 1969, Tate went to her favorite restaurant with her friends Jay Sebring, Abigail Folger, and Wojciech Frykowski. Reportedly she returned home around 10:30 p.m.

Reportedly, a little while after midnight on August 9, Manson ordered Watson to take along Patricia Krenwinkel, Susan Atkins, and Linda Kasabian to Melcher’s former house, which was occupied by Polanski and Tate. He asked them to murder everybody present there.

According to sources, Steven Parent, who was apparently Tate’s gardener’s friend, was shot by the Manson family. Unfortunately, Jay Sebring was kicked and shot when he tried to protect Tate.

During the fiasco, Folger and Frykowski managed to run from the house, but they were chased and stabbed to death. Apparently, Folger was stabbed by the attacker 28 times.

The horrible part of the murder was that Tate apparently pleaded for the life of her unborn child, but she was bludgeoned to death by Susan Atkins.

"When everybody else is eating cream chicken or potatoes au gratin, I have a hot spinach salad. It's incredibly good – boiled spinach with oil, lemon, vinegar and pieces of well-done bacon. Most of the time rosemary, oregano and sage are my a, b, c's of dieting. It's a wonder what spices can do for ordinary vegetables or salad. If I stick to proper foods and stay low on sweets, potatoes and bread, I'm all right. I'll stay at 111 pounds without that heavy midriff bulge that comes from sweets. I also drink lots of tonic water with lemon. It's nonfattening, thirst-quenching and absorbs the fatty things you eat"-Sharon Tate I must say, this is incredible! To my knowledge, dieting wasn't really a thing in the 60s, compared to dieting today. Sharon Tate was definitely ahead of her time in so many ways. This is also very motivating at the moment? #SharonTate #ForeverYoung #TimelessBeauty #Legend #Icon #MyInspiration #FunFactFriday

In fact, before Atkins stabbed her, she told Tate, “Look bitch, I have no mercy for you. You’re going to die and you’d better get used to it.”

According to reports, Atkins wrote the word, “PIG” on the front door of the house. Sharon Tate’s crime scene was horrible, and the murders were gruesome.

Polanski returned to Los Angeles and was heartbroken to learn the news about his dead wife and unborn child. All the people involved in the killings were arrested and found guilty.

Roman Polanski wrote in his autobiography, “Sharon’s death is the only watershed in my life that really matters,” and also explained that Tate’s murder totally changed his personality from a “boundless, untroubled sea of expectations and optimism” to one of “ingrained pessimism…eternal dissatisfaction with life.”