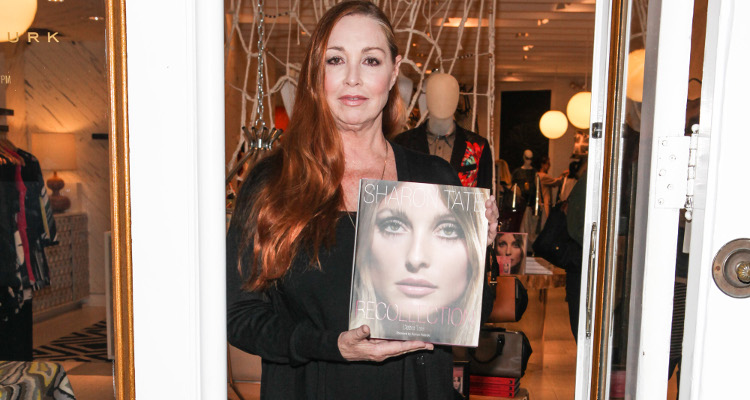 Famed cult leader, Charles Manson is dead. And since the news of his passing, the spotlight is back on the tragic death of actress Sharon Tate, one of the most famous people brutally killed by members of the Manson Family. Sharon Tate’s sister, Debra Tate, has been the frontrunner in the campaign to keep the Manson Family members in prison. She is also a passionate promoter of Sharon Tate’s legacy. Keep reading for more information about the late actress’ sister in our Debra Tate wiki.

Charles Manson’s death was confirmed yesterday bringing attention back to Sharon Tate, the actress who was eight months pregnant when she was killed by his followers. Debra Tate was only 16 years old at the time, and watched as her sister’s murder shocked Hollywood and thrust her family into the public eye. Ever since, the Tate family have tirelessly fought for the killers to be brought to justice.

Born on November 6, 1952, in El Paso, Texas, Debra Tate’s age is 65. Her parents, Paul and Doris Tate, had two other daughters: Sharon, the eldest, and Patti, the youngest. Debra is the sister-in-law of director Roman Polanski, who was married to Sharon at the time of her death.

Spending some time with Mom, #sharontate, and Patti. Tidying up at #holycrosscemetery and sharing good news.

She appeared in a few documentaries, including 2008’s Roman Polanski: Wanted and Desired, Manson’s Missing Victims, and the 2009 television movie, Manson.

Tate married William E. Mussenden in November 1984, and the couple have one daughter, Arieana Tate Mussenden.

The Fight Against The Manson Family

The shocking news of Sharon Tate’s murder in 1969 not only shook Hollywood but also deeply affected the Tate family.

A recent ABC documentary, Truth and Lies: The Family Manson, gave viewers a more in-depth look into the murderous rampage on that fateful night. Debra Tate was one among the many people interviewed for the documentary, which aired in March this year.

She recalled the moment when her family received news of her sister’s murder and said, “My mother is falling apart and screaming that Sharon was dead. It was just horrible. Mother was a basket case, complete and total basket case.”

Debra Tate appeared at the parole hearings for cult members on behalf of the Tate family. She also has an online campaign, “No Parole for Manson Family.”

Tate strongly believes that the killers do not deserve to be out on parole because “They don’t show any personal responsibility. They haven’t made atonement to any one of my family members.”

In Loving Memory of Sharon Tate

Tate is the author of Sharon Tate: Recollection, a book she wrote in 2014 to celebrate the memory of her sister.

My book Sharon Tate: Recollection is available on @amazon. If you're a fan of my sis you won't be disappointed.

The book details the actress’ life and career as a rising star in Hollywood before her life was cut short at the age of 26.

The younger Tate sister is also a strong campaigner for victims’ rights on Twitter, and often uses the platform to promote her sister’s legacy.

New book with Beautiful layouts of iconic 60s women including Sharon Tate. Check it out pic.twitter.com/qTGHqbmw0H

This is honest to god one of my favourite fashion images from that era ? pic.twitter.com/xm9SbC0fJW

In the ABC documentary, Tate said, “The world lost an amazing set of philanthropists. They definitely would have been the movers and the shakers in this industry.”

There are recent reports of her breast cancer diagnosis, and a GoFundMe account has been set up to help with medical expenses. The latest update on the fundraiser shows that she will now be receiving radiation after a successful surgery.