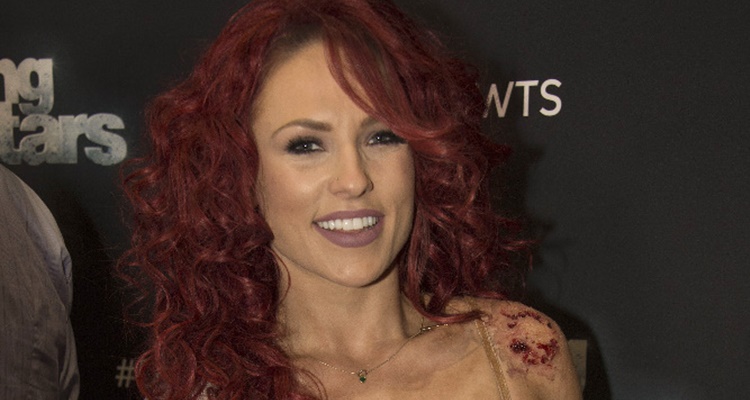 Sharna Burgess is best known for her mesmerizing moves on Dancing with the Stars. This season, she’s back and has been partnered with world champion professional bull rider, Bonner Bolton. The two will performed their first dance together last night, as the season 24 premiere sparked an exciting new season! Speaking of sparks, the season has barely begun and the rumor mill is already churning out Burgess-Bolton relationship rumors. But first, let us get to know a little more about the 31-year-old Australian ballroom dancer in our Sharna Burgess wiki!

Dancing with the Stars is a show that definitely makes you want to get up and dance —especially after seeing how easy the dancers make it look! Sharna Burgess has captivated judges ever since she joined the Dancing with the Stars cast in season 13! Since then, she has sparked the interest of fans of the show, and this season she’s working hard, with high hopes of winning the coveted Mirror Ball trophy! We’ve got all the information you need on the Australian dancer, and what we can expect from her this season.

Dancing with the Stars’ season 24 premiere saw Burgess and Bolton perform a cowboy themed dance routine, and it seems that the couple is already making headlines after their live performance! Following their cha-cha routine to Luke Bryan’s “Move,” Bolton was seen getting a little “handsy” with Burgess, though it may have been an innocent mistake. The incident occurred almost off-camera, when Burgess walked over to Bolton, who then put his hand around her waist, brushing up against her crotch. It didn’t look like much at the time, as the focus was on host Erin Andrews interviewing Nick Viall, but eagle-eyed fans zoomed in on Bolton’s hand, causing the Internet frenzy. While Bolton has apologized, and brushed it off as an innocent misplacement of his hand, many aren’t convinced and the air is rife with speculation that the two are dating.

Sharna May Burgess was born on June 21, 1985 in Wagga Wagga, New South Wales, Australia. Her parents are Ray and Lucy Burgess. Growing up, Burgess was a tomboy, however, she fell in love with dance when she was five when she began to learn ballet, jazz, and gymnastics.

When she turned eight, she studied ballroom dance. From then on, she went on to participate in many local and national titles. She even performed during the 2000 Sydney Olympic Games’ closing ceremony!

Is Sharna Burgess married? Or does Sharna Burgess have a boyfriend? Chances are, she is not dating anybody, right now, and with her focus on the winning the DWTS Mirrorball trophy, she’s got bigger things on her mind! She was once in a relationship with choreographer and dancer, Paul Kirkland from 2010 to 2015. She has also been really close friends with Dancing With the Stars co-star, Peta Murgatroyd from more than ten years, but no romantic relationship has been reported. There is the possibility of a budding relationship with her new dance partner Bolton on the horizon, but right now, the two need to stay focused on the competition!

Burgess’ Dancing Career and Her Association with Dancing with the Stars

To further pursue her dancing career, Burgess moved to London at the age of 18. She even participated on the show, Simply Ballroom. She was also part of the Australian versions of Dancing with the Stars and So You Think You Can Dance. She has been a part of the American Dancing with the Stars from season 16, and is still going strong in season 23.

Bolton and Burgess wowed everybody with their performance on Monday’s (October 24) episode of Dancing With the Stars (in more ways than one)! If you missed out on watching last night’s episode, then we suggest you catch up before tonight. Needless to say, other contestants need to work hard on their dancing skills if they want to beat these two young firecrackers!