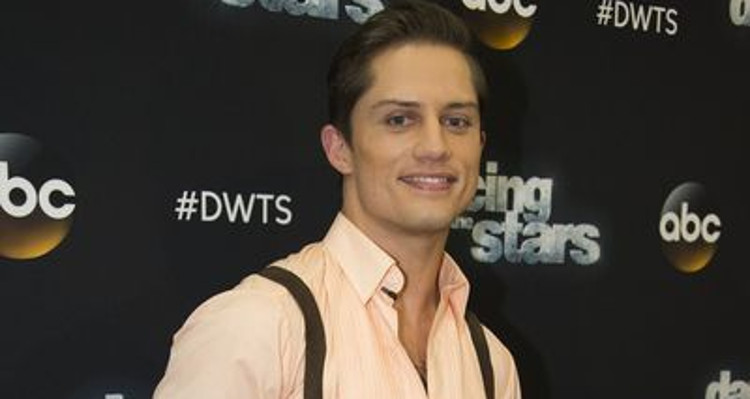 Bonner Bolton was paralyzed from his neck down after suffering a near fatal fall from the bull he was riding. Not only did he completely recover, he was signed by IMG Models. Now he is dancing away to glory with his rumored girlfriend Sharna Burgess on DWTS season 24.

Bonner Bolton is 29 years old and was raised on a ranch in West Texas. His father, Toya Bolton, was a professional rodeo cowboy for 15 years. Bolton says that he has a real rural background and his father taught him most of what he knows including fixing fences, putting up new ones, shooting his first rifle, and hunting deer. Bolton has two brothers, both of whom he is very close with, that are also close with their father.

A Near Fatal Accident

Bolton watched videos of his father and was barely four years old when he developed an interest and passion for the sport. When he was 10 years old, his father started training him to become a bull rider. All this hard work and training paid of when Bolton won his first world title at the age of 20. That’s when tragedy struck. Bolton suffered a near-fatal accident barely three months after being placed fourth in the 2015 Professional Bull Riding World Finals. He was thrown off the back of a bull and landed on his head during the January 2016 season opener in Chicago. Bolton suffered a broken C-2 vertebrae and was temporarily paralyzed from the neck down.

Bolton gradually regained feeling from his head to his toes within hours. He had to undergo spinal fusion surgery, and the doctors inserted a metal frame around his vertebra. Bolton says he is blessed because God answered his prayers, allowing him to be fit again. To top it off, he signed with IMG Models, the agency that also represents stars like Gigi and Bella Hadid, Gisele Bundchen, and Kate Moss. He has modeled for Saks Fifth Avenue, Br4ss Underwear, and Boot Barn. Bonner Bolton’s riding prowess took him to Hollywood as well as Scott Eastwood’s stunt double in The Longest Ride. Talk about coming back with a bang!

Burgess is a Serial Monogamist

Sharna Burgess denies that she is involved with Bolton apart from the fact that he is her dance partner on DWTS season 24. Burgess has always been low key about her personal life. She dated fellow dancer Paul Kirkland from 2010 to late 2015, but Burgess opened up about her breakup only in December 2016. Sharna Burgess does not have a husband, but fans think she might have a spark with Bolton. However, she might stick to her guns as she wrote on her blog, “My entire dating life, I have been a serial monogamist, one relationship to the next, until last year, when I vowed to stay single and put myself first.”

Time is Running Out

Bolton is currently not married, but speculation is rife that he is Sharna Burgess’ boyfriend, something that he has also denied. Though Bonner Bolton is currently single (ladies, you are in luck), watching him with Burgess on DWTS does not make it look like he will stay that way for much longer. When Bolton wears his cowboy hat, women go weak at their knees. Has Burgess fallen for him too?