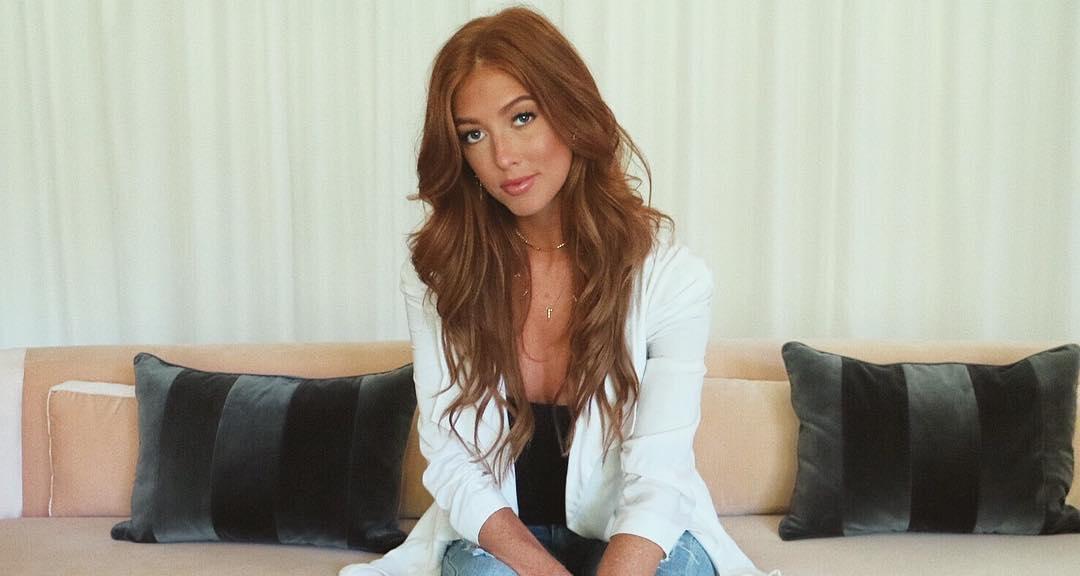 Shannon Ford is known for her spunky and sarcastic attitude on the show. She is one of the cast members of the show Very Cavallari and is quickly being noticed by fans. But there’s a lot fans don’t know about this fiery red-head. Well, don’t worry; our Shannon Ford wiki has all the details!

Who Is Shannon Ford?

Shannon Noel Ford was born on November 22, 1993, which makes her age 24. She was born and raised in Gilbert, South Carolina and attended Gilbert High School.

While she was in high school, Ford took drama, chorus, broadcasting, & English (honors) classes. She then went to the University of South Carolina Upstate.

She graduated with a degree in Political Science & Broadcast Journalism. Although she has a degree in politics, Ford decided not to pursue her career in the political stream. Currently, Ford lives in Nashville, Tennessee. 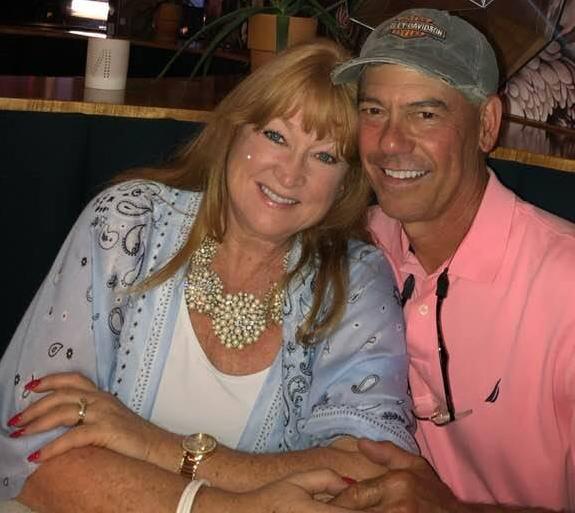 Ford’s mother is Sharonkay, who is very proud of her daughter achieving great things in life. Ford has a sister named Emery Ford and she reportedly also has a younger brother, though there is not much information out there on him.

According to Facebook, Emery graduated in 2015 from the University of South Carolina. She now lives in New York and works as Head of Design, GTS Innovation Team at IBM. In 2017, Emery got engaged to her girlfriend, Lauren Reid.

Lauren studied at Wofford College and graduated earlier this year. The couple is planning to get married on June 8, 2019. 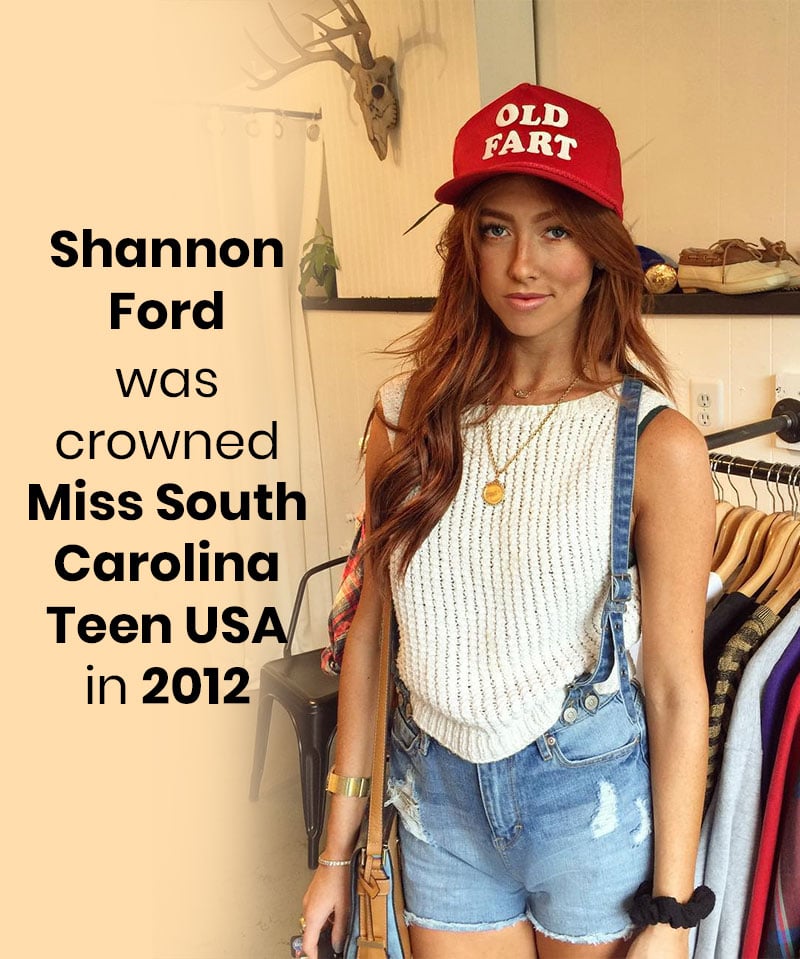 During the time she won the South Carolina title, she traveled all over the state volunteering for different local and state charitable organizations and children’s hospitals.

While in college, Ford was into modeling. In fact, she has a profile on The Block Agency, the popular firm that represents her.

She has walked in runway shows for Supermodels Unlimited magazine in L.A., New York City, and Charlotte. She was featured in the “2011 Cindrella’s Closet” Prom magazine and has also done modeling for the brand Bebe.

Additionally, she walked the ramp for charitable events. On one such occasion, the fashion designer featured her in an outfit with cut-up Pepsi cans and used plastic garment bags.

After completing her education, Ford decided to move to Nashville and started exploring the social scene and potential career paths there.

Ford is quite an expert when it comes to social media. So, she decided to put these skills to good use and became the first employee of reality star, Kristin Cavallari. She handles everything related to social media of Cavallari’s Uncommon James brand.

Ford is good friends with Cavallari and oversees Uncommon James and its presence in the online world.

As mentioned earlier, Ford was the first one to be hired by Kristin Cavallari. She is the goofball of the show and Taylor Monaco’s best friend. In the beginning, Ford had issues with Brittainy, but it looks like they have moved past their differences.

Ford has a very big personality and fans love her sarcastic nature. Besides her red hair, the other prominent thing that people have noticed about this goofball is her teeth.

Often on the show, she makes fun of her pearly whites and her red hair. It’s actually really hard not to love this hilarious little ginger!

On the show, people suspected that Ford and Wirth had a thing going on. When she was asked if she finds Wirth hot, she admitted that even though he is good looking, she is very much in love with her boyfriend Gurney.

Recently on Facebook, Ford revealed that on August 26, there is a Very Cavallari Cast Viewing Party which is hosted by John Gurney. The event will take place at Joe’s Bar in Chicago, Illinois.

The cast of the show will go to Joe’s Bar to watch the season finale of Very Cavallari.

There will also be meet & Greet, Q &A, and live performances by Jon Stone and John Gurney!

If you’re still looking to get more of a Ford-fix, she also has her own YouTube channel, where she has posted three makeup videos and has over 2.2k subscribers.

According to Ford’s Facebook account, she was in a relationship with Michael Anthony Gelotte in 2012. It looks like both of them met each other at the University of South Carolina, because he also studied there. Currently, Gelotte works at Piedmont Arthritis Clinic.

There are no details about why their relationship ended, though it’s possible the two split because Ford moved to Nashville.

In July 2017, Chicago Bears football guard Kyle Long made his was into Ford’s heart. The two even made their relationship official on Instagram and Long even posted a photo with Ford (which is now deleted).

It looks like their relationship ended quite early as Ford has moved on and is now happily dating a guy she seems completely smitten with. Enter John Gurney. 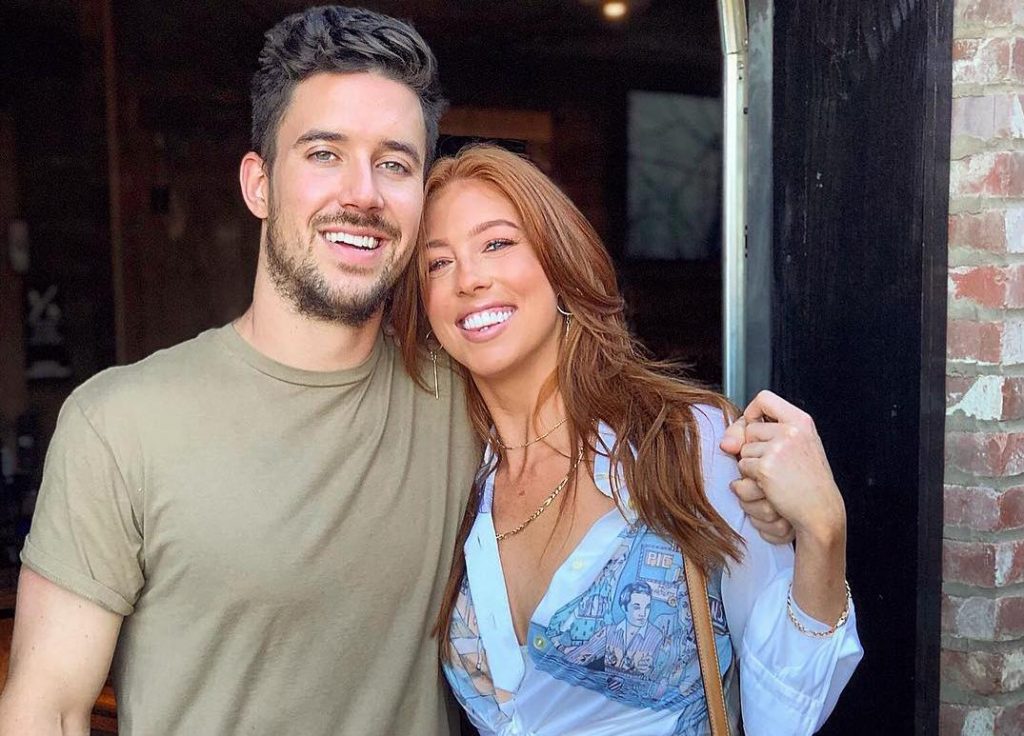 Ford has been in a relationship with singer and artist John Gurney since December 2017. He is a performer and a songwriter and winner of the 2018 NSAI Song Contest presented by CMT.

Gurney lives in Nashville, Tennessee and is good friends with Brittainy’s boyfriend, Jon Stone. Gurney recently released a new single on iTunes, titled, “Home with Her.” (Could this be about his beautiful red-headed GF? If that’s not Ford in the music video, it’s certainly a dead ringer for her! Check out the adorable video below!)

While she is not busy at the store or with the shoots, Ford likes to spend time with her boyfriend and her friends. She enjoys cooking, modeling, and volunteering.

Also Read: What Is Kristin Cavallari’s Net Worth in 2018?