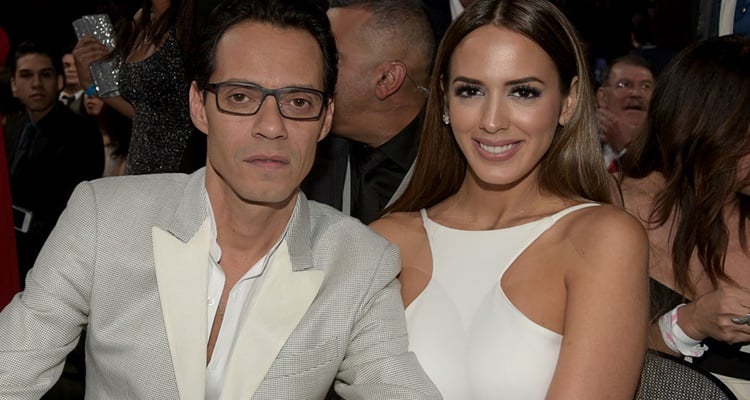 There was a sweet moment between two exes at last Thursday’s (November 17) Latin Grammy Awards. Marc Anthony shared a sweet kiss with his ex-wife, Jennifer Lopez. However, that friendly moment turned explosive when, hours after the event, it was revealed that Shannon De Lima, Anthony’s current wife, has called it quits with her marriage. Why did Marc Anthony split with Shannon De Lima? Take a look at Shannon De Lima’s wiki, including details on her and Marc Anthony’s separation.

She Has A Fashion Career

De Lima has a successful modeling career in Venezuela. It has been reported that she has a net worth of $1.0 million. She wanted to be a model since she was a child. Avenues opened up for De Lima in 2005 when she became the first runner-up in the 2005 Miss Earth Venezuela Pageant, beating out 15 other girls.

Since her pageant appearance, she signed several endorsement deals and has appeared in a variety of commercials. De Lima also tried her hand at acting, playing minor characters in Venezuelan TV shows. She even modeled for the swimwear line, Agua Bendita (which translates to “Holy Water”), and became their 2016 Bendita’s Girl for her look and lifestyle. De Lima’s professional life isn’t limited to modeling.

Both March Anthony and Jennifer Lopez began dating people much younger than them after their divorce. While Lopez was dating 29-year-old dancer Casper Smart, Anthony began a relationship with De Lima in 2012, when she was 24 years old, and he was 43.

The couple had an on-again-off-again relationship before Anthony publically announced his love for De Lima on Twitter. Jennifer Lopez had sweetly given the couple her blessing. Anthony’s son Chase Muñiz, whom he adopted while Anthony was in a relationship with Debbie Rosado, also approved of his adoptive father’s relationship.

She Has A Son from A Previous Relationship

Before Marc Anthony, De Lima was in a relationship with Manuel Sosa, a famous telenovela actor in Venezuela, and a musician. Their son, Daniel Alejandro Sosa De Lima is now seven years old.

Rumors about De Lima and Anthony dating first started when the Venezuelan beauty starred in Marc Anthony’s music video for his 2014 single “Flor Palida.” The couple shared a steamy kiss on screen and their chemistry was palpable. Shortly after the music video was released, Anthony went public with their relationship.

Is Jennifer Lopez The Reason for De Lima and Anthony’s Split?

Both Lopez and Anthony began dating other people shortly after their 7 year marriage came to an end. During an “off-again” moment in his relationship with De Lima, Anthony briefly dated Chloe Green, a billionaire heiress and reality star.

Anthony and De Lima tied the knot in November 2014, at Anthony’s La Romana, home in the Dominican Republic. It was a small wedding with around 100 attendees, but the guest list boasted of the who’s who of the Latin celeb world. Latino musicians like  Juan Luis Guerra, Carlos Vives, and Tito El Bambino were present at their wedding.

Things got interesting when Anthony and Lopez were working together on Lopez’s upcoming album. The two have had a very amicable split, and raise their children together while maintaining their professional relationship. Lopez had broken up with Casper Smart in August 2016, and a few days later, performed the duet “No Me Ames” with her former hubby during Anthony’s New York concert. That sparked rumors of possible romance rekindling.

Anthony’s rep said his busy life as a worldwide touring musician is the reason for his marriage with De Lima falling apart, “Marc is so busy with his career, touring and recording that he distances himself from his relationships without even knowing it. Even with his wife in tow, she can feel like he is on another planet.”

Even if Lopez is not the cause of Shannon De Lima and Marc Anthony’s separation, insiders close to Anthony don’t deny there is a possibility that Anthony and Lopez might get back together.