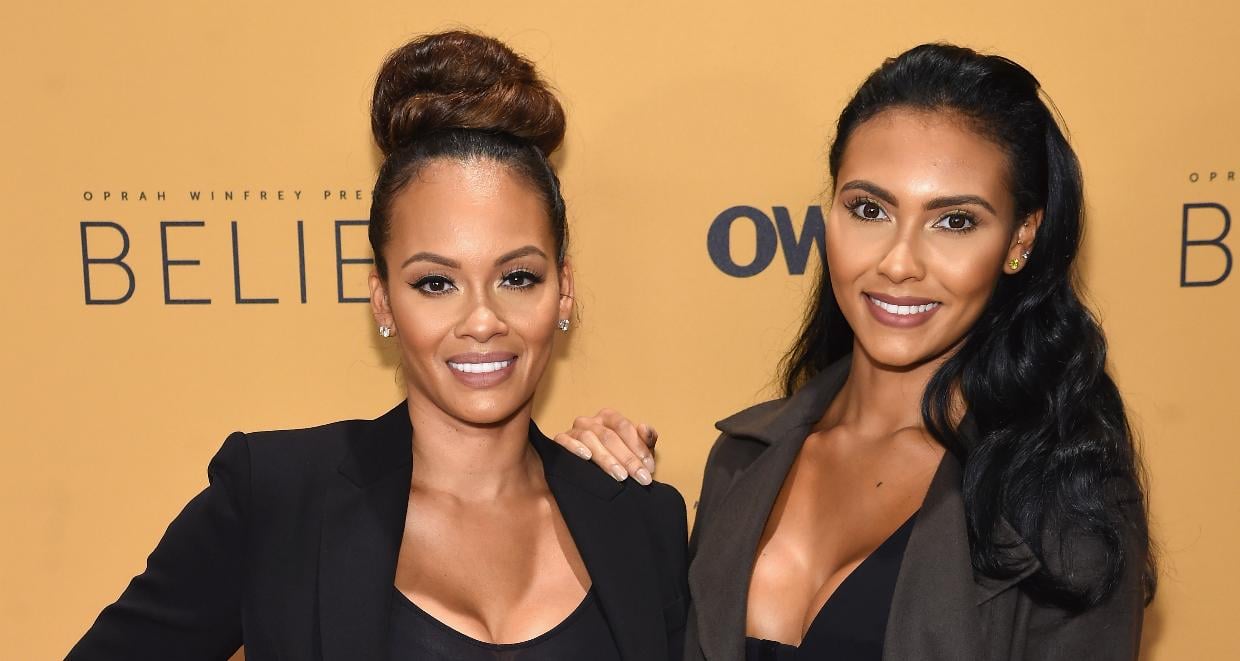 Shaniece Hairston is the 25-year-old daughter of the reality TV star Evelyn Lozada, and she also appears on the show Livin’ Lozada along with her mother. She’s a model, entrepreneur, and fitness and lifestyle consultant, as well. Hairston has appeared on the covers of several magazines like Vibe and ShuString, among others. She is happy in her relationship with English former football player Zat Knight and is working hard to make herself more successful in the world of showbiz.

Who Is Shaniece Hairston?

Born on June 15, 1993, in The Bronx, New York City, Shaniece Hairston’s age is 25. She is the daughter of Evelyn Lozada, one of the five main cast members of the VH1 reality TV series, Basketball Wives. She has appeared on the show throughout it’s run from 2010 to 2017.

Hairston was born to her mother Evelyn Lozada when she was just 17 years old. The name of Hairston’s father is not known, and both Lozada and Hairston have refused to talk about it in public.

Hairston’s grandparents are named Sylvia Ferrer and Nengo Lozada, and she also has an aunt named Sylvia Lozada. There are reports that Hairston herself has a son but the details are not known.

She Was Signed by Wilhelmina Models

Hairston decided early on that she wanted to be a model. And because her mother was already a part of the entertainment industry, it only helped her cause.

Hairston made a steady start as a model and got her big break when she was signed by major talent agency, Wilhelmina Models in 2015. After this development, her career took off.

With a height of 5’6″, Hairston can pretty much pull off any dress or costume at her fashion shows and photo shoots.

Since then, Hairston has appeared on the cover of several prestigious magazines. Her first cover shot was for a magazine named ShuString Magazine.

She has also worked in the TV industry, with her first appearance being in a TV series called The Boris & Nicole Show in 2015.

She also appeared alongside her mother in the reality TV series, Livin’ Lozada in 2015 and 2016.

In 2016, Hairston appeared on several talk shows like Hollywood Today Live, Home & Family, and she also appeared on Hollywood Medium.

Hairston dishes out advice on aspects like fitness and lifestyle to her fans and admirers through her own website called “shaniecehairston.com” which also boasts many pictures of her stunning body.

Hairston also advises her fans to eat well and follow a strict diet if they want to have a healthy and curvaceous body like hers!

Instead of the regular three meals a day, Hairston says that people should eat low amounts of food five times a day after every three hours, so that their metabolism is regularly stimulated.

She believes that there should always be more fruits and vegetables on the plate than anything else—or even better; go completely vegetarian!

She also advises that people should eat less fatty foods and drink a lot of clean, healthy water.

People are curious about Hairston’s personal life and often wonder if she has a husband or boyfriend.

According to reports, Hairston is not yet married. That’s not to say she hasn’t had her share of men in her life. She’s been linked to some pretty popular guys!

She first dated Jamaican-American singer, songwriter, and rapper Sean Kingston, but the relationship lasted for only three months.

Currently, Hairston is in a relationship with an English former professional football player named Zat Knight, who has played for clubs like Aston Villa, Bolton Wanderers, and Fulham in the Premier League. Hairston and Knight have been dating for over three years now and have kept their relationship fairly private.

He may have been a bit of a bad boy back in the day, prior to his days of knowing Hairston. According to reports, he was arrested in 2007 in an armed drug raid where heroin and cocaine were seized at his mother’s house in Birmingham, England (just hours before he completed a £3.5 million transfer). Knight and his brother Carlos were arrested and led out in handcuffs.

Regardless of his shady past, Knight and Hairston met years later and fell in love. They have appeared together several times in public gatherings and events, though there you’d be hard-pressed to find even one photo of him on her Instagram account! According to reports, Knight is 12 years older than Hairston. Fans are always wondering when or if they’ll be hearing wedding bells any time soon, but these two have kept a tight lid on any future plans!

A Modest But Hard Earned Net Worth

Thanks to her modeling assignments, TV appearances, and sales of her branded products, is estimated to be around $3.0 million currently.

Considering that Hairston is motivated and determined to have a long and successful career in showbiz, it’s likely her net worth will only increase in the future.

Too Hot to Handle!

For those of you looking for hot pics of Shaniece Hairston, you should immediately check out her Instagram account because it is littered with sexy pics of the fitness guru!

Shaniece Hairston’s Instagram account is full of photos of herself showing off her latest modeling shots, wearing bikinis, trendy dresses, and more. There are also pics of her at parties and having fun with her friends, giving us all major life goals!

Moving Out of Her Mother’s Shadow

With her hard work and passion, Hairston has carved out her own identity and moved out of her famous mother’s shadow. She is only 25 years old and at the beginning of her career so be prepared to see more of her!

With her looks, killer figure, streets smarts, and a loving mother to advise her, there is no doubt that the world will be hearing a lot more of Shaniece Hairston in the coming future!