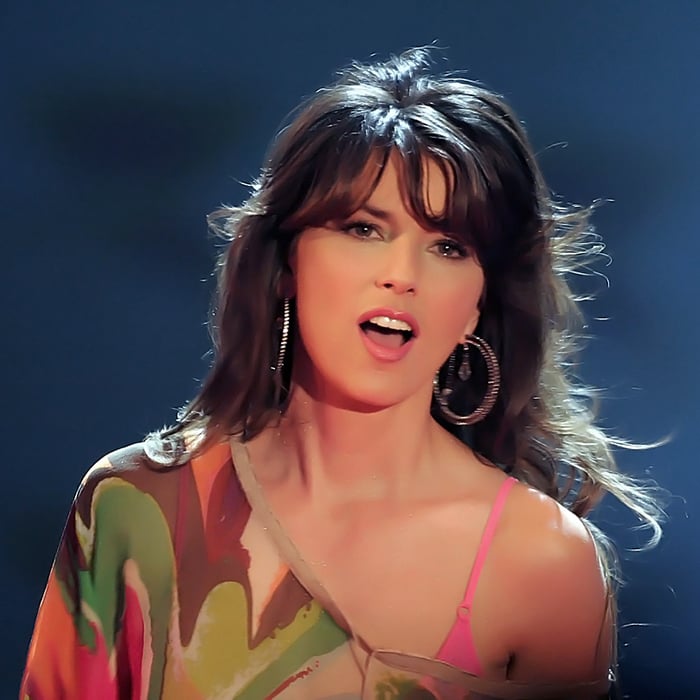 Shania Twain may be a country superstar, but her idea of a good night out isn’t that different from any other music fan. Judging by her latest post on social media, Twain is perfectly content spending the evening with good entertainment, namely the RnB group Boyz II Men, and a single serving of French fries.

Twain posted a picture on Instagram and Twitter of her enjoying the fast food snack while the group performs on stage behind her at what looks like an intimate event under a big tent. Twain simply captioned the photo, “Boyz II Men + french fries kind of evening… [sic],” adding an emoticon of French fries.

The singer obviously has a solid fan following, because even with the mention of being at an exclusive performance by the Grammy-winning group, most of the comments were from people noting how beautiful she looks in the picture and how much they love her.

Twain seems to be kicking back a little more since her “Rock This Country Tour”—her last ever tour—wrapped up at the end of October. A couple weeks ago, the singer posted a photo on Instagram of her sitting in front of a huge window facing a gorgeous beach. A couple weeks later, she shared another picture, this time of her on a beachfront balcony in the Bahamas for Thanksgiving.

Although she’s not touring anymore, Shania Twain isn’t done making music. In fact, she’s planning to release a new studio album for the first time in over 10 years. But it won’t be like her old stuff—the singer admitted in a recent TIME interview that the new songs will be “a little less predictable” with lyrics that are “more introspective” than some of the stuff she’s done in the past. “I’m a different person now. I’ve evolved, and a lot of things have happened, and I think that’ll be obvious in the music. When people hear it, they’ll understand and they’ll relate,” added Twain.