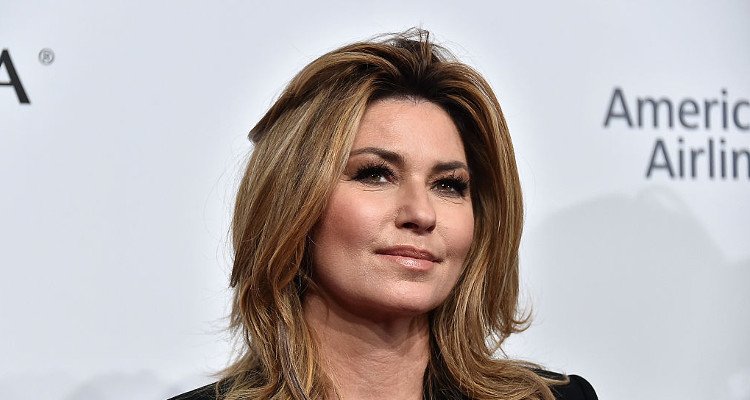 Shania Twain is a musical trailblazer, who first made the transition from being a country music star to a pop superstar. Now, she is back with plans for a new album and a small stint as a mentor on The Voice 2017. She has a mega net worth of $370.0 million, which is likely to increase with her return to music, even if it’s just as a mentor!

Who doesn’t remember the beautiful face and voice behind songs like “You’re Still the One,” “From This Moment On,” and “Man! I Feel Like a Woman!” Shania Twain is the original country-to-pop crossover star. She became a household name on the country charts for the better part of a decade, and even after her time in the limelight faded, she’s still regarded as a music icon today. Where is Shania Twain now? We recently saw Twain on The Voice 2017, leading some fans to ask: “Did Shania Twain have plastic surgery?” Keep reading for more details about Shania Twain.

Where is Shania Twain From?

Shania Twain was born on August 28, 1965, in Windsor, Ontario, to Sharon Morrison and Clarence Edwards. That makes Twain’s age 51. Her real name is Eilleen Regina Edwards, but she is known as Shania Twain all over the world, especially having sold over 85 million records worldwide. She is the highest selling female artist in the history of country music and one of the best-selling artists of all time, being called the “Queen of Country Pop.” Credit for a big part of this success goes to Shania Twain’s ex-husband, Robert “Mutt” Lange, who signed her in 1993 and encouraged her to write and create music.

There is no wonder that Shania Twain’s net worth is a whopping $370.0 million and growing, as her music continues to sell well even today.

Writing is my therapy and writing this new album helped me come to terms with a lot of things emotionally.

After releasing super successful albums like The Woman in Me, Come on Over, and Up!, Twain retired from performing in 2004. She went to her home in Switzerland and kept a quiet life. People wondered why Twain quit singing, to which she later explained in her autobiography that her voice had weakened. Lesions were found on her vocal cords and she was diagnosed with dysphonia. The good news was that the condition was treatable with medical aid and rehabilitation.

Her Comeback on The Voice 2017

Without a doubt, the best way to get to know me is through my music ?

In 2012, Twain returned to singing and would perform at a few exclusive events. Her fans were thrilled, since she was not seen much after her divorce from Robert Lange in 2010. Is Shania Twain married now? She is currently married to Frédéric Thiébaud, an executive at Nestle. After last night, fans currently want to know why Shania Twain was on The Voice. She was recruited as a mentor for The Voice season 12’s Top 12 contestants. Another reason to celebrate Twain’s return to the singing industry is that she plans to release a new album in 2017!

All Set to Rock Again

“Music is for our lives. It’s something we live with, and that we live by. It isn't just a thing; it’s not like a house, it’s not like having a car, it’s not even like having a child. It’s different, it’s more internal than that. We can interpret a song the way we want to. So I can write a song, but you can interpret it any way you want and it’s yours. It’s personal, it’s yours to have”

After seeing her on The Voice last night, some fans have commented that Shania Twain looks different now, sparking off rumors that she went under the knife. However, these rumors have not been confirmed, and Twain herself has not made any statements on this matter. Her fans are searching for Twain’s then and now pics, but will be disappointed if they check her Instagram account. With no revelation of work being done, there will be no proof until the singer makes a comment. Either way, this country diva still looks every bit the gorgeous woman we’ve always known her to be!