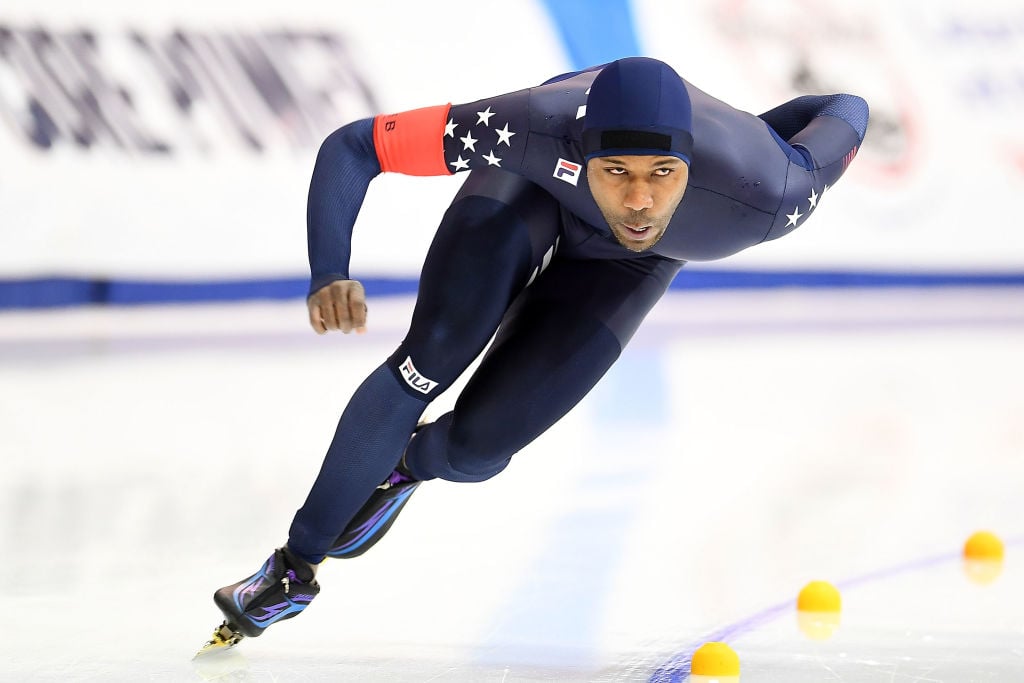 If you haven’t heard about the Shani Davis controversy, then you came t the right place.  Shani Davis’ Winter Olympics incident is already making headlines and it has something to do with a coin toss! Get everything you need to know with our Shani Davis wiki.

Who Is Shani Davis?

Shani Davis’ age is 35 and he was born on Friday August 13, 1982, in Chicago, Illinois. The Olympic speed skater was raised by a single mother (Cheri) in the Chicago’s south side, where he started roller skating since he was two years old. By the time he reached age four, Davis was so fast that the guards at the rink had to chase him to slow down! After being bored with roller skating, Davis coach suggested that he try ice skating, instead. Shortly after, Davis’ mother started working for a lawyer, whose son was an active speed skater and suggested it. Currently, Davis is a decorated speed skater and a five-time Olympic qualifier.

The Winter Olympics haven’t officially started yet and already there’s drama on the team! What is Team USA fighting about? Well, for once, it’s not about Trump, but rather, who gets the honor of holding the flag during the opening ceremony. The other athlete on the other side of the coin toss was Erin Hamlin, “a world-renowned luger, two-time world champion and four-time Olympian.”

The flag bearer is normally chosen in a vote of the eight U.S. winter sport federations, which represent speed skating, ski and snowboarding, biathlon, bobsled and skeleton, figure skating, curling, hockey and luge. Hamlin and Davis were tied 4-4, so coin toss was used to be the deciding vote. As many could tell be Shani Davis’ tweet, he wasn’t happy about the outcome.

While Davis felt disrespected, Hamlin couldn’t have been happier to be the flag bearer this year.

“Working hard and earning success is one thing, being acknowledged as a great representative and member of Team USA by fellow athletes — many who I have been inspired by — is above and beyond anything I’ve experienced,” Hamlin said in a statement.

She added, “It is definitely a privilege and honor to be the one to lead the team and will be a very special moment. I can’t wait to share it with them all!”

This isn’t the first time that the speed skater has been the focus of controversy. Many may not remember the Chad Hedrick-Shani Davis incident, when Hedrick accused Davis of betrayal for “not skating the team pursuit, blaming Davis for costing Hedrick and the U.S. team a gold medal.”

While Davis lost the coin toss, the Chicago native still wants to win at this year’s Winter Olympics, in South Korea.

“I still want to win,” he said in an interview with the Chicago Tribune. “I still want to be the best in the world. I’m a fighter. I’ve always wanted to skate fast since I was a little kid. I still want to do that now. And I still have fun. It’s just getting back to that success at the highest level.”