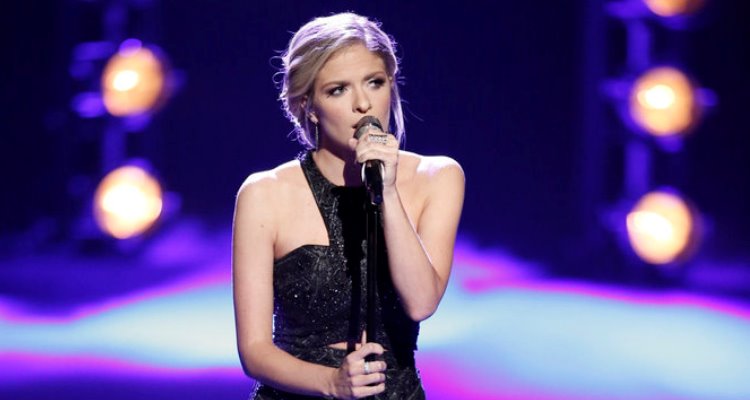 The stakes are getting higher this week on The Voice and the final four are giving it all they’ve got! The end of the line is almost here and after Monday’s performance, a winner has to be crowned. With the show about to end, fans are asking more questions about the remaining artists. Lauren Duski could very well win the whole thing with her powerful singing chops, and many are becoming more curious about her as a person. Fans are interested in learning about her family, her interests and her relationships. Many are interested to learn more about the special person in her life. Questions like, “Is Lauren Duski a lesbian?” and “Who is Lauren Duski dating?” are all people want to know! Well, she’s definitely got a special man in her life and we’ve got the scoop! Here’s what you need to know about Lauren Duski’s boyfriend, Shane Miller.

Whether it’s questions about Lauren Duski’s girlfriend or Lauren Duski’s dating timeline, fans of The Voice contestant want to know more about her personal life, just as much as her professional one. Tonight on The Voice winner will be chosen and it’s possible that the 25-year-old could be chosen after Monday’s performance.

There aren’t any wedding bells for Lauren Duski and Shane Miller—at least not yet! But the two are dating and the proof is in the pudding, except replace pudding with Shane Miller’s Instagram. It’s unclear as to how long they’ve been a couple, but they seem very happy together. Could Duski win The Voice and be proposed to, all in the same night? Wouldn’t that be amazing!?

He’s an Artist, Too!

The 26-year-old was born in Western Maryland, but moved to Nashville, Tennessee to work as an artist. According to his online profile, Miller used his early career in physical therapy to support his art work full-time. Since 2014, he has spent most of his time in his studio, working on his latest projects. His work is inspired by memories, dreams and unexpressed emotions.

In an interview with Renderosity Magazine, Miller explained why he got into art.

“As a child in elementary school, I would constantly doodle landscapes on the back of my worksheets,” he said. “As a child, I enjoyed spending time sketching out ideas and whatever was on my mind. When I was thirteen, I was tutored bi-weekly by a watercolor artist.”

He continued, “My art grew from there and I continued to paint sporadically throughout my teenage years. When I was twenty-one, I started painting consistently and began working with oil and acrylic mediums. Three years later, I now dedicate most of my time to painting full-time.”

The Nashville artist has a series of oil paintings that litter his Instagram account. While there are a few shots of himself and Duski, majority of the posts are of his art work and the process he goes through to create them. Since he’s also a musician, you will also see a few videos of him playing a few chords on his guitar. He’s also not afraid to support his girlfriend during the biggest part of her career. Duski is in the fight of her life and there’s a good chance that the Team Blake member has what it takes to be the next winner of The Voice, but it all boils down to tonight!

From June 1-30, Miller’s “Desiderium” collection will be available at The Rymer Gallery, in Nashville. It’s a series of oil and wax paintings and like the rest of Miller’s work, it offer’s more than just what you see. His work involves his own experience, emotions and nostalgia. His pieces are quite impressive! Check them out for yourself, and don’t forget to watch the finals of The Voice tonight to see if Lauren Duski takes the title!