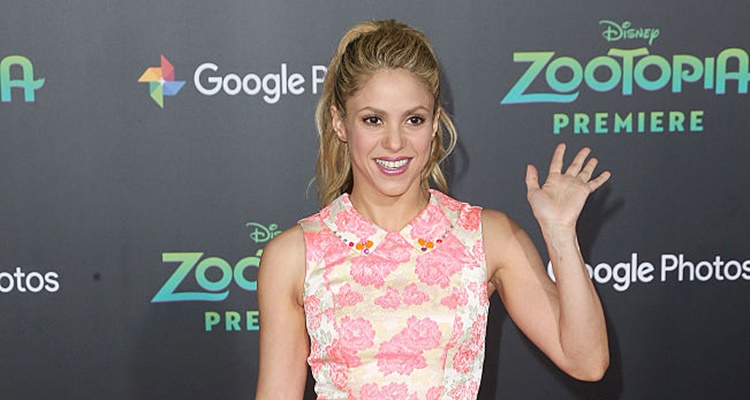 Shakira has released a new song titled “Chantaje,” featuring Maluma. If you want to listen to “Chantaje,” you’ve come to the right place!

We’ve been waiting for another smash hit from Colombian star, Shakira and it’s finally here! Shakira dropped her latest single called “Chantaje” ft. Maluma (a fellow Colombian singer) today (October 28). The song, which is in Spanish, is her first single to be released since her successful collaboration with Carlos Vives for “La Bicicleta.” Listen to the audio of Shakira’s new song “Chantaje” ft. Maluma below!

“Chantaje” is Spanish for “blackmail.” The song was written and produced by Shakira and Maluma together, as well as Kevin Jimenez, Chan “El Genio” and Kenai. The “Hips Don’t Lie” songstress and Maluma had hinted at the upcoming collaboration, with pictures of them in the studio in September.

To make things more interesting, Shakira shared a video of herself calling her fan, Daniel Ferreira. He had correctly guessed that the word “Chantaje” had appeared in the song a total of 12 times. Watch the sweet exchange between the star and the fan below.

To make things even better, Shakira is going to release the music video for “Chantaje” soon. The video was filmed in Barcelona, Spain and was directed by Jaume De Laiguana, the very man who has directed numerous Shakira videos, including  “Día De Enero,” “La Pared,” “Sale el Sol,” “Rabiosa,” and “La Bicicleta” among others.

While we look forward to the music video for “Chantaje”, Shakira is spending time in the studio, recording new songs for her upcoming Spanish album. The good news just keeps coming!