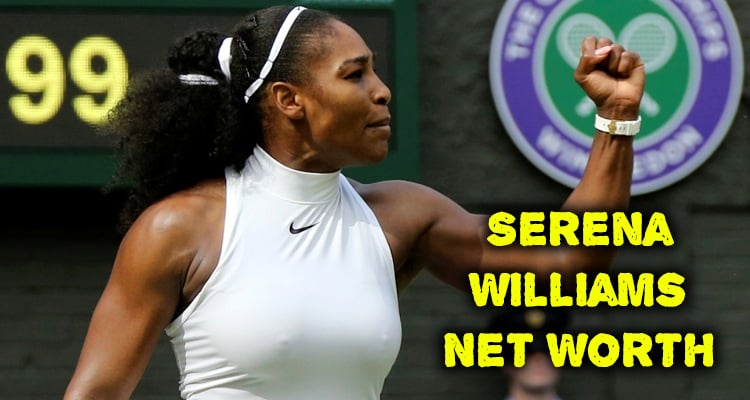 Serena Williams is the world’s highest-paid female athlete with a record-breaking 36 major titles won: this includes 21 Grand Slam singles titles, 13 in women’s doubles and two in mixed doubles. We’ve got all you need to know about the Serena Williams net worth of $145 million, her contract, and her endorsements.

Her career achievements and career Grand Slams are through the roof. We’ll also tell you a little bit about her dating life and the Serena Williams boyfriend.

Breakdown of the Serena Williams Net Worth

Williams was born on September 26, 1981, in Saginaw, Michigan. Her parents are Richard Williams and Oracene Price, and she’s the youngest of five daughters. She was home-schooled with her sister, Venus, and her parents acted as her official coaches. Williams showed she had talent at a very early age. Even as a kid not yet 10 years old, she was beating many of her opponents. After the family moved to West Palm Beach, Florida, Williams was going to national junior tennis tournaments and wiping the slate clean. She had a 46-3 record in the United States Tennis Association junior tour and was ranked number one among under-10 players in Florida. Although she was doing well, her father withdrew her from the tournaments when she turned 10 to allow her to focus on school work. In addition, he also pulled her out because of the derogatory racial slurs with which the white parents used to address the Williams sisters.

Williams has a tennis career spanning decades that is unparalleled to any other female athlete out there. She was ranked number one in the world for the first time on July 8, 2001, and had gone on to receive this title another six times by February of 2013. She has a Grand Slam singles titles total of 21, which is in third place for the all-time best behind Margaret Court, who has 24, and Steffi Graf, who has 22. She’s also the only tennis player to have won 10 Grand Slam singles titles in two separate decades. It’s no wonder that the arrival of Williams marketed the launch of a new era of powerful tennis players in the women’s games. She earns $11.6 million in prize money and $13.0 million from endorsements. Just last year, she was named Sportsperson of the Year by Sports Illustrated magazine.

Serena William’s net worth is at an estimated $160 million. As of August 2013, she has earned more than $70.0 million in career prize money and earns roughly $15.0 million to $20.0 million per year outside of tennis when she is doing endorsements. In fact, she did a deal with Nike where she raked in a cool $40.0 million just from producing a fashion line. All of these riches make sense, considering she is the number one ranked women’s professional tennis player in the world.

Not only is she a stellar tennis player, Williams is also a smart businesswoman. She is endorsed by Nike and uses the Wilson Blade 104. Her list of endorsement deals is lengthy and includes such iconic brands as Gatorade, Delta Air Lines, Audemars Piguet, Aston Martin, Pepsi, Beats by Dre headphones, Berlei bras, OPI, IBM, Mini, and Chase Bank, to name just a few.

She has also appeared on a variety of television shows and various entertainment venues. She was featured in a 2001 episode of The Simpsons episode and appeared twice on MTV’s Punk’d in 2007. In terms of TV shows, she has guest-starred in episodes on The Bernie Mac Show, ER, and Law & Order: Special Victims Unit. In the music video for “I Want You,” she appeared alongside Alicia Keys and Kanye West.

Although Williams doesn’t have a husband, she was dating actor Jackie Long from 2007 until 2008. It was also reported that she was in a serious relationship with rapper Common from 2008 to 2010. Currently, she is reported to be dating Reddit co-founder, Alexis Ohanian.

As of this writing, it’s reported that Williams lives in a house with her sister, Venus, in West Palm Beach, Florida. It’s a gorgeous 10,700-square-foot-home valued at a whopping $4.5 million. It includes four bedrooms, five bathrooms, and a pool. The superstar tennis players have been living there since 1998 when they purchased it for $525,000. It’s in the community of Ballen Isles and sprawls over an incredible full acre of land.