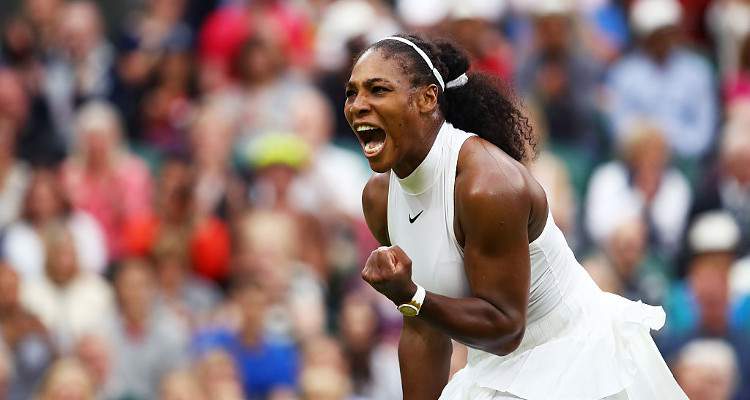 As the only tennis player of either gender to have won a singles title at least six times in three of the four Grand Slam tournaments, Serena Williams’ net worth seems insignificant in comparison to her tennis record. Although there seems to be some discrepancies about what Serena William’s net worth actually is (some sites report it to be $24.6 million while others say it’s closer to $145 million), there’s no doubt that she’s still at the height of her career either way. The tennis star is in the top 50 of the highest-paid athletes in the world, a fact only overshadowed by her amazing list of achievements, including currently being the top-ranked women’s singles player. Here’s more about Serena Williams’ career, milestones, and millions.

Serena Jameka Williams was born in Saginaw, Michigan on September 26, 1981 (one year after her fellow pro tennis player sister, Venus). She began learning tennis at age three following the family’s move to Compton, California, where she and Venus were home-schooled by their father. Their parents are officially their coaches to this day, though they obviously had help and mentoring from other pros along the way.

When Williams was nine years old, the family moved again, this time to West Palm Beach, Florida, in order for Serena and Venus to attend Mick Macci’s tennis school. A semi-respite from the sport was taken at age 10, when their father reportedly stopped sending them to national junior tournaments so as not to rush them into pro sports; he wanted to let them focus more on their education and to avoid racist comments they were hearing at tournaments. During that period, Serena Williams had a 46-3 record as the top-ranked under-10 player in the state.

The sisters began being coached again by their father in 1995, the same year Williams, then age 14, entered her first professional tournament; she won two games but was eliminated in the first round. She would fare well but not win the tournaments that followed, getting her first victory in 1998 with Wimbledon and U.S. Open mixed doubles title wins alongside Max Mirnyl.

Serena Williams proceeded to go on a 16-match winning streak that was broken by, of all people, her sister, though the tournament ended with her ranked the ninth best in the world, breaking into the top 10. But she wasn’t done having an amazing 1999, because true superstardom came at the U.S. Open, where she defeated the world’s top-ranked female player, Martina Hingis, in the singles competition and won the women’s doubles alongside her sister—and this was already her fifth Grand Slam title!

Being a famous athlete, Serena Williams’ net worth has been increased by many endorsement deals, including Pepsi, IBM, Delta Air Lines, Aston Martin, and Gatorade. She used to wear Puma clothes and shoes while competing, but is currently endorsed by Nike, signing a $40 million endorsement deal with the sporting giant back in 2004. Her racket, however, has always been a Wilson brand.

Known for her choice of attire both on and off the court, she used to have a line of tennis attire with Puma, but, again, now has one with Nike. Williams also created her own fashion line, “Aneres,” (her first name backwards) in 2004 and launched a jewellery and handbag collection in 2009 that is sold primarily through the Home Shopping Network. Her product lines have been featured at New York Fashion Week on two occasions. 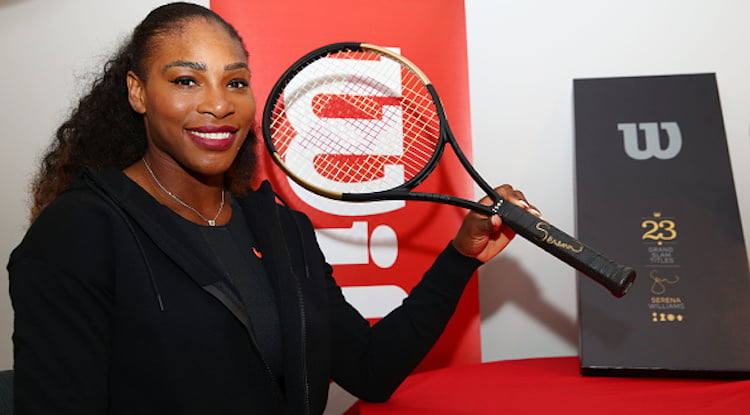 Again, like many athletes, Serena Williams has made several TV and film appearances that have added to her net worth. While often playing herself, she has not been afraid to take on full acting roles, playing characters on the likes of ER, Law & Order: Special Victims Unit, and Drop Dead Diva. She and her sister Venus also starred in a documentary about their lives and wrote a book together, in addition to her own autobiography, which she wrote by herself.

While Serena Williams can’t compare to fellow women’s tennis superstar Maria Sharapova, in terms of money earned from endorsements (Sharapova makes much more), Williams does earn more from tennis; as expected, since she ranks higher. Williams has made over $70 million in prize winnings from her tennis career, while Sharapova has made about half of that. For the sake of comparison, her sister Venus has only made just over $32 million from her career.

For 2015, Serena Williams is believed to have made $13 million from endorsements and an additional $11.6 million from professional tennis. And at 34 years of age, her career has a ways to go; as of this writing, she is currently competing in the Australian Open as defending champion, scheduled to compete in the final championship match against Angelique Kerber. And whether she wins or loses, Serena Williams’ net worth will not take much of a hit; after all, she’s still recognized as the greatest female tennis player in the world.