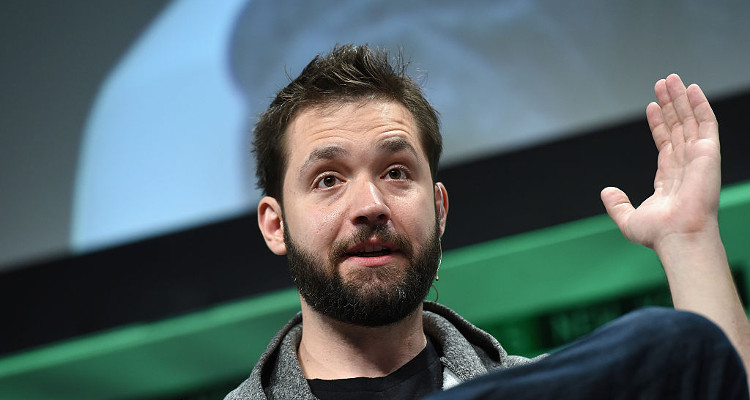 Alexis Ohanian is a very happy man right now! Not only are his companies doing very well, he is soon going to be a father. Ohanian and his fiancée, Serena Williams, are expecting their first child together later this year. With a cool net worth of $10.0 million under his belt and a head full of creative ideas, Ohanian is looking forward to fatherhood.

Alexis Ohanian is an Internet entrepreneur and investor, who is famously known for co-founding the social news web site, Reddit. Ohanian is currently the executive chairman of Reddit, which is currently considered to be the fourth biggest site in the U.S. and 13th in the world. Ohanian was born on April 24, 1983 in Brooklyn, New York to Chris and Anke Ohanian. Chris is an Armenian-American who came to the U.S. as a refugee, while Anke is from Germany and worked initially as an au pair —an immigrant who works as a domestic assistant under a legal agreement. Ohanian went to Howard High School in Ellicott City, Maryland before enrolling at the University of Virginia. In 2005, he graduated with degrees in commerce and history and also co-founded Reddit with Steve Huffman.

?Don't hand me a mic unless you're ready. All I know is how to be myself. Thanks to all of you for all the support (and all the haters); we've only just begun.

After spending some time on Reddit’s Board of Directors, Ohanian returned full time on July 10, 2015. Reddit is now an independent company. In 2007, he founded Breadpig, a “sidekick-for-hire” that allows people to take on their creative projects. In 2010, Ohanian started the travel search web site, Hipmunk and now acts as an adviser. That same year, he founded Das Kapital Capital, which focused on startup investing, advising, and consulting.

Making the World a Better Place

Alexis Ohanian also co-founded Initialized Capital in 2010 and made seed investments in startups like Instacart, Zenefits, Opendoor, and Cruise. It has funds of over $160.0 million under its management. Ohanian’s net worth is around $5.0 million and is sure to grow. Though he does not have as much money as his fiancée’s $160.0 million, Ohanian has a sharp mind and a desire to make the world a better place. By his own admission, Alexis Ohanian’s mission in life is to “make the world suck less.” He once gave a father and son free tickets to an NFL game just to promote his message! Ohanian is a talented artist, as well. He designed the mascots for all the companies he started like the Reddit alien Snoo, Breadpig’s pig with wings, Hipmunk’s chipmunk Chip and the Initialized Capital honey badger.

The Road to Fatherhood

Ohanian is now Serena Williams’ baby’s daddy! The two got engaged in December 2016 after dating for almost 15 months. Check out Alexis Ohanian’s Instagram account to find pictures of him and Serena Williams, and hopefully some more details about their new little addition! Yesterday (April 19), Williams posted a picture of her baby bump on Snapchat with the caption “20 weeks.” A spokesman for the couple later confirmed that Ohanian and Williams are indeed expecting their first child.