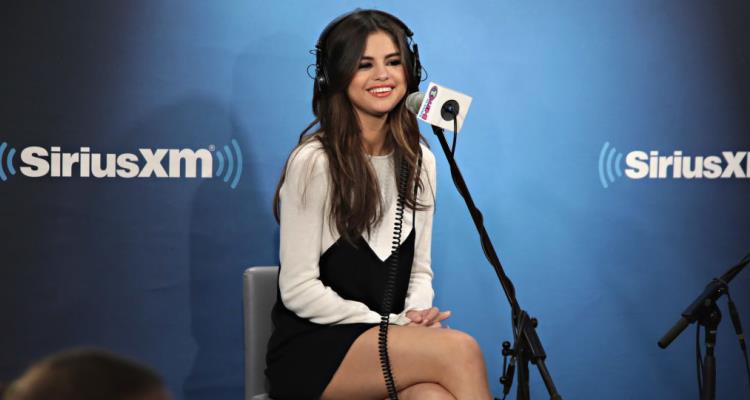 Selena Gomez had taken some time off from music to recover from a lupus flare-up, and to treat a bout of anxiety and depression she’s suffered from for the past two years. It was clear to fans that the artist seriously needed a break, after she went so far as to cancel her Revival tour. Selena Gomez’s latest album, “Revival,” was released in 2015, so fans were ecstatic when she stepped back onto the music scene in May 2017. She received a warm welcome after her brief hiatus from music, and fans were just grateful that she’d returned. Upon the release of Selena Gomez’s new 2017 song, “Bad Liar,” followers were immediately hungry for more. There have been rumors about the release Selena Gomez’s new 2017 album, but are they true? Will she really release a new album this year? We’ve done some digging, and found out all the details about the alleged new album by Selena Gomez.

She eased her way back into music with a collaboration in 2016 with Paulina Rubio and DJ Snake for Rubio’s new album. Rumors then began to spread about Gomez’s new album when she was photographed, also in 2016, with songwriter Justin Tranter, who helped her write “Revival.” Other than that, we didn’t hear too much about a new album, until she began sharing photos on Instagram hinting at a new single, and then released “Bad Liar” in May.

Last month, Hollywood Life reported that a source close to the 24-year-old revealed that she would, in fact, be releasing a new album this year. “Selena will be dropping new music soon, very soon,” said Hollywood Life’s source. “After taking a big break from work and getting to a healthy place with life, Selena has worked hard on an amazing body of work and she is set to share it with the world. She has a ton of new stuff on the way, a new album, new video and even plans to get back on the road to support the new stuff.” It seems that Gomez is coming back with a vengeance, and some may be wondering what inspired her to make such a whirlwind comeback.

The Weeknd Inspires Her

Apparently, Gomez’s boyfriend, The Weeknd, had a lot to do with her new-found inspiration. “Being alongside her incredible boyfriend Abel, who is in the middle of his tour, has inspired her to get back on stage despite her challenges during her last tour,” said the HL source. “She is so excited about her future and can’t wait for her new album, video and tour!” That’s a relief, because we’ve been anticipating her return for months, and can’t wait to see her on the stage again!

I'm not surprised, I sympathize.

While there’s much speculation around the release of Selena Gomez’s upcoming 2017 album, the singer hasn’t confirmed anything yet. Back when she released “Revival,” she released the first single four months before the entire album was released. If this is the sign of a pattern, then we can probably expect her new album sometime before, or just at the end of summer. Another clue that she will likely be releasing it sometime soon, is her increased activity on social media. Last summer, she announced that she’d be taking some time off from social media as well, to focus on her health. As of late, the singer has been very active on social media platforms—and we can’t help but notice that some of her posts seem a little promotional. She even gives credits to renowned photographers like Petra F. Collins, who’s worked with the likes of Kim Kardashian and Bella Hadid.

Whatever the reason, we’re happy to have some Selena back in our lives, and don’t mind waiting a little longer for her new album—we know it’ll be worth it!