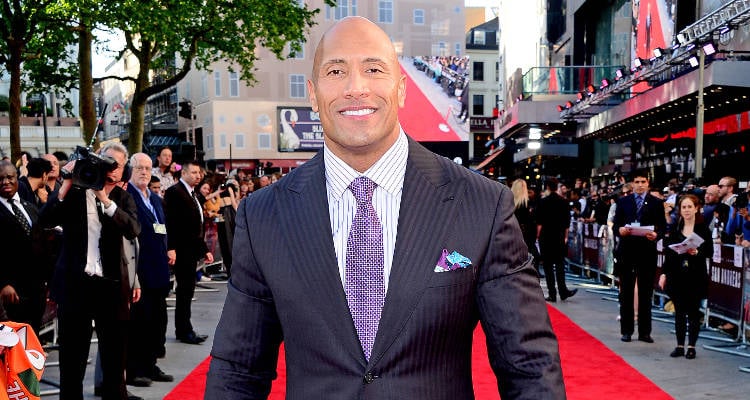 You really need your alarm clock today morning because Dwayne Johnson aka The Rock is coming to your home. You don’t believe it? Then just switch on your TV and catch Dwayne Johnson on Good Morning America today. The Rock is going to be chatting with show host Strahan as both men weave magic in the kitchen. You thought tough men can’t cook! Eat your words today morning as you watch Johnson flip some pancakes in the air. The big guy isn’t an unstoppable force only in the wrestling arena. He can prove his mettle in the kitchen as well. Good Morning America gets wild and wacky with Johnson trying  out some heavy duty cooking in the kitchen.

Johnson first caught the imagination of young kids with his performances in the World Wrestling Federation shows. He proved his mettle in the wrestling ring where he threw his competitors out of the ring with unerring accuracy. He went under the name The Rock and acquired a hysterical following especially among children. Hollywood came calling soon after that. Johnson made his break through in Hollywood with action movies like The Mummy Returns and The Scorpion King. Subsequent movies like The Rundown and Walking Tall cemented his status as the new action star on the block. Audiences gave Johnson a big thumbs up as Johnson smashed the bad guys and won the day in hit films. He gained widespread popularity after starring in the blockbuster action franchise The Fast and The Furious.

Johnson has a slew of movies lined up for release in the coming couple of years. Right now watch him try his hand at something that is really tough for tough guys. Cooking! Watch Johnson conquer new territory and get domesticated on Good Morning America today.