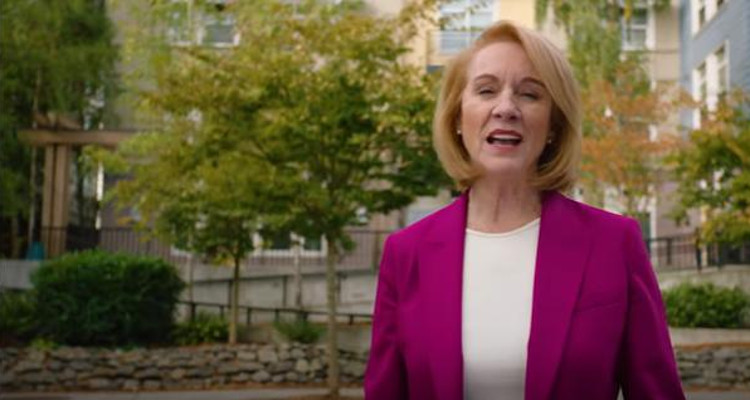 Jenny Durkan has won the Mayoral elections and has become the first female Mayor of Seattle since the 1920s. Durkan won with 61% of the votes in favor of her opponent, leaving Cary Moon behind. Is Jenny Durkan a democrat? Find out right here.

Jenny Durkan and Cary Moon have been the talk of the town for a while now, as they are the contenders for the Mayor’s chair in Seattle. Durkan is from an influential family background, and she was the first openly gay attorney to be appointed by President Obama. In her latest triumph, Durkan promises to tackle the lack of affordable housing and is open about President Trump’s faultiness.

Jenny Durkan is following in her father’s footsteps of being a Democrat. Martin Durkan served in the Washington State Senate for 16 years. He tried twice for governorship but lost both times. Jenny’s mother Lorraine Durkan was with the Ballad News as the executive editor there. Jenny Durkan’s net worth was estimated at $5.75 million and with her win and position as governor, we have no doubt it’s about to increase.

Durkan worked as the U.S. Attorney in Washington for the Western District, and overlooked 19 counties which housed 78% of the population of Washington. While in office, she focused on security, drug and weapon abuse, internet safety, and terrorism. She has prosecuted criminals involved in identity theft, skimming etc, in the cybercrime department.

Durkan, 59, is known for not supporting Trump and his ways, and after she won the seat, she added in her comment, “Can I just say, Donald Trump, keep your hands off Seattle.” The open comment clears up the whole confusion about Durkan being democratic, and moreover she’s going to make sure she finds out a way to make Seattle a better place to live.

Jenny Durkan and Cary Moon got the opportunity to stand for the election after previous mayor Ed Murray ended his efforts for a re-election. Murray was accused of sexual abuse by several men, and he decided to quit the Mayor’s post.

Jenny Durkan’s girlfriend is Dana Garvey and the two have been in a relationship with each other for 20 years, and have two sons together. The two purchased a home in Washington but according to reports, sold the near 7,000 sq. ft mansion for $4.3 million in May.

Durkan is reported to have bought a home in the Whidbey Islands for an estimation of $3.4 million back in 2000. So, as far as money goes, Durkan seems to be doing just fine.

Though the couple is not married, Dana has probably changed her name legally to Dana Garvey Durkan, which was seen on a deed of a property that was sold for $1.1 million back in 2009.