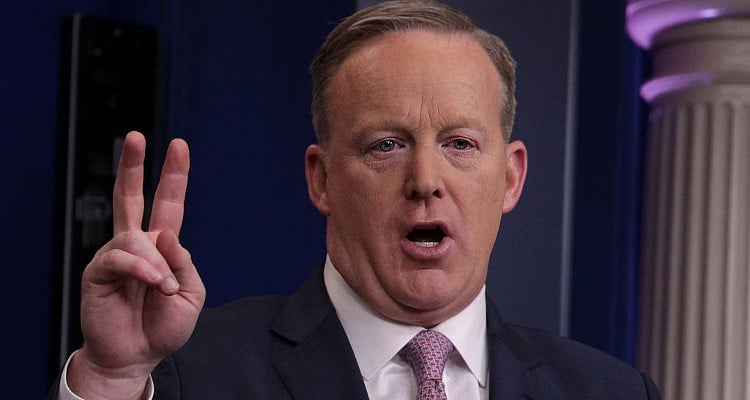 Sean Spicer has been appointed as the White House Press Secretary by President Donald Trump because of his political experience. Spicer has extra responsibility in this role as he must communicate with the media and the nation. Spicer’s first outing, however, has been less than perfect.

When you are the leader of a nation, you need to communicate with your people. That is why the post of the White House Director of Communications is so important, and President Donald Trump has appointed Sean Spicer as the man for the job. Naturally, there is a lot of curiosity to know more about Spicer, especially after his first appearance brought such controversy. Here are all the details we have from Sean Spicer’s wiki.

Who is Sean Spicer?

Sean Spicer is an American political strategist and the current White House Press Secretary and Communications Director for President Donald Trump. He was the communications director for the Republican National Committee from 2011 to 2017, and its chief strategist from 2015 to 2017.

Spicer was born on September 23, 1971, in Barrington, Rhode Island, to Kathryn Grossman and Michael Spicer. Sean Spicer went to Connecticut College from 1989 to 1993 and graduated with a BA in government.

A Lot of Experience

In 1999, Spicer joined the U.S. Navy Reserve as a public affairs officer. He studied at the Naval War College in Newport, Rhode Island, and earned a master’s degree in national security and strategic studies in 2012. Similarly, he worked in government with several Congressman from the 1990s. From 2000 to 2001, Spicer was the communications director and spokesman for the House Budget Committee. He specialized in communications and held that post for several government bodies over the years.

Also Read: Marc Mezvinsky Wiki: Net Worth and 5 Facts You Need to Know

Working His Way Up 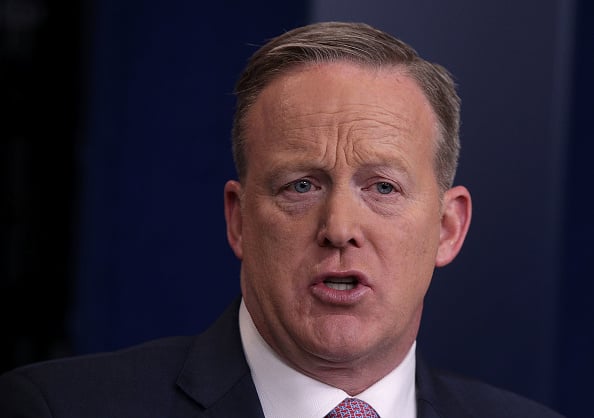 Sean Spicer had a stint in the private sector. He was a partner at the public relations firm, Endeavor Global Strategies for four months in 2009. However, he decided to return to political duty and became the communications director of the Republican National Committee in February 2011. He went to work immediately and accomplished several projects for the RNC, including increasing its social media operations, building an in-house TV production team, and creating a rapid response program to reply to attacks on the Republican Party. The RNC was impressed with his performance, and in February 2015 he was made chief strategist of the party.

Considering his long career with the Republican Party and the high-level posts he has held over the years, people are curious about Sean Spicer’s net worth.

Sean Spicer’s net worth is currently $9.4 million and set to grow.

Sean Spicer’s wife is television producer, Rebecca Miller. Spicer and Miller got married at St. Alban’s Episcopal Church in Washington DC, on November 13, 2004. Sean Spicer’s family includes Miller, and their two children. They live in Alexandria, Virginia, where Miller is a top communications officer at the National Beer Wholesalers Association. 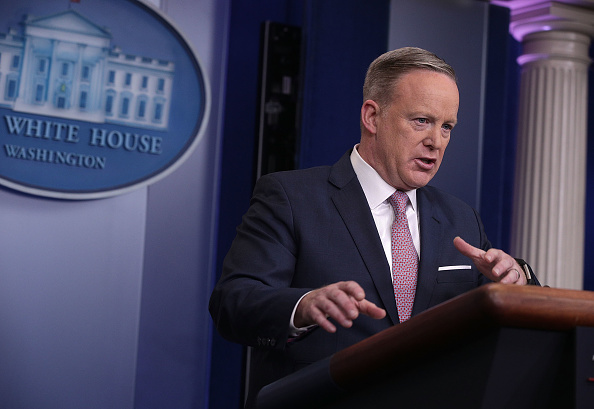 Unfortunately, Sean Spicer’s first outing as the White House Press Secretary has become controversial. He held a press conference on January 21, where he criticized the media for allegedly underestimating the size of the crowds for President Trump’s inaugural ceremony. He stated that the ceremony had drawn the “largest audience, ever to witness an inauguration, period.” According to available data, Spicer’s facts were wrong. This statement from Spicer immediately drew a massive outcry of protest from the media and political commentators across the board.

Prestigious publications like Vanity Fair, The Washington Post and The New York Times wrote derogatory articles about Spicer and accused him of lying to the public. Trump’s team defended their Press Secretary, saying that he was calling out the “dishonesty” in the media and how they were “delegitimizing the president.” This has become a war of words between the president’s staff and the media. In the midst of all this, Spicer himself has spoken out. He held a press conference on January 23, where he said that his definition of a viewing audience also included people who watched the event on television and online. Spicer has claimed that there must have been “tens of millions” of online viewers.

Whatever the truth is, this does not bode well for Spicer. In his position, he must have impeccable integrity and a good relationship with the media. People are upset that his comments could so easily be disproven, and they are not happy with how he handled the situation. There are major problems facing the country, and the nation wants solutions from President Trump and his team. Sean Spicer is in a position to be a positive and effective asset to the country. Going forward, he will definitely be watched every step of the way.