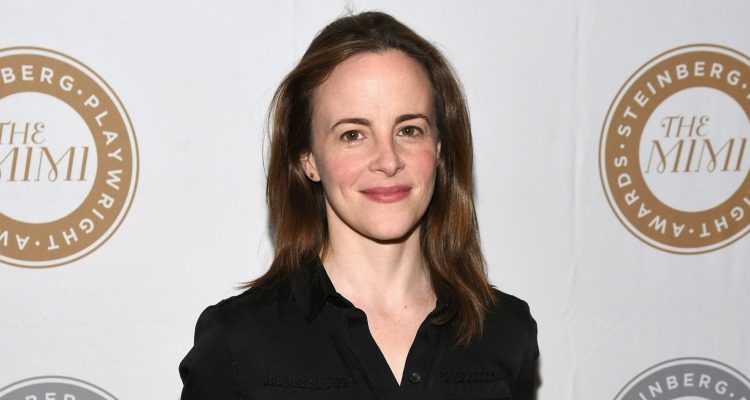 There’s been a lot of talk lately of the thrilling made-for-TV movies that the Lifetime Network has been producing, and tonight, fans can check out one of their best! Sea Change, Lifetime’s latest, is one scintillating new lifetime flick to look out for on the network. But before we get into the movie, let’s take a look at the Sea Change cast and story.

Sea Change is based on the 2009 young adult novel of the same name, written by Aimee Friedman. The novel has now been adapted onto the small screen and will be airing on the Lifetime channel, tonight (Sunday, September 17) at 8:00 p.m. EST. Before we see the cast of Sea Change take the screen, here is everything you need to know about the story behind this exciting made-for-TV movie!

Set in Maine, but filmed off the coast of Nova Scotia, Canada, Sea Change is a supernatural teen drama that, according to Aimee Friedman, only slightly deviates from its source material. Earlier in 2016, it was being considered to be made into a Sea Change series, but it seems the pilot never took off. Regardless, fans are just as happy to see it adapted into a Lifetime film.

Sea Change is about a teenaged girl named Miranda Merchant, who’s going through a tough time in life. Her father is deceased, she’s estranged from her mother, and there’s some serious tension brewing between herself, her boyfriend (soon-to-be-ex), and her best friend. Needless to say, all of this drama warrants a little rest and relaxation time for the 16-year-old as she escapes to Selkie Island, where her mother lives. Miranda decides to take some time off from her life and try to reconnect with her mother, Amelia, and get to know more about her family history and the small seaside town in which her mother resides. The deeper her scientifically inquisitive mind delves into her newfound hobby, the more inexplicable phenomena she discovers. And on top of all of that, she finds herself the subject of a love triangle between two irresistible boys: TJ, the heir to an old family fortune on the island, and Leo, a working-class bad boy with a mysterious past. All of this takes place amidst emerging urban legends about mythical creatures called ‘Sea Walkers’ and Miranda’s possible family connection to them.

Meet the Cast of Sea Change!

Emily Rudd plays Miranda Merchant, the strong-willed, nerdy teenage girl who voluntarily abandons the life she knows in order to start anew in an unfamiliar setting. Rudd is a relatively unknown actress, with only one credited role on IMDB for the upcoming TV series, Olive Forever. She was born on February 24, 1993, in St. Paul, Minnesota, and no, she isn’t related to the famous actor, Paul Rudd.

Thank you @tribecafilmfestival for making #thelastpokergame a part of the festival. And many thanks to @giselcalvillo for makeup, @joyousjmp hair and @ullajohnson for making such beautiful clothes. I was so proud to be a part of #HowardWeiner 's first film and to work alongside brilliant, playful #martinlandau. I need more practice sitting in chairs.

Maria Dizzia plays Miranda’s alienated and elusive mother, Amelia, in Sea Changes. You might also recognize this incredibly versatile actress from such hit series and movies as Orange is the New Black, The Blacklist, Martha Marcy May Marlene, While We’re Young, and True Story. She was born on December 29, 1974, in New Jersey and she received her MFA in Acting at the University of California, San Diego in 2001.

Keenan Tracey is a Canadian-born actor, who seems to have a knack for taking on parts in horror movies and TV shows. He’s made appearances in Supernatural, Bates Motel, and Polaroid. He’s the son of another famous Canadian actor, producer, and director, Ian Tracey.

Skyler Maxon is arguably one of the most accomplished actors on this list. He’s had guest appearances and recurring roles on a wide variety of TV shows, including NCIS, NCIS: Los Angeles, Teen Wolf, 90210, Olympia, CSI: Crime Scene Investigation, Faking It, and many more. He even starred in the 2013 Hallmark movie, Notes from Dad.

You can view the Sea Change trailer online here. Tune into Lifetime tonight at 8:00 p.m. EST to catch this exciting made-for-TV Flick!