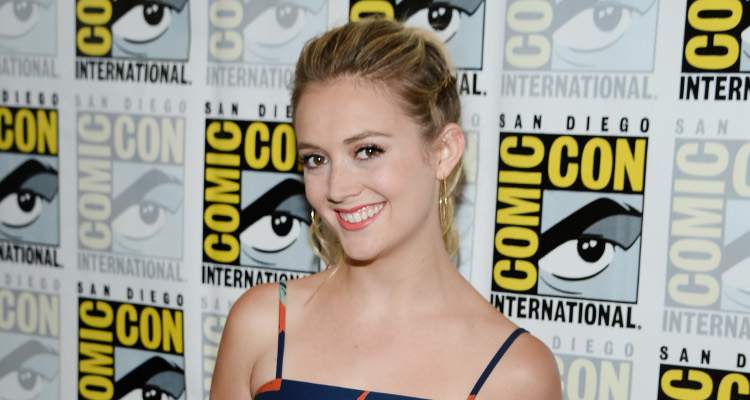 #GetReadyToScream your lungs out. #ScreamQueens returns tonight at 9/8c on @foxtv.

The cast is even more exciting in season 2, as John Stamos will be joining the cast as Dr. Brock Holt, and Taylor Lautner is also added to the cast as Dr. Cassidy Cascade. Chamberlin Jones (James Earl) is also a new character on the show, known as “Candy Striper.” If that’s not thrilling enough, Jerry O’Connell, Laura Bell Bundy, Cecily Strong, Cheri Oteri and Colton Haynes will also be appearing on the show in season 2!

Scream Queens season 2 begins with a time jump. Season 1 ended with the Chanels in a mental institution, after graduating from university. In season 2, it’s three years later and the girls are in a miserable state from the aftermath. They get the opportunity from Dean Munsch to enroll as medical students and to work for her at the hospital. Despite having no qualifications or legitimate credentials, the girls consider the offer.

Fans of the show are treated to exciting sneak peeks on the Scream Queens YouTube channel. The most recent videos feature clips from episode 1, so you’ve got to check them out! If you’d like a first look at Taylor Lautner and John Stamos’ roles, check out the video below!

Taylor Lautner recently joined the photo-heavy social media platform, Instagram, and he’s been promoting his new role on Scream Queens ever since! He seems thrilled to play Dr. Cassidy Cascade. Fans of the Twilight Saga’s wolf boy Jacob will certainly be in for a treat; he’s traded in his fangs for a doctor uniform, and it’s making him even more swoon-worthy!

In addition to the new males on set, two other newbies are joining the Scream Queen team: Kirstie Alley and Colton Haynes! Alley will be playing a devious, yet brilliant administrator at the C.U.R.E. Institute, but Haynes’ role is being kept a secret. If you’re anxious to find out what his role will be, tune in to Fox tonight (Tuesday, September 20) at 9 p.m. to find out!

In a report by Variety, Terrence Carter (Fox EVP of drama development and programming) had this to say about the new season’s darker atmosphere: “It felt like a really good opportunity to take our ladies and graduate them from the college atmosphere and the sorority universe and bring them into the adult world and put them in a workplace environment.” He contrasted the reality of the previous season’s setting and that of season 2 saying, “In college and high school, everything seems life or death, but in a hospital, they actually are.”

With a new cast, new setting, and a darker feel, season 2 could really shape up to be a hit with the audience! The changes made for season 2 will hopefully expand to a wider audience—this is Carton’s goal. “We want to keep the show as broad as possible. We had a great first season and it certainly really scored among young women especially. The backdrop of a hospital, both in terms of gender appeal and age appeal, certainly feels more broad than a sorority, which could feel a bit more niche.”

HERE IT IS!!! First teaser for season ✌?️ of Scream Queens!! @screamqueensfox

Fans looking forward to the season 2 premiere can tune into Fox tonight, September 20 at 9 p.m. to see what the new season has in store!